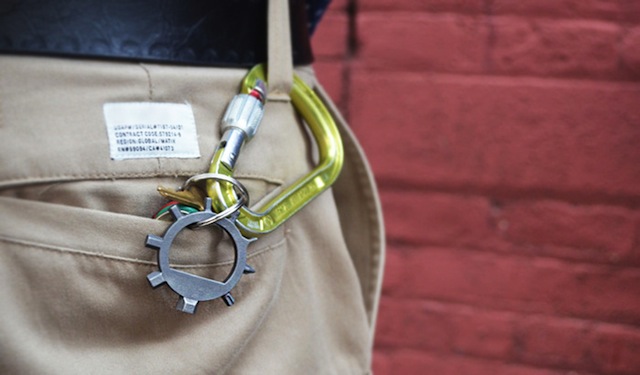 Brooklyn is full of makers and designers responsible for creating more than a few objects that have caught our attention as of late. Some are obscure, others ingenious, all are definitely awesome and left us wondering: Who made that? Here are three items from Brooklyn designers and inventors–a must-have bike tool, removable wallpaper, and an old school, audiophile-approved pair of headphones.

One Tool to Rule Them All

Given the popularity of the platform and the direct access it affords inventors to investors, it’s no wonder Kickstarter, and its contemporaries like Indiegogo, are the first place creative people turn when they’re trying to get a project (or object) off the ground. Jonathan Sabutis is one such designer. The 26-year-old Greenpoint resident is the inventor of Ringtool, which has the potential to be the most practical addition to your key chain since the Swiss Army Knife was invented in 1891.

Originally, Sabutis designed the circular tool, made of hardened and tempered stainless steel, for cyclists, but the functionality of it goes way beyond bikes. Each of its eight appendages–3mm, 4mm, 5mm, 6mm and 8 mm hex heads, as well as a flathead driver, a Phillips driver and a torx head T25–is intended to make life, and jobs like bike adjustments and furniture assembly, easier. At the center of it all is what Sabutis considers to be the handiest of all Ringtool’s many design elements: a beer bottle opener. Read the full story >>> 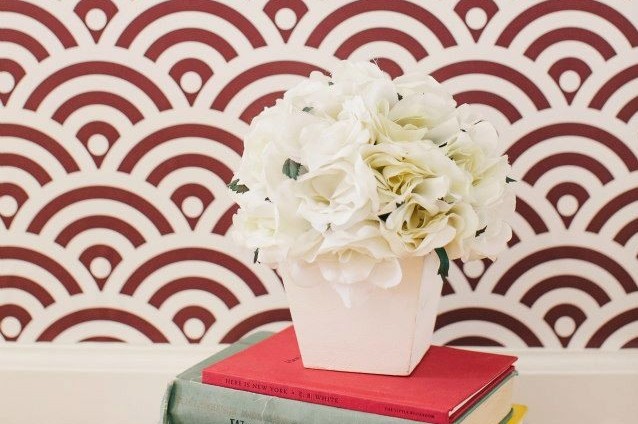 Creating a way to customize your living space without sacrificing your security deposit was the impetus behind Elizabeth Rees creating removable wallpaper. Photo: Chasing Paper

No Glues, No Rolls, No Problem

Deciding how much interior decorating you can do to a rental space without forfeiting your security deposit is the conundrum of every design savvy urban dweller. It was a question Elizabeth Rees considered seriously before starting her own company, Chasing Paper, which makes well-designed, removable wallpaper you can peel, stick and then sleep soundly at night knowing that it will come off the wall when you move.

“I’m 29, and I’ve lived in like 100 apartments in my 20s, and every time I move in, I just think ‘I really want to make it my own,’ ” says Rees, who recently relocated to the West Village. “I just kind of thought that there was this kind of median; something affordable that’s fun and designed well but not a huge commitment that’s going to hurt your wall. Your landlord isn’t going to screw you out of your deposit at the end of your lease. It’s a wallpaper of the future–not only is it removable, but it’s not just for walls.” Read the full story >>> 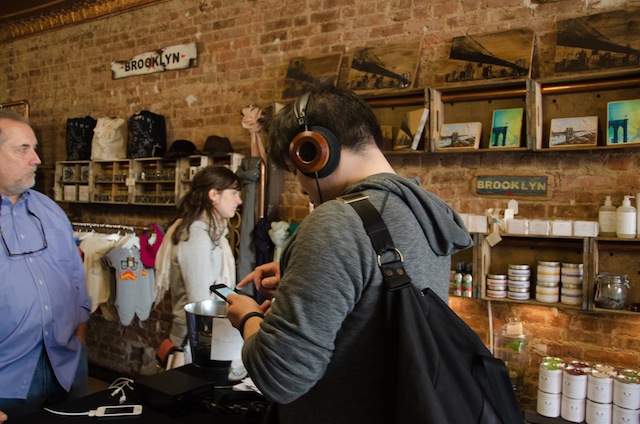 Grado Labs gave audiophiles a chance to check out the sound from its high-end headphones during a Meet & Greet at By Brooklyn in April. Photo Grado Labs

The design history of Grado headphones goes back much further than the smartphones or mp3 players that most pairs are plugged into these days. To really tell the story of how these headphones came to be the cult audio accessories they are today, we need to take it all the way back to the Sony Walkman. In the ’80s, around the time that the Walkman was introduced, Joe Grado, an audiophile who’d been running a successful business in Sunset Park since 1953, selling his patented phono cartridges–the thing that translates the vibrations of a needle on a turntable into an audio output, i.e. music–decided he’d try his hand at the headphone business.

“The Sony Walkman helped us grow, and then the addition of the Apple iPod grew us even bigger,” says John Chen, Grado’s director of sales and marketing, though he considers himself a “consigliere” for the family-run business. “The reason we got into the headphone business was because Joe Grado was an avid and serious recordist of music, and he found that there was nothing out there of the quality that he needed to make sure that his levels and microphones were in the right position. Thus the headphones were born.” Read the full story>>>