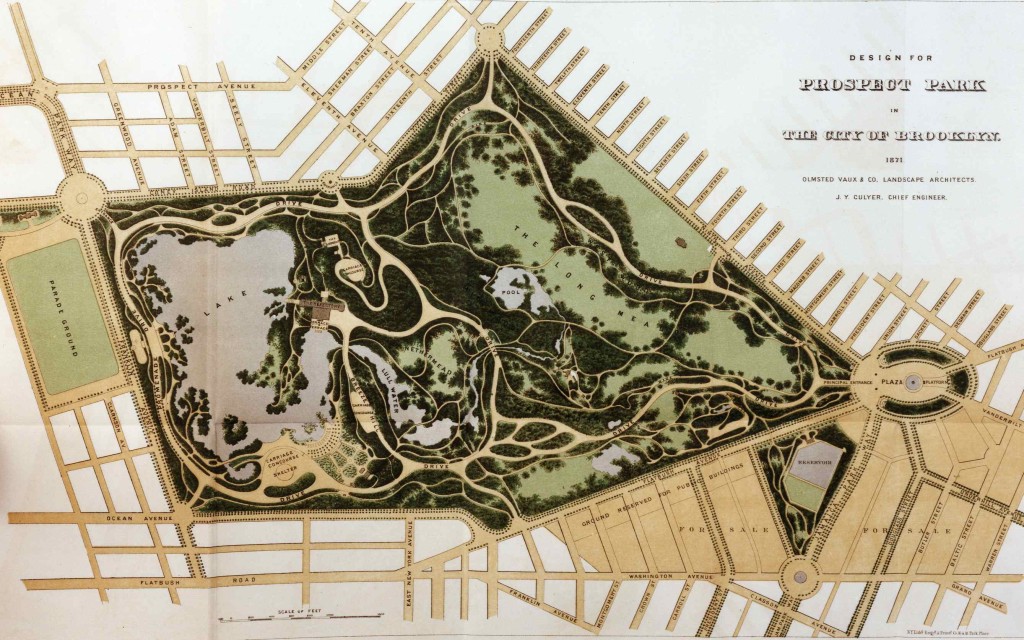 Brooklyn’s Prospect Park was designed for idyllic strolling and losing oneself in the wonder of nature, but even its architects, Frederick Law Olmsted and Calvert Vaux, recognized that park visitors would also want places to gather for amusement. So the landscape architects set about imagining their park’s only formal setting–Music Island.

An innovative marvel when it opened, Music Island was radically altered by the addition of Wollman Rink to the park in the mid-20th century, and spent the last 50 years in a state of disuse. Now an ambitious plan has restored the island and the area around it.


Construction on Music Island and its shoreside Concert Grove started at Prospect Park’s lake in 1871. The idea was that an esplanade along the water would offer a place for pedestrians to walk and carriages to stop for a moment to listen to music played from a bandstand on Music Island, out in the water. It would be a place for people to meet and gather, or maybe take refreshment beneath the fanciful Moorish-style Concert Grove Pavilion designed by Vaux. The Cleftridge Span Arch was added between the island and the Lullwater area to connect it with the rest of the park while maintaining a distinct sense of place and visual style. The arch used a new, experimental material from France called béton coignet, a sort of pre-concrete that looked like stone and had a similar hardness, but could be made into whatever shape a designer desired, using wooden molds. You can see this in the arch in the three repeated, ornate patterns. 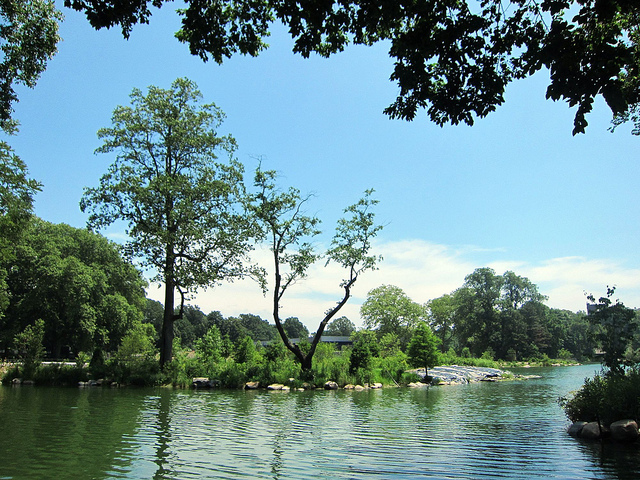 According to Country, Park and City: The Architecture and Life of Calvert Vaux by Francis R. Kowsky, Olmsted and Vaux designed Music Island in 1867, anticipating that “the larger part of the audience…will be moving during the interval of the music,” whether on foot, in a carriage or in a boat, while the “music will float across the lake.” In other words, tunes would drift from the island and form a backdrop for experiencing the beauty of the park.

Unfortunately, the major problem with Music Island was that you couldn’t hear the music.

Unfortunately, the major problem with Music Island was that you couldn’t hear the music.

The concerts moved elsewhere in the park and it gradually fell out of favor and into disrepair. The most radical alteration came in the 1959 when Robert Moses, that most influential of parks commissioners, plunked Wollman Rink down right on top of the Concert Grove, demolishing much of Music Island beneath a swathe of concrete. The statue of Abraham Lincoln in Concert Grove, which was meant to face the lake, was suddenly staring at a chainlink fence bordering the ice rink. Where there had been pastoral greenery there was grey, although the recreation and entertainment options were arguably much improved.

Later, a 1974 fire in a concession stand that was installed under the Concert Grove Pavilion during the Moses project destroyed all but its iron columns, although it was rebuilt in the 1980s with a sloped roof and stained glass window in the center with eight points. 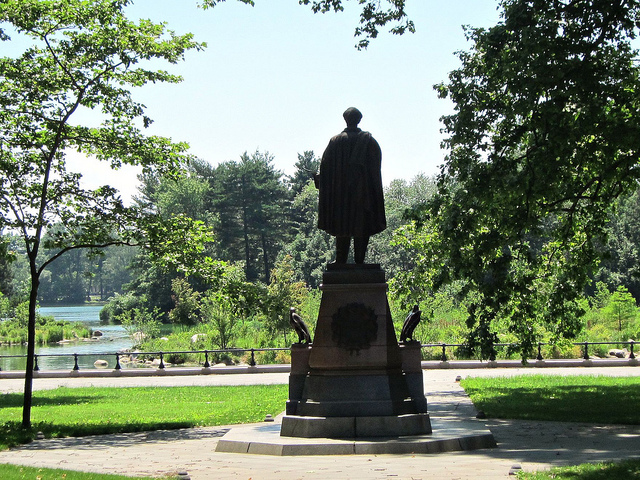 Lincoln once again has a view of the water. Photo: Allison C. Meier

While it seemed that Music Island’s memory was as forgotten as the island itself, it has now returned. In a project from the Prospect Park Alliance using Olmsted and Vaux’s original plans, topographical research and historic photographs, the teardrop-shaped island and its esplanade have been meticulously recreated following the demolition of the Wollman Rink. Even the granite walls and railings have been restored in duplicate, based on a piece of the original found during construction. This is just the first phase of a major 26-acre lakeside development project, which will include a new ice skating rink, but one that blends more seamlessly into the surrounding park environment. The Music Island area is expected to open to the public in the fall, although there won’t be a bandstand there any longer–only nature. Right now, you can glimpse it through a fence in the area around the Concert Grove Pavilion.

Now the 1868 statue of Lincoln again looks out on the water and the light dapples the lake through bald cypress and sweetbay magnolia trees. Even if Music Island is now a rugged natural oasis through which no music floats, a small but enchanting part of Olmsted and Vaux’s picturesque vision for the park has been restored.