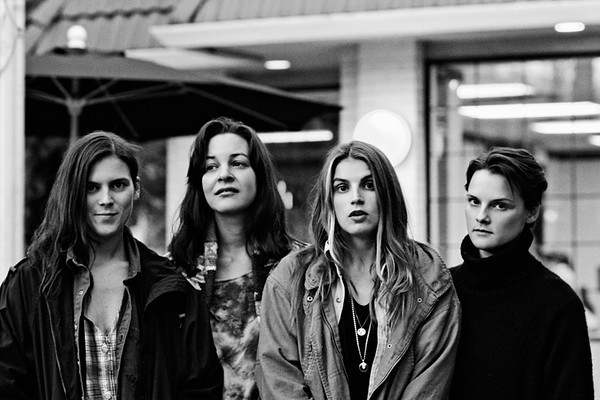 This week’s list of shows features some serious guitar-toting heavy hitters. New Order plays Williamsburg, Bob Dylan, Beck, Wilco and Ryan Bingham spend a day at the beach, and Trampled by Turtles headlines a bill chock-full of strings. But there’s some serious new talent on the list, too and on these long summer nights, plenty of time to see them all.

British new wave band New Order spent much of the past 23 years breaking up and making up, but the group is on-again this summer with a North American tour that stops at Williamsburg Park this Wednesday. Comprised of the remaining members of iconic post-punk band Joy Division, following the suicide of lead singer Ian Curtis, New Order recorded some of the catchiest synth-based dance classics of the 1980s and its latest album, this year’s Lost Sirens, retains some of that frenetic, dance-floor pace while leaning more heavily on guitar riffs and chord progressions.

All-female four piece TEEN isn’t spanking new, exactly; their first full-length album, In Limbo, arrived last year, flush with hypnotic melodies, layered instrumentals, and occasional standout vocal spells by lead singer and multi-instrumentalist Teeny Lieberson. Their new EP Carolina is as grounded and decisive as its predecessor is hazy and languid. Heads keep turning in this group’s direction: they recently played MoMA Nights, a weekly showcase of emerging talent. Plus, the video for Electric is rad.

Okay, so this show’s all the way out in Jones Beach. It’s a haul. But you know it’s a ridiculous line-up when Ryan Bingham looks like a no name compared to the rest of the bill (and he’s not. Have you seen Crazy Heart?) Maybe you missed out on tickets to Beck’s sold-out show at Prospect Park later this summer. Maybe you haven’t seen Bob Dylan in the last 30 years. Maybe you’re just surprised it’s not sold out. Whatever your reason, it’s good enough to fill your car, your friend’s car or a Zipcar full of friends and high tail it out of your neighborhood for the night.