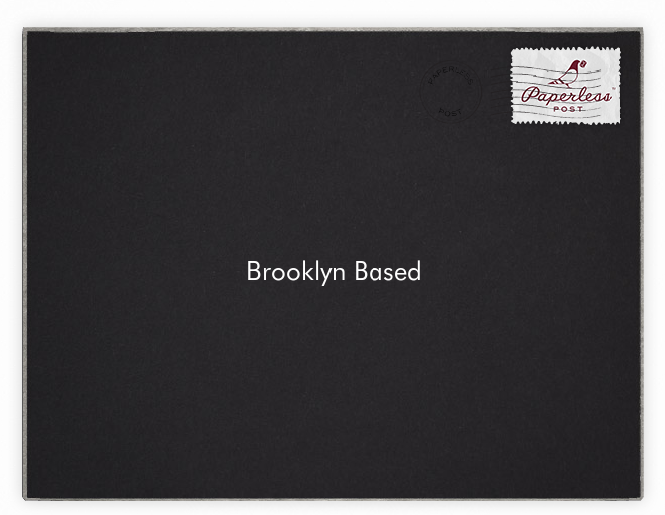 You’ve got to network. We’ve say it over and over again here at The Freelance Life, but that’s because it can make all the difference. Your run-of-the-mill literary networking means going to weird publishing parties in stuffy midtown buildings or attending happy hours while wearing a name tag (only to suffer through a white wine special), or slugging it out in the trenches (read: cramped uninteresting Murray Hill bars) in the name of meeting people. It means $11 for well bourbon. It means going to parties thrown by folks who are not living the freelance life. But it’s all to a great end, right? One great conversation can be all it takes.

Over the years I’ve found myself attending event after event, trying to decipher what makes one lit party more successful than another. Surprisingly, the answer isn’t always a hefty budget.

In the DIY spirit, if  you don’t like or aren’t getting invited to the New York lit world parties of your dreams, throw one yourself. As host you will automatically become the center of attention. Isn’t that the reason you became a writer in the first place?

Here’s some tips on how to make it happen.

BeerRightNow is an amazing beer delivery service based in New York that can pack up everything from a six pack to a keg and get it to your door (with cups and ice) all for a small delivery fee. The crew is efficient, quick, and totally thorough. With just a phone call and a few emails these magical alcohol elves will whirlwind right in to drop off the booze and appear a day later to pick up the keg taps and trashcans. Side note: If your party is star studded, they sometimes do sponsorships. Ask for guidelines.

You Need a Space.
Wix Lounge (235 W.23rd) is an incredible, free event space (and co-working space) just steps away from Union Square. It’s lovely space with tons of windows and beautiful, natural light into the evening hours. The folks here cater to creative types and to get the space all you need to do is apply.

You Don’t Need Gift Bags (But They Are Super Classy).
I mean, the Vanity Fair Oscar party had e-cigarettes…why shouldn’t your party? Kanye won’t be there probably (thank god), but your freelance crew deserves to be treated like royalty. Apollo E-cigarettes come in all sorts of marvelous flavors (including coffee) and you should try to cop a few for your gift bags. They can even get you ones without nicotine if you’re a teetotaler. Ask for Giulia, when you call: she can tell you all about the bulk discounts and or how to get some sponsored.

You Need to Know Who Is Coming.

If you’ve put down some roots as a freelance writer and have corresponded with enough interesting people to make up a quality party crowd, you’d be smart to check out some of the online invite services that make it easy to keep track of who’s coming. If you have a couple extra bucks to spare, Paperless Post is probably the most elegant of the online invitation services, and it does a bang-up job of bugging people until they RSVP. However Evite, the original online invitation service, is a close second and it’s entirely free.

If you don’t have the email rolodex to use one of these services, Facebook is your next best bet. We’ve talked about the social networking etiquette on TFL and so we know that a Facebook connection is a bit more personal than following someone on Twitter, but sending a friend request to a writer you admire is often worth a try. If your social network is underdeveloped, getting your friends to invite their friends on Facebook (you must grant them access to invites via your settings) is your best bet. Personalize as much as you can. Call it a networking party, and people will come to network. If the party is exclusive and you’re not just inviting everyone you’re friends with, go ahead and say so. If you don’t people will assume you’ve invited everyone under the sun.

You Need to Conduct Yourself In A Host-Like Manner.

Have fun! Realize that all these folks came out to YOUR party because they want to see you and meet your crew. This is exciting. Make sure to take the time and chat it up with everyone you’ve invited and take the time to meet the people they brought. If you see an empty drink offer to refill it or walk that person to the bar. Bring groups of folks together who should know each other. It’s a networking party after all and you’re the ring master! Do this with pride!

Leaving the person you’re engaged in conversation with is a very tricky part of this process. Two things that work in this situation are, “Well, I could talk to you all night, but I better make the rounds,” or, hooking your current conversation partner up with the closest un-engaged guest.

If the party is on the lull think about why. Are folks just leaving? Is the booze gone? If so, get with the remaining guests and engage them. People leave when they feel like they aren’t being paid attention to or they’re bored… ask the remaining folks what their plans are for the night…maybe allow the scene to move to a local bar. Don’t force anything.

A playlist is key, but you must keep your audience in mind. I love Neurosis, but I would never play them at a party. I tend to lean towards Sam Cooke, Stax records or Motown. But if you have time, a well-curated playlist can do wonders. Start it off mellow, let it build slowly and then wind back down. You might assume that lit folks listen to indie rock and “literary tunes”–but at the end of the day, there’s nothing wrong with a little bump and grind. Also, if you can get a music writer or even a novelist to guest DJ, that’s always a plus. People read someone’s novel and they become fascinated with the person behind it. So, if they go to your party and listen to them play The Smiths for three hours they’ll feel like they have an even deeper understanding of their emotional complexity.

Aside from the networking benefits, a party is a great way to reward yourself for all the hard work you do. Get a few friends, a few bucks each, a great guest list, a mix tape and some fantastic drinks (and maybe some e-smokes) and have a party to treat yourself. Forget the name tags though…it’s much sexier to have to ask.