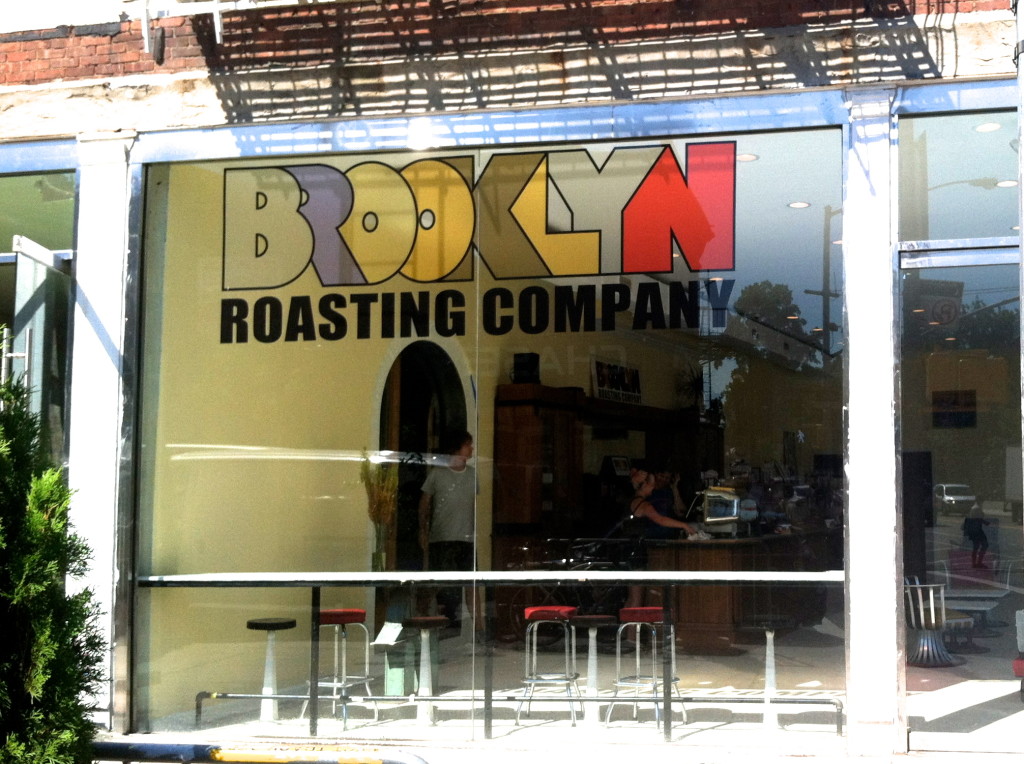 Brooklyn Roasting Company’s second site across the street from Steinberg Studios by the Navy Yards is now open. Photo: BB

It feels like I’m giving away trade secrets in what I’m about to tell you, but word that Brooklyn Roasting Company recently opened a second outpost on Flushing and Washington avenues was bound to get out eventually. The glass walled corner space now occupied by Brooklyn’s greenest roastery can’t fly under the radar for very long, and despite it still needing last minute touches like hanging the stacks of canvases currently collected against its walls, the cafe is open for business, and it’s already being embraced by freelancers in the area who were in desperate need of a place with a good cold brew and plenty of counter space.

Though it’s not technically in the Navy Yard, BRC’s second spot does serve both employees of Steiner Studios, located right across the street, and the growing consortium of creative types slowly encroaching on the area as rents get higher in nearby Clinton Hill and Fort Greene. It’s taken more than two years to to find a comparable replacement for Tillie’s, which was the closest coffice around before it closed on DeKalb Avenue in 2011, but BRC looks like it could succeed where other local coffee shops have fallen short. I’ve done a little coffee shop cross comparison is the past few days, and what I can tell you is the coffee is fresh, brewed to be strong and cheaper for the most part, though you’ll still pay $4 for a latte–a large iced coffee here costs the same as a small a few streets up at places like smooch and Bittersweet; the pastry case is filled with donuts from Dough, pop-tarts by Magpies, chocolate croissants and financiers from Colson Patisserie in Park Slope and chocolate chip and flourless cookies and caneles from Fresh Fanatic up the block; there are also cold breakfast and lunch sandwiches from Margo Patisserie in Williamsburg.

Old-school diner booths and a counter top that wraps around the perimeter of the space offer ample room to set up shop; and its sunny interior is far less sterile than Ted & Honey’s inside BLDG 92, though it can’t touch the view from T&H’s terrace.