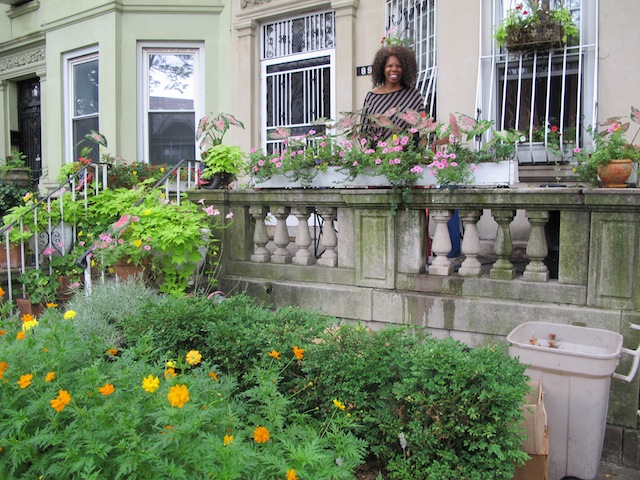 It took 10 years and the effort of almost the entire block, but Sterling Street between Washington and Bedford aves. is now the Greenest Block in Brooklyn. Photo: BBG

Every year, the Brooklyn Botanic Garden offers up an urban equivalent of having the best kept lawn on your block, in the form of its Greenest Block in Brooklyn contest. This year, almost 200 blocks across 25 neighborhoods in the borough pruned, planted and beautified their streetscapes in an effort to earn botanical bragging rights for the next 12 months. From mid-June through July a panel of 20 judges comprised of journalists and professional horticulturist looked for Brooklyn’s greenest block based on color and total visual effect, citizen participation, variety and suitability of plants, soil condition and use of mulch, street tree and tree bed care and all-around best horticultural practices. The winner of the residential competition was Sterling Street between Bedford and Washington avenues, which, after having entered the competition every year for the past 10, finally took first place. The winning residential block had almost 100% participation from the 60-80 houses on its street–which is impressive and pretty unprecedented in the 19 years since the competition started. Here’s a full list of winners and categories.