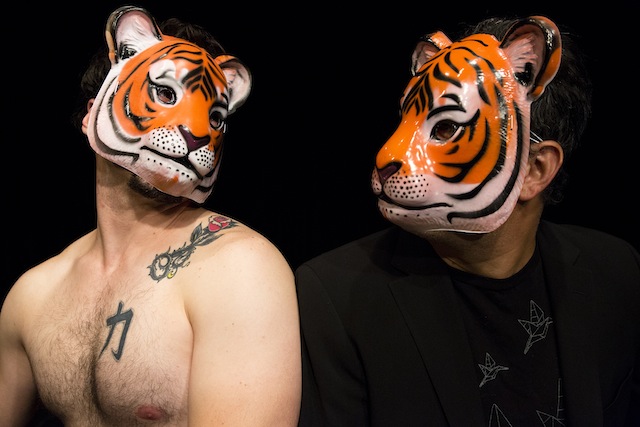 Actor Nic Grelli makes a pass at Bobby Plasencia in a scene from “The Boat in a Tiger Suit,” which opens at Brick Theater on Thursday. Photo: Hunter Canning

Hank Willenbrink is one playwright who has earned his stripes. His latest work, The Boat in the Tiger Suit, opens on Aug. 22 at The Brick Theater for a six-day engagement directed by José Zayas, and we encourage you to pounce on tickets like a pile of catnip. The dark comedy about family ties takes place on a pair of dinghies and sounds like it’ll make your own dysfunctional family feel, well still dysfunctional, but at least your issues aren’t playing out in a row boat, in front of an audience. The curtain goes up at 8pm–don’t be late.