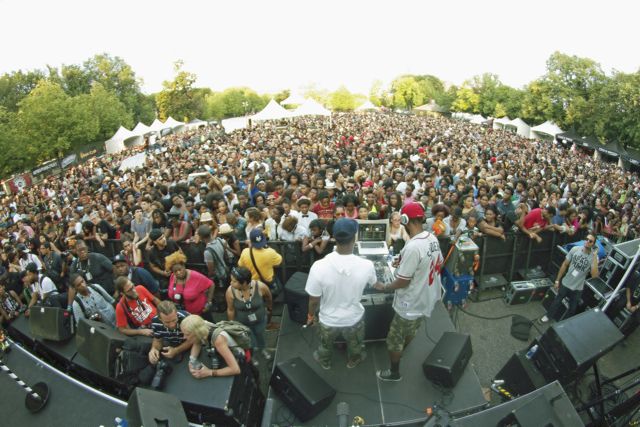 The annual Afropunk Fest is expanding in its ninth year to include a wider range of music and a slew of after-hours events at surrounding bars and restaurants. Photo: Ed Marshall

This weekend the Afropunk Fest returns to Commodore Berry Park for its ninth year, and it’s clear that the much-lauded musical showcase has expanded its focus to include genres outside of its punk roots. The lineup is stellar, as always, and includes a wide range of acts, including Chuck D, ?uestlove, Living Color, Big Freedia, Death, Jean Grae, Saul Williams and Wicked Wisdom, which, for the uninitiated, is Jada Pinkett-Smith’s metal band. The two-day event also features a brigade of 26 food trucks, a skate park, a bike show, an art wall and a market selling crafts and clothing made by local independent artists. This year the party will continue after the park closes at nearby bars and restaurants that will host comedy shows, celebrity DJ sets,  art installations and more as part of the newly-added Afropunk After Dark series. Admission to all of it is free if you RSVP, but donating just $25 to get a fast pass that lets you cut the lines seems like a smart move. Donate via paypal, then bring your receipt to the festival to collect your fast pass at the merch tent.