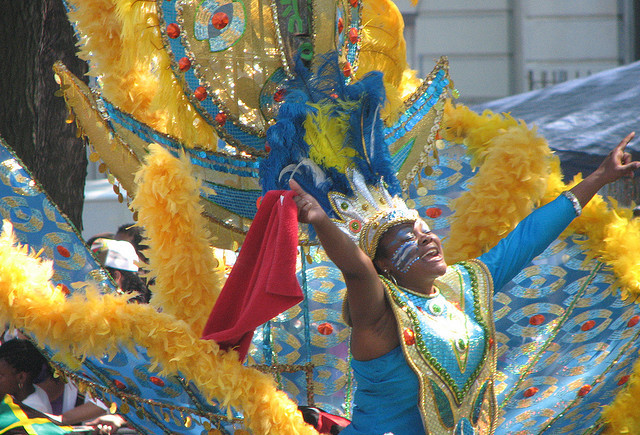 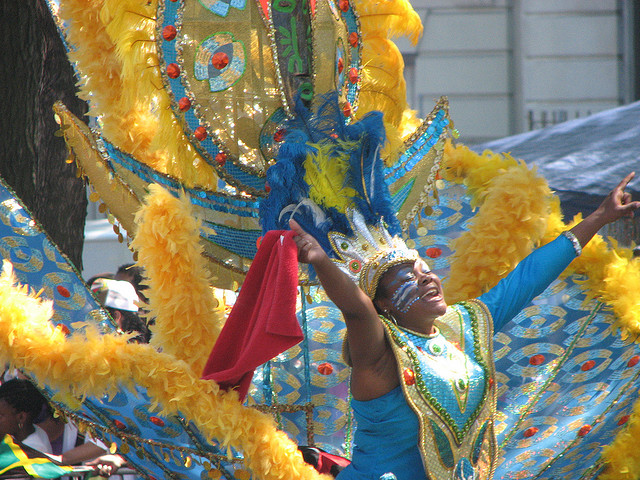 Come dance to the rhythm of the steel drum bands at Carnival in Crown Heights on Labor Day. Photo: David Berkowitz

Labor Day is here again, which means that the West Indian Carnival Day Parade is back to delight millions of spectators (seriously, the event draws between one and three million revelers from all over the world) with its colorful, feathered costumes, elaborate floats, thumping beats and delicious Caribbean cuisine. As anyone who has ever been will tell you, the event, now in its 46th year, is not exactly easy to move around in, due to the massive crowd that lines up along the Eastern Parkway parade route and a perennially heavy police presence monitoring the crossings. Nonetheless, it is a spectacular cultural celebration and one that you really shouldn’t miss if you are sticking around this weekend–even if it means arriving early to secure a good spot to take it all in. If you really can’t handle so many people converging on one street, consider checking out one of the other events in the five-day lead-up to the parade, like Caribbean Woodstock on Thursday or the Steel-Band Competition on Saturday. You’ll have to buy tickets for those, but the parade itself is free (aside from whatever cash you’ll inevitably spend at one of the many food stalls).