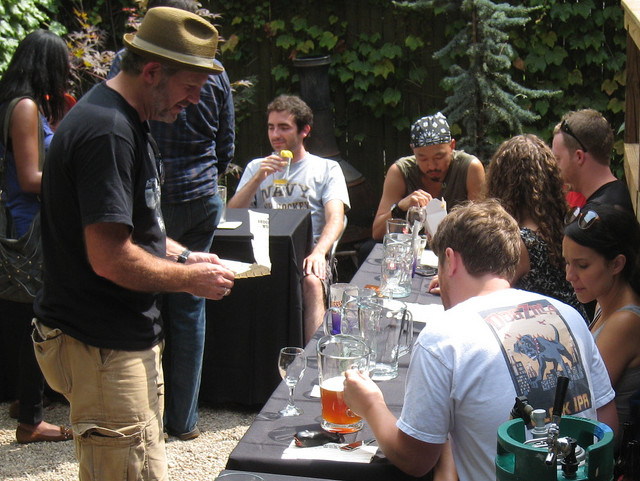 If there is one thing that the Nielsen ratings tell us, it’s that America loves to watch amateur hobbyists engage in a head-to-head competition to be crowned “the best” at something, whether that something is surviving, dancing, modeling, cake-making or sheer repetition of the phrase “I’m not here to make friends.” Brooklyn Wort is bringing a dash of that competitive spirit to the beer world with its Brooklyn Homebrew Competition, taking place this Sunday at the Bell House.  Starting at 1pm, 30 of the borough’s finest homebrewers will vie for the coveted “best overall beer” title, not to mention $1,000 in cash prizes. The entries, which have already made it through a rigorous preliminary screening, will be judged by a distinguished panel of beer luminaries, as well as by attendees in a separate People’s Choice category.  Tickets are $40, which includes a tasting of all 30 beers, a plate of food from Zito’s Sandwich Shoppe and a chance to vote for your favorite brew.