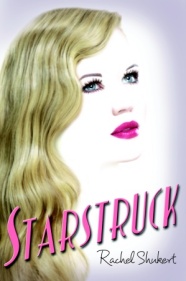 It’s that time of the year again folks, so slather those apples in honey, (I recommend Granny Smiths because they’re a good balance of flavors) and rock out thinking of all the great things you’re going to do this year because next week shall consist of much hunger and ruminating on the ways in which you’ve been a bad Jew, a bad person and a bad Jewish person. It’s been over a hundred years since Rosh Hashanah has fallen so early in the month, and it’s a major pain, and your employers just don’t get why you have to take such a crucial week off, but as Will Smith once said, “sometimes goyim just don’t understand.”

So today on Booklyn, let’s give a shout to a couple of Brooklyn- (and one Manhattan-) based Jews who’ve been so good this year for the lit world, Hanukah Harry is going to come and visit them with a huge sack of gelt come December.  Because let’s be honest, our parents wanted so badly for us to be doctors or lawyers, but novelist is the one arts career least likely to shatter their hearts and so, the authors listed below, have done a mitzvah.  Here are four Jewish writers who are set to have an exciting new year.

Rachel Shukert
Having made a name for herself as the Tablet Magazine’s tongue-in-cheek pop culture analyst with a fiction a writer’s heart, Shukert has become one of the great young voices in the city’s current literary scene.  Her style is less know-it-all and more genuinely engaged than say a Klosterman and her 2013 novel Starstruck was gobbled up and savored by critics. She’s definitely earned the spotlight this year by representing for Jewish writers and guilty pleasure enthusiasts everywhere.  Who says you can’t write celebrity gossip and pop culture in an intelligent way?

Royal Young
Here at Booklyn, we like to champion young Royal Young because he manages to be hip and unpretentious at the same time, which is a difficult feat.  It’s hard to be genuine in the literary world–for a long time earnestness has been shunned by taste-making readers.  Royal’s Girls-esque memoir (even though it’s about a boy) Fame Shark debuted in 2013 to much hype and the year 5773 will see the release of the audio version, which is likely to be the perfect road trip listen. 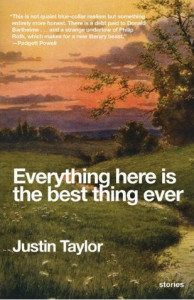 Justin Taylor
Taylor released his short story collection and first novel in close proximity to one another on Harper Perennial, and edited a photo book about literary tattoos (Word Made Flesh) around the same time, creating a perfect storm for the writer whose debut Everything Here is the Best Thing Ever you couldn’t help but admire and maybe even feel a jealous of.  He’s also incredibly young and publishing his third book, a new story collection, this year.  On top of it all, Taylor is the co-founder/editor of The Agriculture Reader, an arts annual.

Adam Wilson
I was late to the game on Adam Wilson, having finally caught up with his 2012 debut novel Flatscreen a few weeks ago, but I’m glad I did.  While his actual writing style is far more nuanced, the protagonist from Wilson’s debut novel Flatscreen Eli Schwartz is like a Jewish post-millennium version of Bukowski’s Henry Chinaski. Schwartz’s problems with modernity seem the same as Chinaski might find were his creator alive today.  What’s Important Feeling, Wilson’s new story collection comes out in February, on Harper Perennial.