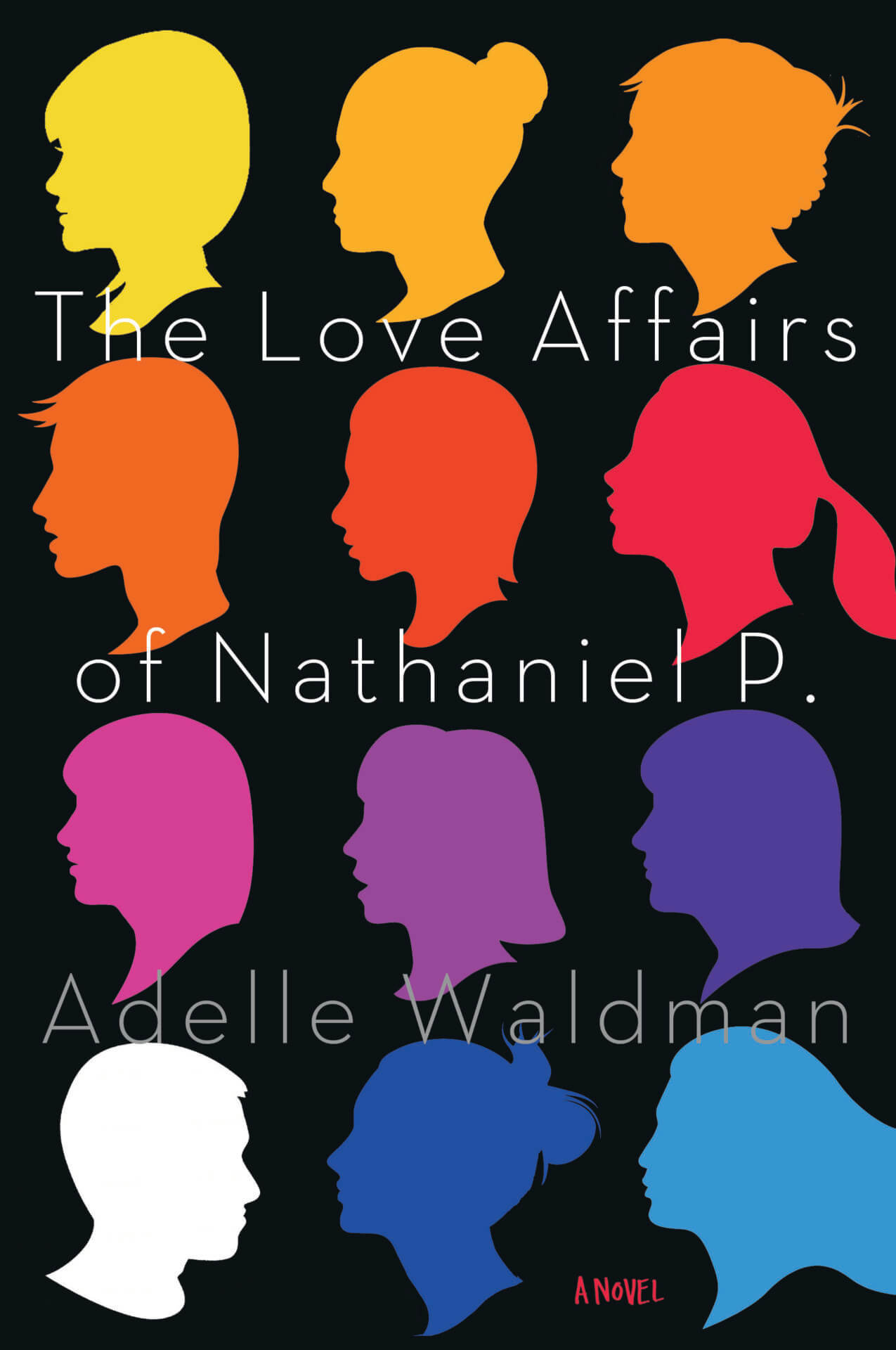 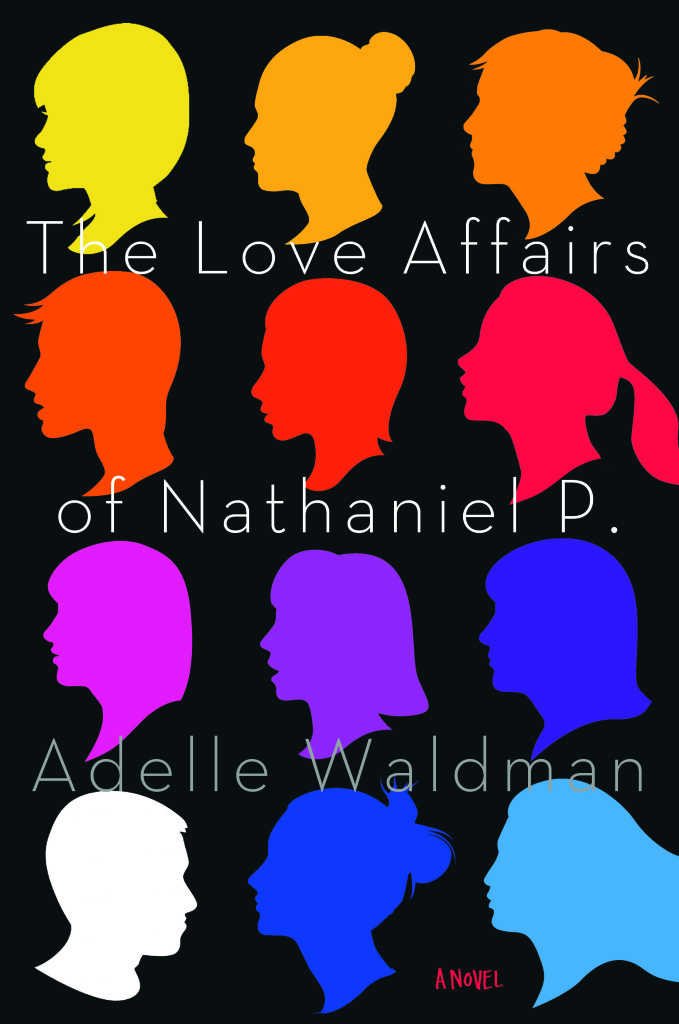 It is a truth universally acknowledged, that a single man living in Brooklyn, must be in want. Want of what though, is the question that has been uttered over a million brunches, as the complex mechanics of the male Brooklynite mind have been dissected and examined by countless women looking to understand why, exactly, he acted like that. In The Love Affairs of Nathaniel P., Adelle Waldman wields her pen as well as the sharpest Victorian social critic, ripping apart the Brooklyn dating scene.

Have you ever puzzled over exactly what was on his mind as he didn’t answer your phone call, or checked out that cute little waitress at the cafe down the street? Waldman, like a deep sea diver entering the mid-Atlantic trench of the male psyche, seeks the answers to these questions as she enters the male gaze of Nate Piven. Men will probably see themselves in Nate, women have probably gone on a date with a Nate, and through the discussions of writers and films and the latest New York Review of Books, Waldman shows that Brooklynites are really just a group of fragile humans, looking for love and connection, albeit in a slightly more complicated way than everyone else.

While she doesn’t have the answers to the world’s many dating mysteries, Waldman was kind enough to pass along what she learned about love affairs while writing her book to our Lit Lovers columnist, Jack Palmer.

Jack Palmer: The Love Affairs of Nathaniel P. is essentially a novel of manners, a form that immediately conjures ideas of Victorian England. What inspired you to modernize it for contemporary Brooklyn?

Seriously. I’m not sure I think Nate is as self-obsessed as many readers think he is. If someone came along and spied on my inner life, the way I spied on Nate’s, I’m not sure I would look all that much better.

Adelle Waldman: I’m so glad you see it that way! As a reader, my first and maybe greatest love is for the 19th century novel. In my favorite 19th century novels, characters are drawn with great patience and care, the small struggles of ordinary life are treated with such respect (if also with wry humor), and the authors bring to bear so much moral and psychological insight. At the same time, as a writer, I wanted to explore modern life—life as I know it, in Brooklyn. What I had long hoped to do, well before I began to write this particular novel, was to examine contemporary life—and especially contemporary mating habits—with some of the moral seriousness and compassion I admire in my most beloved 19th century novels.

JP: In the form of the character of Nate Piven, you take on the male gaze. How did you learn to do such an accurate impression of a self-obsessed Brooklyn literary male? Did you do any particularly enlightening research observing them in the wild?

AW: Well, for the literary part, I had only to look inward. Ditto for the self-obsessed part. Seriously. I’m not sure I think Nate is as self-obsessed as many readers think he is. If someone came along and spied on my inner life, the way I spied on Nate’s, I’m not sure I would look all that much better. Although I hope I am nicer than Nate in terms of my behavior, I’ve got to admit that I too spend a great deal of mental energy reflecting on my feelings, my desires, my ambitions and my friends and family. Maybe other people are more altruistic, even in the privacy of their own minds? For better or for worse, I’m more like Nate.

As for the male part, I drew on years of experience as a reader of psychological novels—and my favorite psychological novelists, like Flaubert, Eliot and Tolstoy, are great at drawing both male and female characters—as well as observations stored up over the years, from watching my brothers and male friends and men I dated.

JP: Throughout the book many of the characters experience a disconnect between the way they are expected to act, and the way they want to act. Is this dilemma particularly acute for Brooklynites?

AW: I don’t think what you point to is limited to Brooklynites. I certainly hope it isn’t, anyway, because I think the clash between our principles and our desires is part of being human, of living in civilization. I’m wary of people who say they don’t feel this tension. I can’t help but wonder if they lack principle—at least, this seems to me more likely an explanation than that their desires just happen to line up perfectly with their ideals. So, yes, I think many aspects of Nate’s inner life, and his friends’ inner lives, are universal, even if the details, the external manifestations, have a particular sort of of-the-moment, Brooklyn flavor.

JP: Another common concern of the Brooklynites in The Love Affairs of Nathaniel P. is the chasm between their existence as frivolous “creatives” and the lives of residents of the neighborhoods they are gentrifying. Is this an anxiety you feel yourself as a Brooklyn writer?

AW: Absolutely. And I don’t know what to do about it, any more than Nate does.

JP: What dating advice would you give to young Brooklynites?

AW: Women: Don’t date Nate. I like Nate in a lot of ways, but the problem with Nate as a boyfriend is that he doesn’t really want to be in a relationship. That means at the first sign of difficulty—as soon as things stop being perfectly exhilarating—he begins looking for reasons to get out of it. If you want a boyfriend—a real, mature one who will be a partner to you—be honest with yourself about that and try as best you can to date guys who want that too. Not that it’s always easy to know who is who, unfortunately.

Men: If you are like Nate—and if you are secretly kind of proud of the fact that that you care more about your art or your career than about relationships—you might want to think hard about how much you miss out on, intellectually and artistically, by failing to engage in meaningful, long-term relationships. There is a wisdom and a self-knowledge that comes from interacting so closely to another human being—from getting, and staying, close enough to see someone else’s weaknesses and show your own. Too many years without that—with only frivolous relationships that don’t get very deep—and you risk falling behind in a very real sense, becoming less mature than the people around you. Needless to say, this will not help your art.

And if you are with someone you once liked and you feel yourself growing restless, push yourself to think hard about what is going on and why, no matter how uncomfortable—don’t conflate compiling a list of reasons to bail with “introspection.”

All people (male, female, gay and straight): When you have power, use it benevolently, empathetically. Be kind to the people who make themselves vulnerable to you, even if doing so means you have to put yourself to a tiny bit of trouble. On the page, in black and white, it looks bad when we see Nate being casually selfish in ways that are hurtful to Hannah, and yet I think so many of us are guilty of this kind of thing in our lives. We should try and do better.

Adelle Waldman will appear on the panel “Faces of Brooklyn” at the Brooklyn Book Festival with Pete Hamill and Adrian Tomine on Sept. 22 at 3 PM. She will also be at Pete’s Candy Reading Series on Oct. 24 and the Franklin Park Reading Series on Nov. 11.