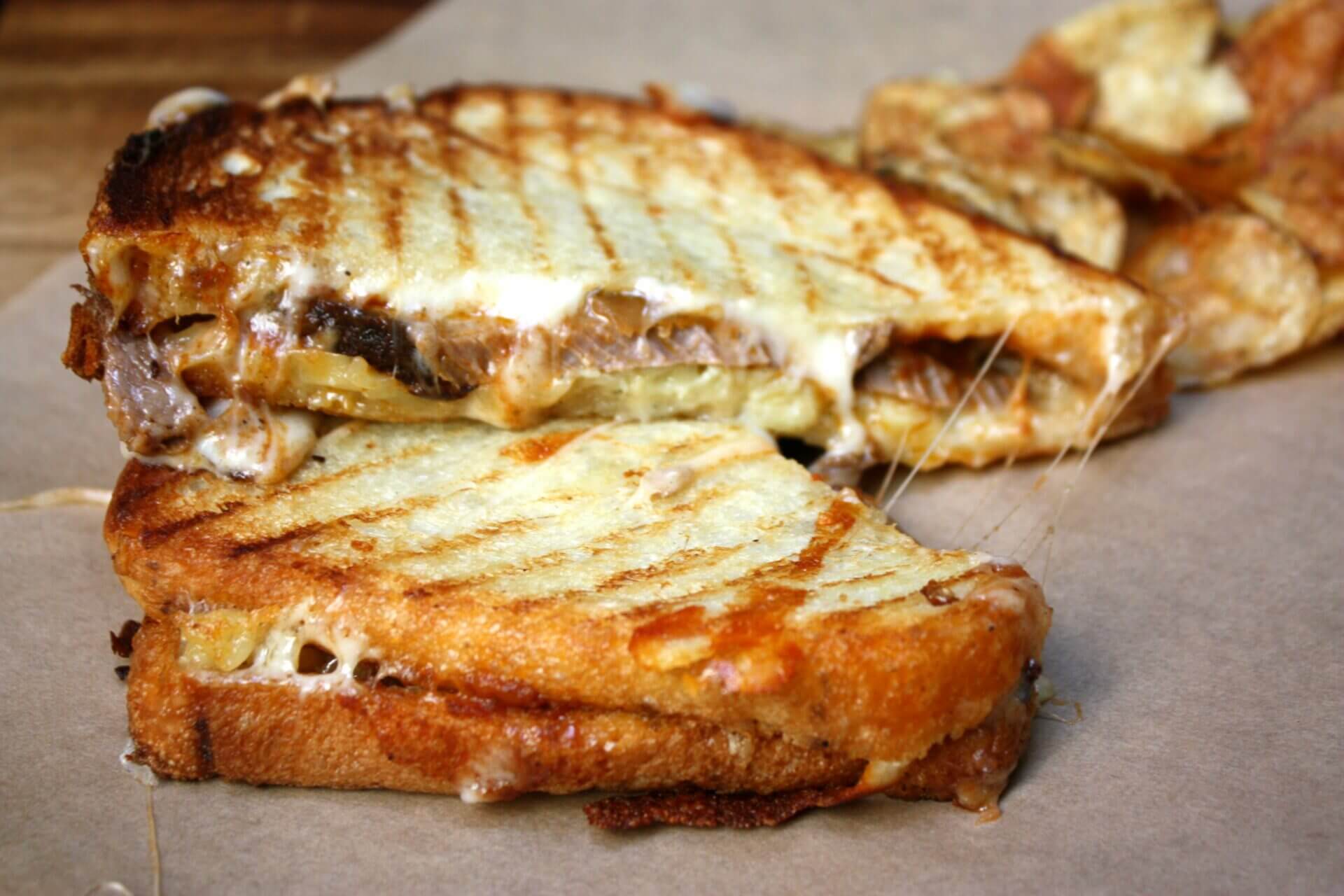 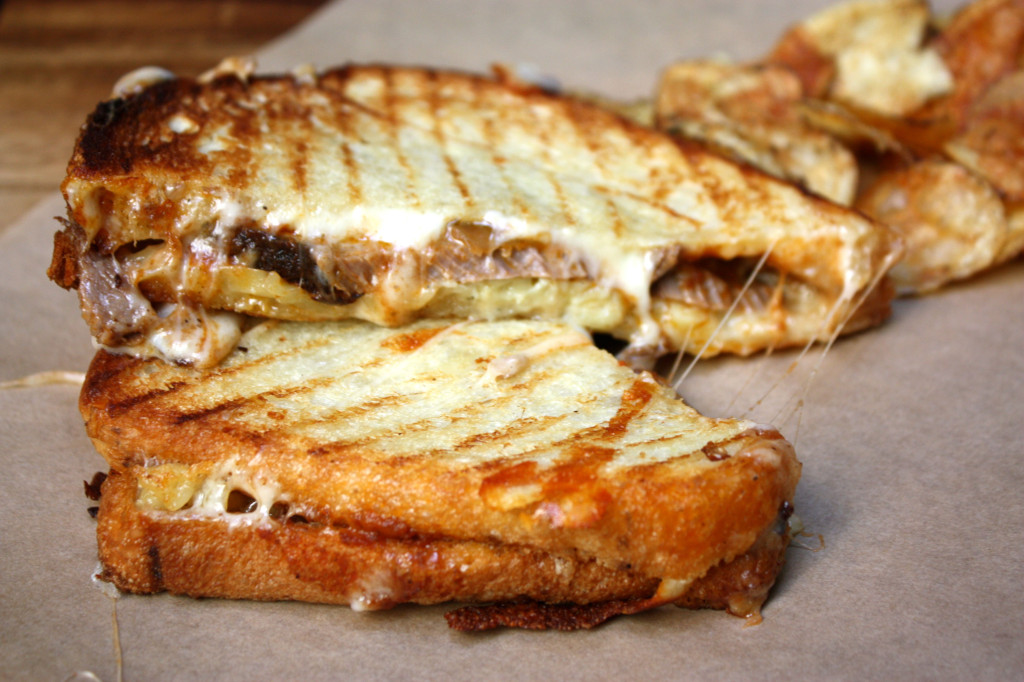 The cheddar on Meltkraft’s Thunder Valley sandwich is aged for an entire year and accompanied by a slice of brisket and baked macaroni and cheese. Photo: Brendan Spiegel

The newest entry in Brooklyn’s artisan grilled cheese wave, Meltkraft, opened in Park Slope a little over a week ago. While it was already packed to the brim with the stroller set on this perfectly sunny weekend, make no mistake: This is a very adult grilled cheese spot.

The shop is helmed by the folks from New Jersey-based Valley Shepherd Creamery, who you may know from various greenmarkets around the city, or their first Meltkraft location in Philadelphia’s Reading Terminal Market. If you’ve had the pleasure of tasting VSC’s cheeses before, you know that the “kraft” in this shop’s name has nothing to do with bright yellow cheese product wrapped in plastic. Instead think more like pasteurized brie on a brioche, topped with cranberry chutney, caramelized onions and pine nuts.

My tasting team and I sampled three of Meltkraft’s seven sandwiches this weekend, starting with the classic: a simple, albeit perfectly executed, blend of three cheeses on doughy white bread. The much crazier Valley Thunder sandwich takes a 12-month-aged cheddar and includes sliced brisket and baked macaroni and cheese. This one sounds like an awesome idea that could easily prove too unwieldy, but proper proportions and a sturdy bread base ensure it’s actually possible to eat as a sandwich, and a delicious one at that. (I mean, there’s brisket, cheddar and mac in every bite. What could go wrong?)

The best of the bunch was the Melter Skelter–a gooey blend of three-month-aged, raclette-style cheese with pickled green tomatoes, jalapeños, BBQ potato chips and watercress. The potato chips, to be honest, get a bit lost in the melting mess, but the rest is a rich, oozy sandwich with tasty little specks of veggie goodness popping up throughout. And if all that doesn’t sound decadent enough, you can request that any of Meltkraft’s sandwiches be fried in bacon or duck fat and/or topped with truffle oil.

There’s tomato soup on the menu for when the weather gets cooler, as well as a $13 beer and sandwich deal. From noon to 3pm, you can get any of the above paired with a craft beer from the mostly local draft lineup that includes Southampton Double White, Southern Tier IPA and Bronx Brewery’s Pale Ale–enjoyed in the quiet back garden, that’s not a half-bad way to spend a fall afternoon.

Meltkraft also offers growlers to go, La Colombe coffee, fresh breads and pastries and a cheese case. Charcuterie is coming soon. For a Philly import, this place sure feels tailor-made for Brooklyn.