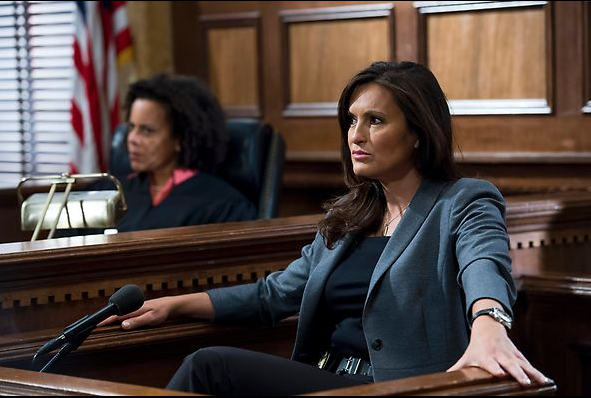 Of course she doesn’t need saving, But wouldn’t it be nice to have Stabler back, just for an episode? Photo: NBC

So I know that everyone is losing their minds over the last few episodes of Breaking Bad, and the fact that Homeland is starting up again and the fact that the final season of Mad Men will be split into two parts, a la Breaking Bad and The Sopranos. I’m with you, people. I love television and I love smart person shows (though not Walking Dead–it just makes me too tense and nervous).  But I have a confession. You know what I love even more?

I love a procedural to death. To. The. Death. I watch them all–it’s my way of unplugging my brain and unwinding at the end of the week. At the end of the last network television season we saw what must have been a record number of cliffhangers. On CSI, on Bones (I told you I watch them all), on NCIS, on Nashville (OMG what is going to happen to Deacon and Rayna?! TV morality says they can’t be together now, but, I just want it so bad for those two.) and, most importantly, on Law and Order SVU.

If you’re not a trash maven like me, let me catch you up. Basically hero-cop Olivia Benson has been trapped in her apartment all summer with a sadistic rapist whose last victim was so emotionally destroyed that she killed herself. Tonight there’s a two-hour season premiere and, well, I can hardly wait. My most secret desire? That Christopher Meloni has found it in his heart to come back for a cameo as anger-management-dream cop to swoop in and save the day. Not that Benson needs rescuing–it’s just been a slightly sadder world with no Stabler in it, since he left the show two seasons ago. Here’s hoping.