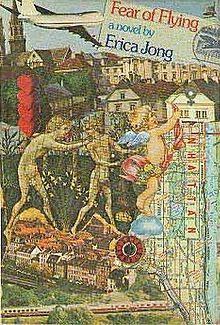 It’s hard to believe that it’s been 40 years since Erica Jong penned Fear of Flying, whose protagonist Isadora Zelda White Stollerman Wing, with her frank talk about sex and zipless fucks and female liberation, shocked readers in 1973 but paved the way for the kind of forthright, female characters we’d come to love in the decades that followed–it’s safe to say there’d be a lot less talk about sex in this city without Jong’s novel, which has sold over 20 million copies to date. On Monday, Oct. 7, powerhouseArena is hosting a book launch party for the release of its 40th anniversary edition, and Jong herself will be there to discuss her groundbreaking book with fellow author Jennifer Weiner. The conversation starts flowing at 7pm and RSVPs are appreciated.