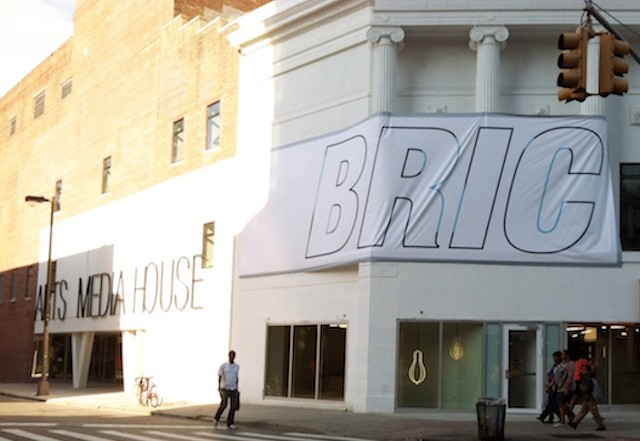 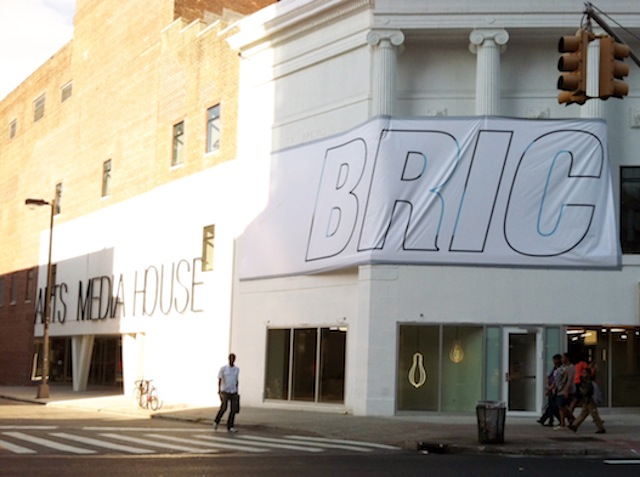 October has barely begun, but there’s already big news in the worlds of arts and media to report: The borough will soon be home to not one, but two new multidisciplinary complexes—BRIC House in downtown Brooklyn and the Made In New York Media Center in Dumbo. Part incubators, part exhibition spaces and local watering holes, both spots are designed to foster emerging local artists, and will offer a slew of community programming. BRIC House opens first, with three free days of public programming beginning Oct. 3.

The House that BRIC built is really less of a house and more of a renovated, 40,000-square-foot theater located next to the BAM Harvey on Fulton Street. The white-washed building, which was designed by Thomas Leeser, will bring all of the nonprofit’s community events, contemporary art and performing art programs under one roof for the first time—with the exception of its Celebrate Brooklyn! summer concert series, which will remain in Prospect Park.

“BRIC was occupying this space before,” says Colleen Ross, the nonprofit’s director of communication and marketing. “We were just on the second floor. This renovation has reclaimed 20,000 square feet that was previously unoccupied and unusable. We’ve effectively doubled the amount of space that we have for cultural programming. We’re now having year-round performing arts programming.”

It’s a $35 million undertaking that includes a new performing arts space, artists studio, 3,000-square-foot gallery and public-access television center, with the capacity for mixed-medium exhibitions, as well as a 17,000-square-foot studio and classroom space allotted to Urban Glass for workshops and exhibitions as well.

Two residency programs will also be in the house—the first being BRIC’s Fireworks Residency Program aimed at creating large-scale, inter-disciplinary works between individual artists—the first grouping consists of theater designer and director Julian Crouch (The Addams Family, Shockheaded Peter), musician and composer Mark Stewart (Bang on a Can All Stars) and filmmaker Ragnar Freidank. The second is for the African diaspora dance troupe, Evidence, A Dance Company, directed by Ronald K. Brown, who will create performances for an annual six-week residency, as well as offer lessons.

On a daily basis, an incubator program and co-working space will be open to local creative types, as well as a coffee shop and a community gathering space called The Stoop where free programming like film screenings, storytelling, poetry, artist talks, lectures and family activities will take place.

“Our programming is very reflective of the artists and the media makers here in Brooklyn,” Ross says. “To me, there’s never been a more exciting time to be an organization that’s working with and in service of the creative class and media folks who are calling the borough home. Brooklyn is having its heyday as a creative and cultural hotbed.”

Dumbo continues to be the nexus of New York’s tech, startup and arts communities, which is why the neighborhood was the first choice for Joana Vicente, the executive director and co-founder of Independent Filmmaker Project, when she learned the organization would be operating the new Made In New York Media Center set to open later this month at 30 John Street. It will occupy the ground floor of a building that once housed the Arbuckle coffee roasting company.

“The primary purpose of the center,” Vincente says, “is to create a place of collaboration for emerging storytellers. You can tell your story through an app, a game, a traditional film, a web series, so really, it’s about bringing different disciplines together and having people with different skill sets collaborate and create things.” 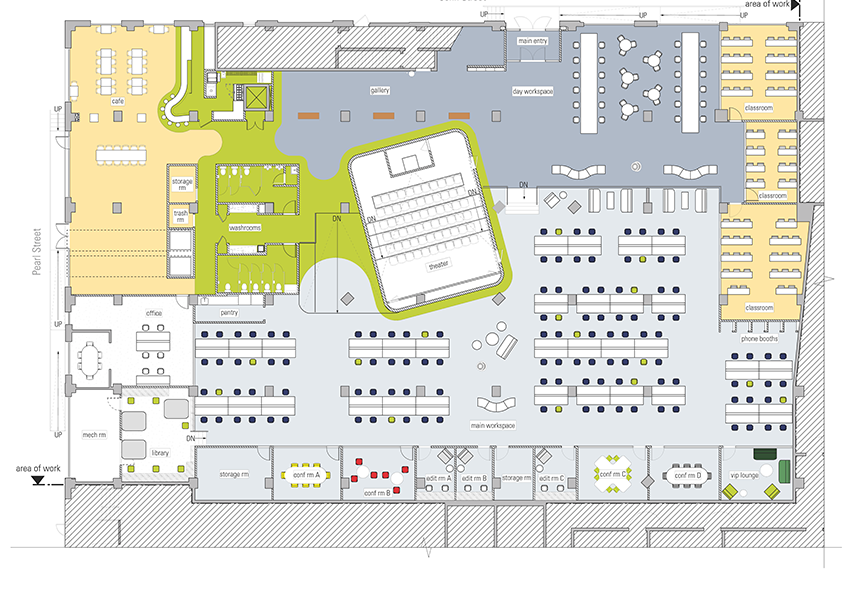 A blueprint of the new Made In NY Media Center shows just how multifunctional it’s designed to be. Photo: MESH Architectures

The media center’s open floor plan was created by MESH Architectures and encompasses 20,000 square feet of industrial space that has been repurposed to house daily co-working desks for about 150 people that will offer both first-come-first-served seating and rental space for startups, an education center and classrooms for programming being organized in conjunction with General Assembly and an incubator space for artists, innovators and businesses accepted into its membership program, which seems like a similar set up to 3rd Ward, but for media makers. A screening room, media gallery, library and cafe complete its offerings.

Vincente’s vision for the space, and its members, is in line with the way IFP runs its projects, but with a scope that encompasses more than just filmmakers. Of the media center’s incubator program, which is currently accepting applicants, she says: “They’ll be here anywhere from let’s say nine months to two years, depending on what makes sense for the project, and the idea is that this is not a typical working space where you pay just for a desk—we’re really adding value by connecting people through resources, having experts in residence and having a mentorship program to help set milestones, so there’s actually progress, and at the end of it, you have something in the marketplace.”