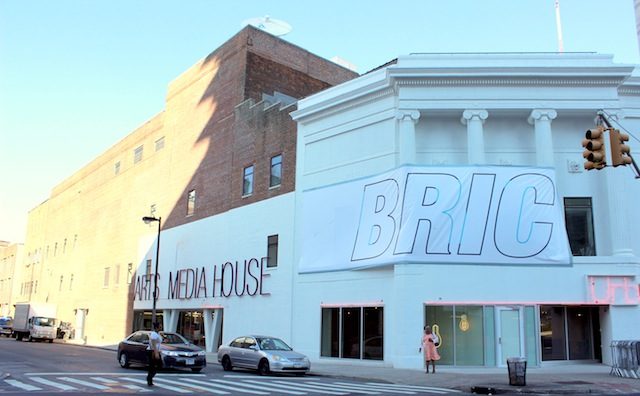 BRIC has come a long way since its founding in 1979, and it’s about to go a lot further. BRIC Arts | Media House, BRIC’s new 40,000 square foot arts and cultural center, opens today and we’re taking you inside to see the new building and what it used to be. 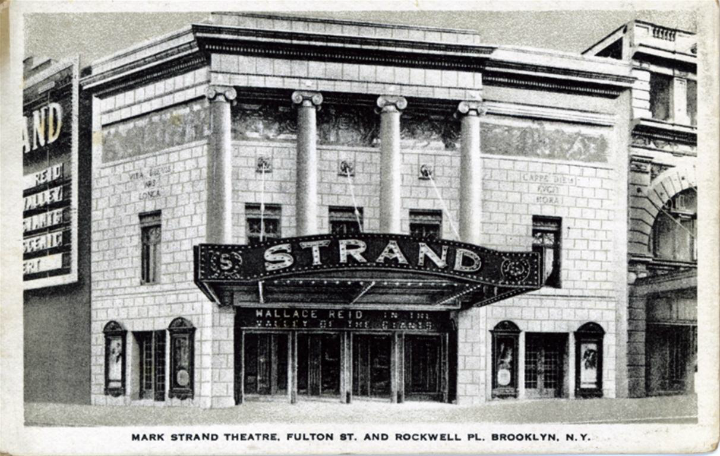 Leeser Architecture just completed the $35 million renovation of the old Mark Strand Theater, which will be a home for all Brooklyn-based artists and art lovers. The four Ionic columns, one of the building’s most striking architectural features, serve as a reminder of BRIC House’s past as one of Brooklyn’s best vaudeville theaters. Charlie Chaplin and Harry Houdini both performed there. After major movie studios like Fox and Paramount claimed their place in Brooklyn, the Strand fell out of favor. The building became a print shop and a bowling alley long before BRIC took it over. 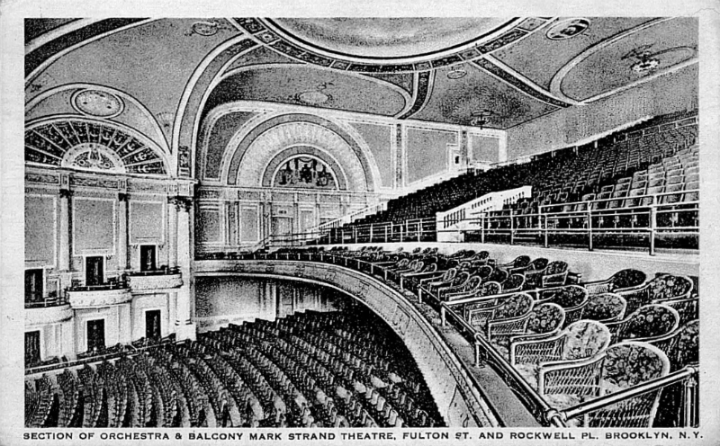 Today, BRIC House is bringing the glory back to the building with its state-of-the-art performance space, TV studios, classroom space, café, and of course, the 3,000-square-foot gallery and interior stoop, which anchor the space. The new building was designed to be flexible enough to serve whatever programming BRIC’s organizers and artists could dream up. 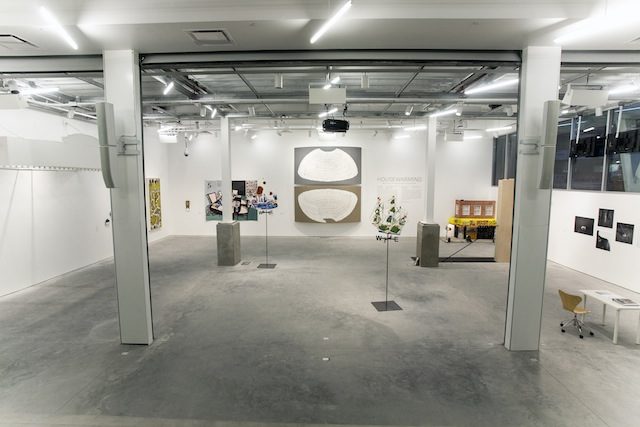 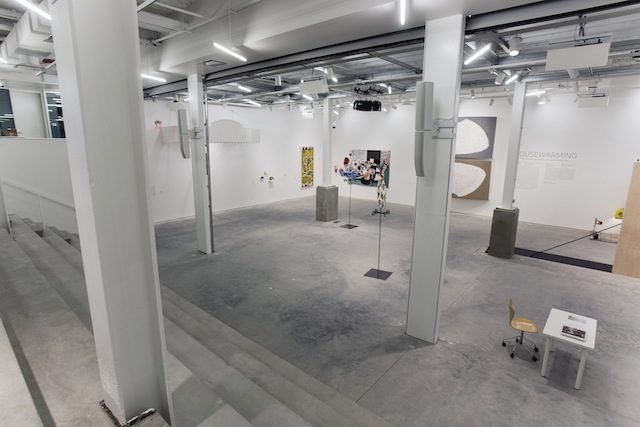 Three enormous garage doors in the gallery stay open or closed depending on the exhibition. The stoop, directly in front of the gallery, serves as a gathering place and provides seating for artist talks and other programs, which will be free and open to the public. The Ballroom at BRIC House is a flexible performance space that can accommodate a wide variety of configurations and performance styles and will feature events by world-renowned artists. 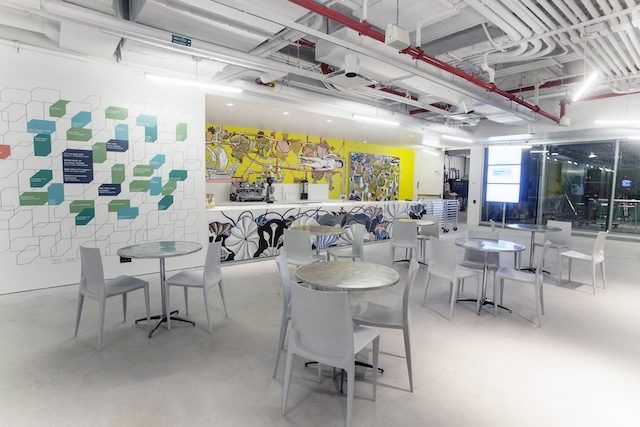 BRIC House will host five to six exhibitions a year with a focus on Brooklyn’s emerging and mid-career artists. The Stoop Series on Tuesday nights will be a series of free drop-in presentations and interactions with artists, thinkers, and tastemakers, including artist talks, readings, and video projections on the garage doors. The café from Hungry Ghost serve coffee and snacks. 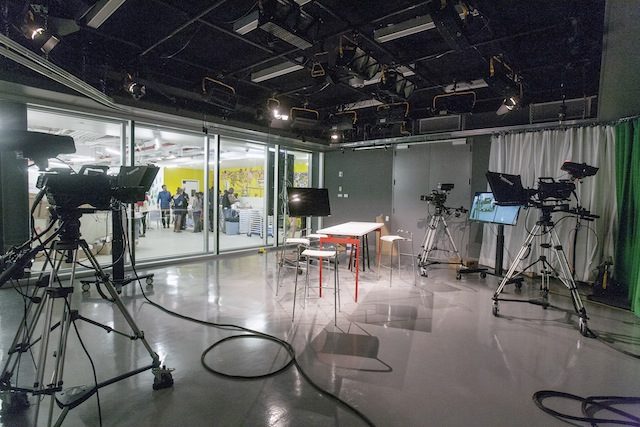 One of BRIC House’s strengths is its seamless transitions between the spaces intended for various media. From the visual arts to the performing arts to television, everything is easily accessible. BRIC’s cable access TV studio will be filming a new daily TV show featuring Brooklyn’s news, food, lifestyle and leisure stories.

Brooklynites can think about the center like a library, where they can freely wander in and access a host of services. Visitors can borrow photographic and film equipment, become certified to be a community producer, and take classes on Photoshop, digital photography, marketing and other topics. BRIC House is open every day from 8am to 10pm. 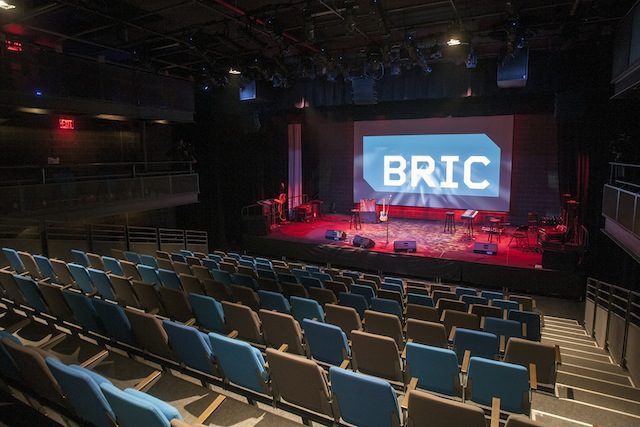 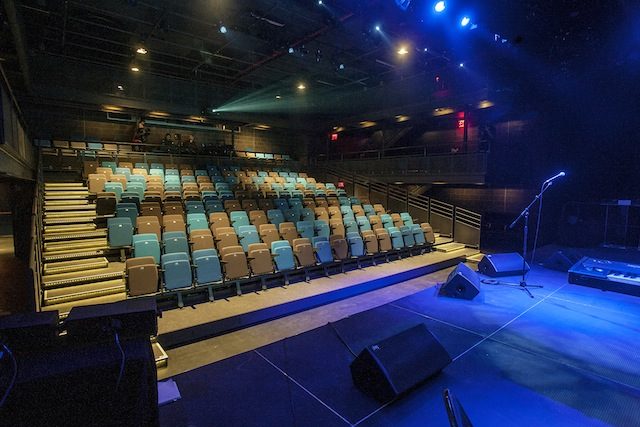 BRIC House memberships offer varying levels for anyone who can contribute. Members get first notification of BRIC programs, early ticket sales, exclusive invitations to BRIC’s gala and lots of other benefits. There is a free level of membership so anyone can join. Learn more about memberships here. 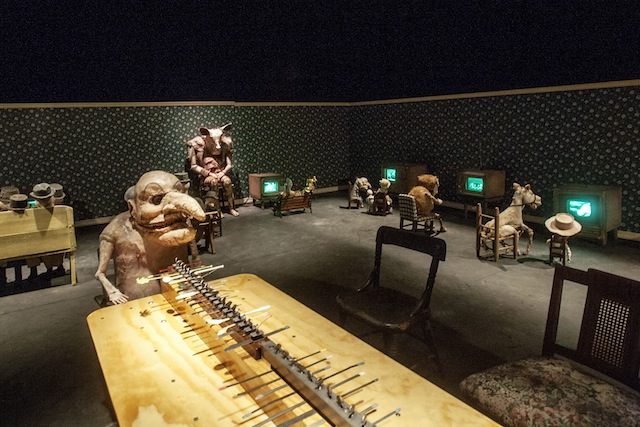 Join BRIC House opening week of festivities, beginning October 3 and including a block party and open house on Saturday Oct. 5. A complete schedule of BRIC’s fall season of events is available online, including the opening reception for the Housewarming: Notions of Home from the Center of the Universe exhibition on Oct. 9, from 7 to 9pm, two weeks of performances by Ronald K. Brown/Evidence, A Dance Company, concerts by artists including Emily Wells and The Bad Plus, monthly BRIC House Parties, and much, much more. All events are free or low cost.

BRIC House wants you to make yourself at home!