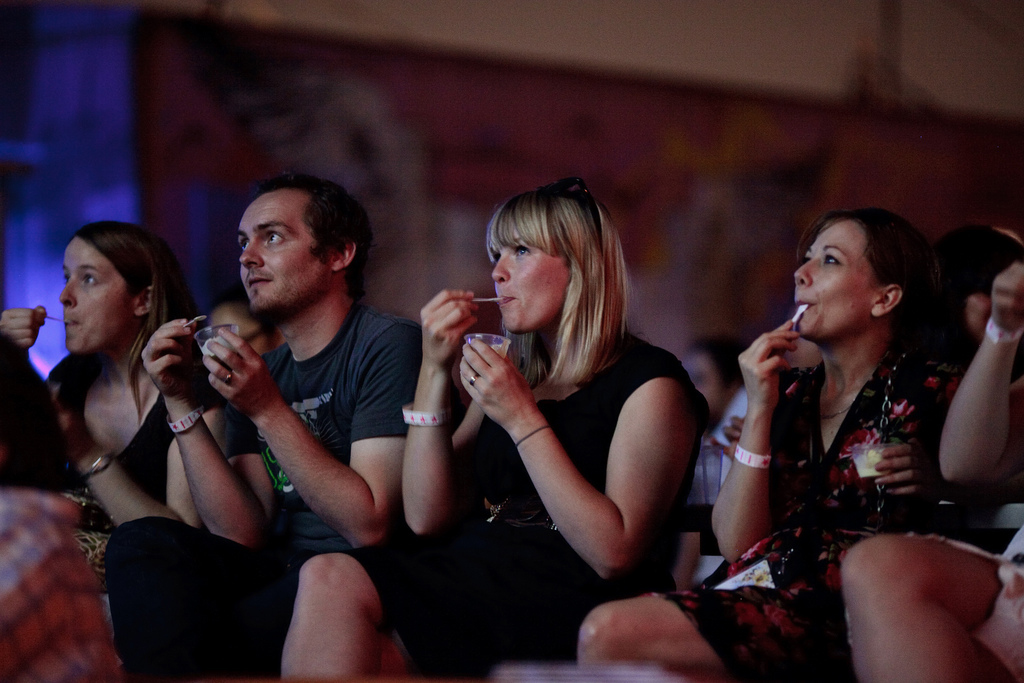 Tickets for the Food Film Festival are on sale now. In a special offer for Brooklyn Based readers, enter the discount code “BROOKLYN10” to get 10% off all tickets and VIP events.

‘Grilled cheese and tomato soup is the perfect snack to warm your soul on a blustery autumn day. It is also the perfect dish to make for a woman if you want to guarantee yourself a happy ending.’  –Larry Cauldwell

Your local cineplex may not offer Smell-O-Vision, but this October, New Yorkers will have the opportunity to experience Taste-O-Vision when the Food Film Fest comes to town. Attendees of this interactive film festival will get to eat exactly what they see on screen–while Dumpling Tales plays, servers will pass steaming trays of the Asian street food, and the instructional video How to Make Burmese Faluda will be accompanied by samples of the sweet, tapioca-laced South Asian milkshake.

In a landscape where local produce, artisanal cooking and food television are now widespread trends, the Food Film Festival strives to set itself apart from similar events around the country and around the world by positioning itself as a hedonistic celebration of the pure joy of eating, as opposed to a showcase for lecturing viewers on the dangers of eating unhealthy or ecologically wasteful food.

“Most people are afraid to get away from the finger-wagging film,” said George Motz, a Travel Channel host who co-founded the festival in 2007 with chef Harry Hawk. 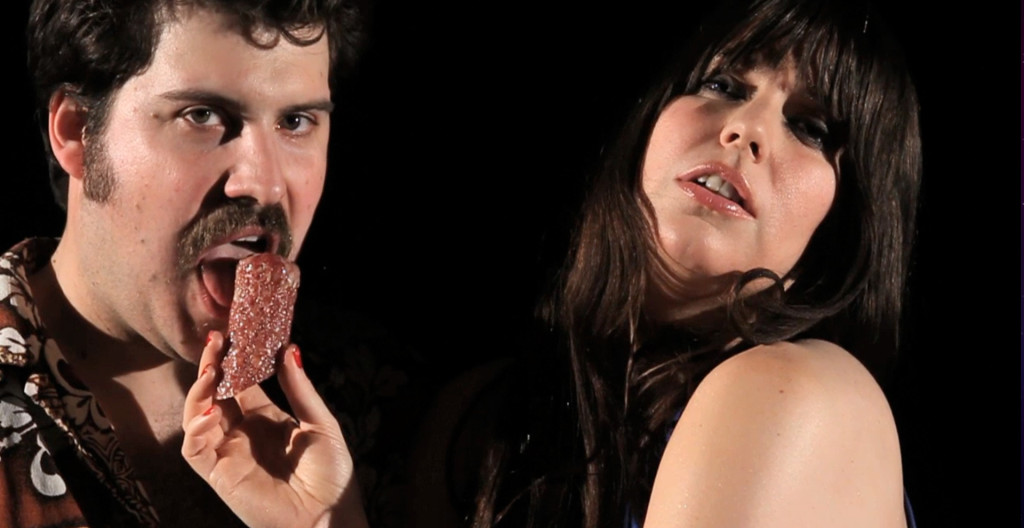 He said that while events like San Francisco’s Food and Farm Film Fest and Europe’s Slow Food on Film Festival tend to highlight polemical food documentaries like 2008’s Food, Inc., the Food Film Festival, by contrast, puts the spotlight on the craft of creating delicious food and the act of eating it.

“We figure we might as well celebrate how to truly enjoy your food,” Motz said.

“It’s more of a carnival than a classroom,” he said.


‘One thing we ask ourselves is, when’s the precise moment when the viewer thinks, ‘Hey, I wonder what that tastes like?’ –George Motz

The screenings are organized into five events that take place at the movie theater over the seven days of the festival. For each event, five to eight films will be shown in order of what type of food they feature, from appetizer to main dish to dessert. When it becomes clear what dish is being created onscreen in the films, servers will silently appear in the theater aisles and pass a tray of that exact dish—often, but not always, cooked by the chef who appears onscreen—down the line of seated moviegoers, creating a cohesive meal by evening’s end.

“One thing we ask ourselves is, when’s the precise moment when the viewer thinks, ‘Hey, I wonder what that tastes like?’” said Motz. “That’s exactly when we want to serve the food.”

Unger admitted that the festival is a logistical challenge, to say the least.

“It’s kind of complicated to serve a hot dish that’s timed to a certain frame of a particular film,” he said. “A million things could go wrong.” Much of an event’s finely-tuned clockwork is dependent on the sheer number of servers–30 to 40 will be present at each screening.

“Grilled cheese and tomato soup is the perfect snack to warm your soul on a blustery autumn day. It is also the perfect dish to make for a woman if you want to guarantee yourself a happy ending,” Cauldwell writes of the dish.

This year, Cauldwell will preside over a Fondue Lounge serving up the molten cheese dip, as well as a late-night “food burlesque” performance.

“There really are no rules,” Unger said of the event. 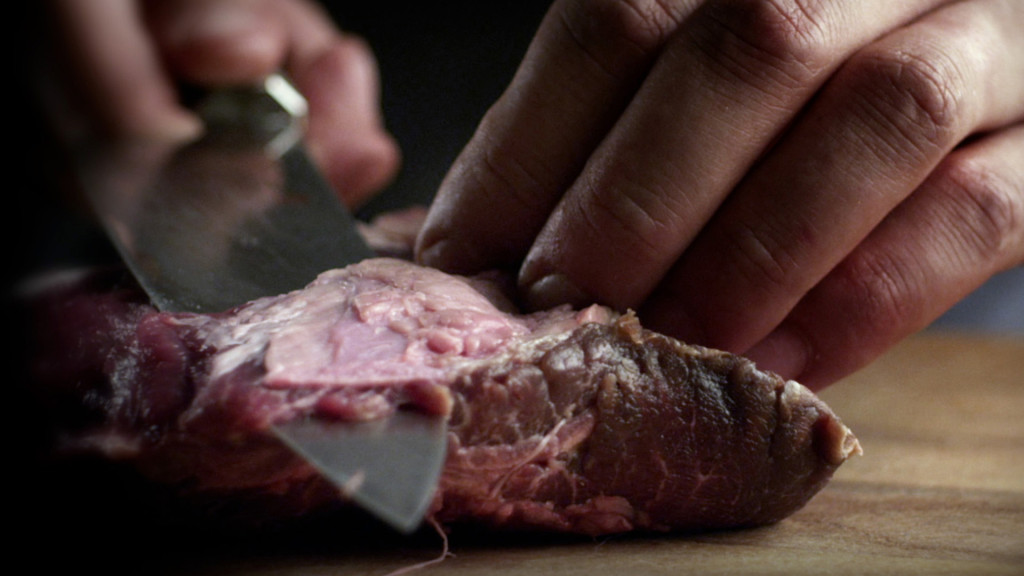 “It’s always kind of one step beyond reality, towards indulgence, towards the fantastic. It crosses that line,” he said.

Both of Checkowski’s films feature the Swedish chef Martin Berg of the restaurant Mathias Dahlgren in Stockholm. Checkowski said the pristine quality of the products Berg uses in his cooking makes his creations compelling subject matter.

“It’s just so from the earth,” Checkowski said of Berg’s cuisine. “He’s taking elements we’re all really used to and combining them in unexpected ways: a just so strawberry, a perfectly cooked piece of meat.”

Checkowski said that food and film make a natural match.

“From a documentary standpoint, there’s really something special about the folks involved in the food scene,” he said. “There’s a passion there that breaks through the lens in a very interesting way. It’s like they’re made for the camera.”