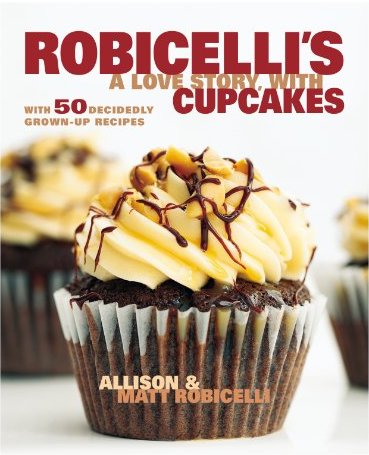 There have only been a handful of times that I’ve been excited for a cookbook to come out, mainly because it means a coveted recipe will finally be in the public domain, but this week’s release of Robicelli’s: A Love Story with Cupcakes marks the first time that I’m eagerly awaiting the arrival of a cookbook so that I can immediately READ every word of it. If you’re at all familiar with Bay Ridge couple Matt and Allison Robicelli and their baking empire, which boasts cupcakes named after each of the Golden Girls and recently put out this semi-disturbing promo trailer, you already know that this book will be anything but a ho-hum recitation of ingredients and technique. The passion and humor that the Robicellis bring to their craft is evident in everything they do, from writing hilarious must-read blog posts to spearheading Sandy relief efforts to insisting that everyone remember the big and beautiful part of Brooklyn that doesn’t grace the pages of The New York Times Style section to opening a new storefront and, oh yeah, making the best damn cupcakes you’ve ever eaten. The couple will be holding court and signing books at Whisk’s official release party on Thursday night, so head over for a drink or two, some cupcakes and lots of laughs. –K.H.