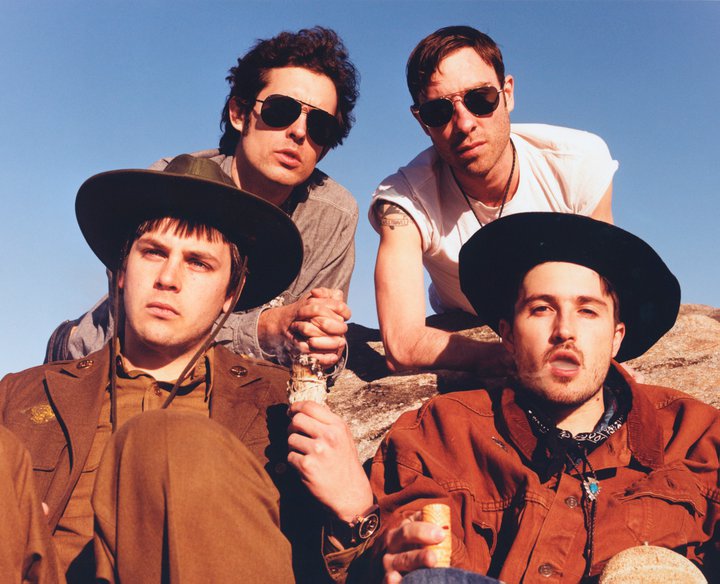 Georgia garage band The Black Lips will be in Brooklyn for a double feature Nov. 4 to perform and premiere a new doc in Williamsburg. Photo: The Black Lips

Atlanta garage rockers The Black Lips make their way back to Brooklyn Monday, Nov. 4, for a double dose of in your face, snotty garage punk that’ll have you romping and stomping like it’s 1965. In support of their latest release, a film called Kids Like You & Me: A Middle East Tour Film, The Black Lips host a screening at Nitehawk Cinema with director Bill Cody before heading over to play to a packed house at The Music Hall of Williamsburg. The film follows the band on a tour through the war-torn region including three stops in Egypt–the first time an American band played in the country since The Grateful Dead in 1978. The band hangs with local skaters, artists, punks and other kids in their neighborhoods.Tickets for the screening at Nitehawk are $15, buy them now! And tickets for the show at MHW are $20, buy those now too!