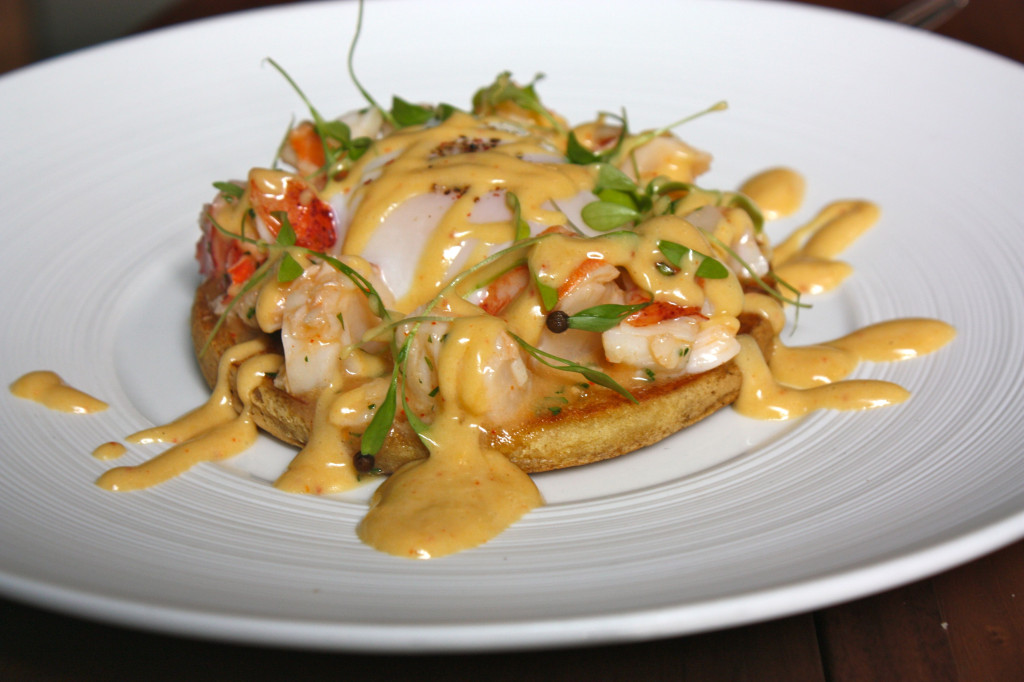 How did The Elm become the most-talked-about restaurant in Brooklyn without being, well, talked about in Brooklyn? Since opening inside Williamsburg’s King & Grove Hotel in July, The Elm has earned two coveted stars from The New York Times, near constant coverage on Eater and a place on Esquire’s best new restaurants of 2013 list. All this while Brooklynites themselves were filing right past the restaurant all summer on their way to King & Grove’s much more in-demand pool party.

The buzz is due to the presence of Paul Liebrandt, the chef, who has consistently captured the food world’s attention over the past decade for his daring, French-influenced cuisine–as well as for his tendency to get in the kind of spats with restaurant owners that lead to short stints in the kitchen. He most recently made waves at Corton in Tribeca, cooking up two Michelin stars and rave reviews before being lured to Brooklyn by the hip new hotel–he’s since left Corton altogether.

Manhattan’s loss is Brooklyn’s gain (or at least a reason for Manhattanites to ride the L train on weekends), as The Elm began serving brunch this Sunday. Liebrandt himself could be seen behind the burners in the open kitchen, making it clear this would be much different than your typical hotel breakfast buffet.

The entire brunch menu tends toward the savory, so don’t go expecting buttermilk pancakes.There’s lobster benedict, with juicy lump meat topping a spongy house-made crumpet, perfectly poached egg and savory Bernaise sauce–a subtle, but pleasant alternative to lemon-y hollandaise. There’s a simple-but-delicious, three-egg omelet with hen of the woods mushrooms and soft Leonora goat cheese, a Benton’s bacon breakfast sandwich and an exquisite dry-aged burger with spicy pickles, tomato confit and Comte cheese. Nothing is oh-my-god-call-the-national-media amazing, but everything I tasted was quite solid, and to be fair, Brooklyn-priced at $12 to $19 an entree.

Brunch cocktails also go easy on the sweet stuff and lean toward drinks with a kick (less guzzle-mimosas-all-afternoon and more get your taste buds up and running): The E.B.M. mixes vodka, chipotle and lime, The Diablo pairs silver tequila with pomegranate and ginger; and The East End has gin, Sriracha and maple syrup.

All in all, The Elm is a very fine place to get brunch in a prime location just off McCarren Park. And oddly, despite all the praise it feels something like a secret spot. While Bedford Avenue’s restaurants had their typical hour-long waits on Sunday afternoon, The Elm was nearly empty. You may want to go now, before the Manhattan food critics arrive.

160 N. 12th St. (between Bedford and Berry); 718-218-1088. Brunch is Sundays only for now, with Saturdays coming soon, although many of the items mentioned can also be found on the weekday breakfast menu.