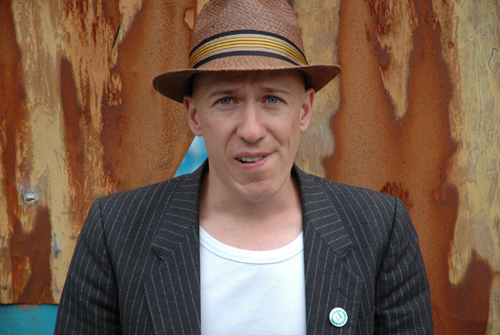 Los Angeles singer-songwriter Holly Miranda‘s 2010 LP The Magician’s Private Library was an aptly-titled debut. Produced by TV on the Radio’s David Sitek, the 10-song album could be a collection of daydreamed, cerebral jingles. There are moments of detached melancholy that recall the XX, but a smattering of horns on “Sweet Dreams” and “Joints” gives the album some lift. Check out her breadth of cover tracks–especially her version of Lauryn Hill’s “Ex-Factor” for a hint of the power and smoky coolness of her live vocals.

What would this week’s best concerts be without some all hallow’s haunting? Head over to Shea Stadium on Halloween for a night of  eclectic music, with the futuristic soul stylings of Ava Luna, some pop-punk from Carnivores and jittery psych fuzz from Caged Animals. Those in costume will save a few bucks at the door. And just because it’s so apropos, check out Carnivore’s latest track, “Spell.”

Brooklyn’s electro-pop trio Au Revoir Simone‘s latest record, Move in Spectrums, hints at a dark seriousness beneath a shimmering veneer of synth and airy vocal harmonies, an almost perfect pairing for a night at the Brooklyn Museum. Au Revoir Simone kicks off the night of free entertainment, and local band Watermelon and hardcore soul singer Tamar-kali get loud later in the evening.

Irish singer-songwriter Foy Vance keeps good company. His new record Joy of Nothing  came out in August on Glassnote Records, the same label that Mumford & Sons call home, and Vance’s latest single, “You and I,” features Bonnie Raitt on backing vocals. He’s toured with Raitt, Ed Sheeren and Snow Patrol, and he’s hitting Bowery Ballroom this Monday. Like his label mates, Vance leans on dramatic instrumental builds for his acoustic soul-baring, but with the raw, honest delivery of Ray Lamontagne and Glen Hansard. And having Bonnie in your corner can’t hurt.