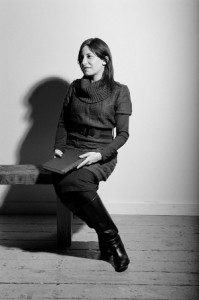 This year’s Best of NYC 2013 issue of the Village Voice featured a hefty offering of new restaurants to try, stores to patronize and places to visit, and as a literary enthusiast, I felt both proud and and a bit smug about the Voice naming the Franklin Park Reading Series as NYC’s Best Reading Series. Booklynites have long known the delight of writer Penina Roth’s brainchild, but in the past two years, the event has become hard to ignore for anyone in New York City who loves books.  From Sam Lipsyte, to Justin Taylor to Colson Whitehead, all across the fiction and non-fiction spectrum, the series has been a veritable guide to what’s happening in the book world. Meanwhile, Roth herself has become a stalwart supportor of literary scene in Brooklyn, keeping herself ever-aware of new books, upcoming authors and book news, and tirelessly spreading the word. Beyond the reading series, Roth works hard to help new voices find an audience, and to keep like-minded people connected.

The Franklin Park Reading Series is proof that the literary scene still lives and thrives and New York City, only now, it’s just over the bridge.  We caught up with Penina Roth to gather some insight into how the series was born and how it grew to be the city’s best reading series. Warning: your to-read list is about to be filled through 2015.

How did Franklin Park Reading Series start? Tell me about the first one. How did you find your location?
As a longtime Crown Heights resident and community news reporter, I was very attuned to the neighborhood’s transition, beginning in 2007. In researching articles on local real estate and culture, I talked to many merchants and residents, old and new, and decided it would be fun to host an entertaining and enlightening community-wide event that could bring different groups together, including new transplants, Caribbean Americans and Hasidim. A big part of my research involved hanging out in Franklin Park’s courtyard, talking to the patrons and learning about their interests and backgrounds. It turned out that many of them were lit enthusiasts like me, and I thought there’d be an audience for a literary event. Since I’d profiled Franklin Park for a Styles piece in the Times, I was friendly with the owners and they let me use their large bar room for free, for what was supposed to be a one-off event. At the time I only had three friends who’d published books–Matthue Roth, Liza Monroy and David Goodwillie–and I thought the reading could be a showcase for them. Forty people showed up at our first reading in March 2009 and bought a lot of beer, so the owners were happy and asked me to make it a monthly happening.

There was some serendipity involved – about a week before our first reading, Liza Monroy was interviewed on WNYC’s Leonard Lopate Show for an anthology she’d contributed to and she got him to plug our event on air. And David Goodwillie had just sold his first novel and gave his debut reading from it at Franklin Park, so there was a lot of excitement around that. David’s editor at Scribner, Paul Whitlach, attended the reading and gave me some useful feedback about programming–he said he liked the eclecticism of the readers and suggested I continue hosting authors of different genres and tones, building events around some kind of unifying theme.

What makes the Brooklyn lit world special?
I feel like the lit people of Brooklyn–editors, writers, curators, indie booksellers and readers–are very connected and supportive of each other. Some people who come to mind are Henry Stewart, culture editor of Brooklyn and The L magazines, Julia Fierro, the director of the Sackett Street Writers’ Workshop, the editors of the lit journals The Coffin Factory and Slice Magazine, Jacob Perkins and Matt Nelson from Mellow Pages Library, Eric Nelson and Mike Lala, curators of the (now sadly ended) Fireside Follies Reading Series, and the owners and event coordinators at Unnameable Books, Community Bookstore, Greenlight and WORD. We also have our own small bookstore in Crown Heights now, Hullabaloo Books.

Tell me about some of your best readers. What made them great?
Something I’ve recently discovered is that talented readers can transmit the tone and sensibility of their work through their performances–authors like Sam Lipsyte, A.M. Homes, Amy Hempel, Colson Whitehead, Teddy Wayne and Ben Marcus. Then there are readers who are great because they’re extremely animated and interact with the audience–like Scott McClanahan, who plays music, waltzes with audience members, hands out fudge and embraces people, and poet Mike Young, who engages audiences in call-and-response sessions and prompts them to recite their own words (in an undertone) as he reads his work. Tiphanie Yanique and Michael Kimball are great because they can channel their characters, adopting their voices and mannerisms. And I love how Stephen Elliott and Vanessa Veselka memorize their work and can look off the page and straight at the audience, as if they’re having a conversation with us.

Where is fiction at right now and where is it going?
Well, that’s a broad question, but one development I’m pleased about is the popularity of outstanding authors who tell stories of characters and communities mainstream literature has traditionally ignored–writers like Junot Diaz and Jesmyn Ward. I also sense an increased interest in unconventional storytelling and innovative language–as in the wild popularity of George Saunders and his story collection Tenth of December. And as someone who’s always been an avid short fiction reader, I’m thrilled by the commercial and critical success of masters like Saunders, Alice Munro and Karen Russell.

What is literary fiction?
To me, literary fiction is driven by character, not plot, contains fresh imagery and inventive language, is mindful of sentence acoustics and rhythm, and takes risks with POV [point of view] and structure.

How does a person read for you at Franklin Park Reading Series?
We’re seeking readers from a range of cultural backgrounds. Most of our authors who’ve published books have been recommended by our alums or other writers we trust and editors and publicists who understand our aesthetic, which means language and voice driven work that subverts expectations. And we reach out to authors we’ve been following for years, like Mary Gaitskill, A.M. Homes, Amy Hempel, Jennifer Egan, Colson Whitehead, Edwidge Danticat, Karen Russell and Jim Shepard. At this point we’re not looking for submissions from emerging writers (those who’ve never published books) outside of our local area–Crown Heights/Bed Stuy/Prospect Heights/Park Slope. We’ve been deluged by requests and can’t keep up.