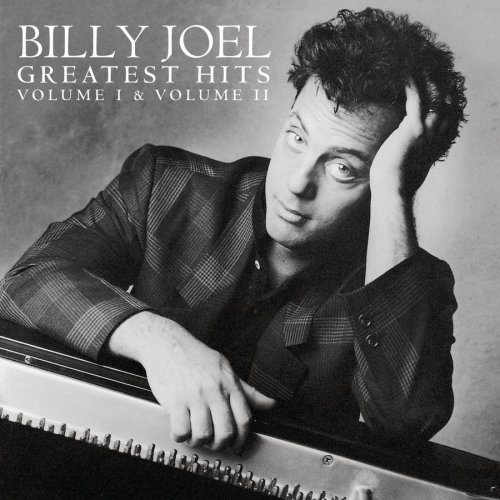 “They held a concert out in Brooklyn/To watch the island bridges blow”
–Billy Joel, “Miami 2017 (Seen the Lights Go Out on Broadway)” (1976)

Yes, they are holding a concert in Brooklyn as Billy Joel predicted 37 years ago, and he’s the one headlining it for New Year’s Eve. On Thursday, it was announced that the Piano Man will perform a solo arena show at the Barclays Center–an interesting and arguably a surprising choice of venue because he had been a mainstay at Madison Square Garden for most of his live performing career. But one thing is certain–this show in Brooklyn is gonna sell out. And as an extra bonus, the trio Ben Folds Five will open the show, which is quite fitting given that singer/pianist Ben Folds could be called one of Joel’s musical disciples.

I admit it–I have been a Billy Joel fan ever since I borrowed a vinyl copy of his 1980 classic album, Glass Houses, from my public library when I was around six years old. This guy’s music has pretty much been the soundtrack of my life, to borrow the title from the recent Clive Davis memoir. Even when I went through different musical phases–New Wave, classic rock, hip-hop, pop metal, dance and grunge–Joel’s songs were always there for me whenever I need a guaranteed pick-me up. I can somehow relate to the people he describes in his songs: the jaded entertainer in “Everybody Loves You Now,” the troubled dude with a substance abuse problem in “Captain Jack,” the working-class Joe in “Allentown,” or the pompadoured ’60s greaser in “Keeping the Faith.” (The phone sex addict in “Sometimes a Fantasy,” not so much, but it’s still a great track.) He’s probably one of the last singer/songwriters whose music harkens back to the craft of Tin Pan Alley and the Brill Building–songs that perfectly constructed with recognizable lyrics and melodies


Strangely I can remember some of Joel’s famous gigs, like at the late Yankee and Shea Stadiums, as though I was there, even if I actually wasn’t.  And on the occasions when I actually did see him live, it was during some difficult moments in my life. One was a Madison Square Garden show in December 1998 right after the death of my grandmother. The other was at 92Y where Joel was interviewed by Anthony DeCurtis in November 2005—this was around the time my boyhood home was damaged in a fire that my parents escaped from. I’ve seen a lot of shows, but those particular memories of Billy Joel have stayed with me–it speaks volumes of his gifts as an entertainer and how his songs address the human condition while they also provide a sense of escape.

By the way, this year marks the 40th anniversary of “Piano Man.” There’s no doubt he’ll perform that song at at the Barclays Center on New Year’s Eve. It’s a solo show, without a full band, so it’s the perfect opportunity–even in an arena setting–for him to break out some obscure album tracks, in addition to the hits that he’s guaranteed to play. (I’ll always vouch for his underrated 1971 debut album Cold Spring Harbor.) It’s not a shabby way to say goodbye to 2013 and ring in 2014.