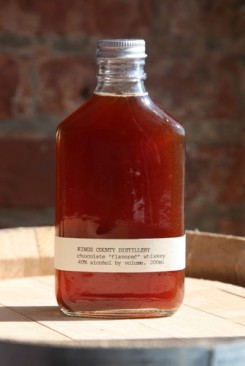 Grapeshot is a new wine shop that recently opened its doors down by the Navy Yard on Washington Avenue. Being the new kid on the block, it’s decided to throw a party–the theme being Brooklyn After Prohibition–and invited a few of its friends to attend–12 local producers of wine and spirits. The shop will be hosting free tastings from Industry City Distillery, Breukelen Distilling, Jack From Brooklyn, Cacao Prieto, Greenhook Ginsmiths and Brooklyn Republic Vodka (on Nov. 7); followed by Kings County Distillery, Van Brunt Stillhouse, Brooklyn Gin, Brooklyn Winery, The Noble Experiment and New York Distilling Company (on Nov. 8). Grapeshot’s neighbors are getting in on the fun as well, with several of the shops, studios and restaurants on the block staying open late. Grab a coffee at the new Brooklyn Roasting Company outpost or some of Michel Allen’s desserts at Fresh Fanatic before checking out local businesses like Kate Larkin Studio, Necks Tuesday (bow tie makers by trade) or Ariel Dearie Flowers. End the night with dinner at Il Porto Ristorante and you’ll be glad you made the trek from the G train.–JG