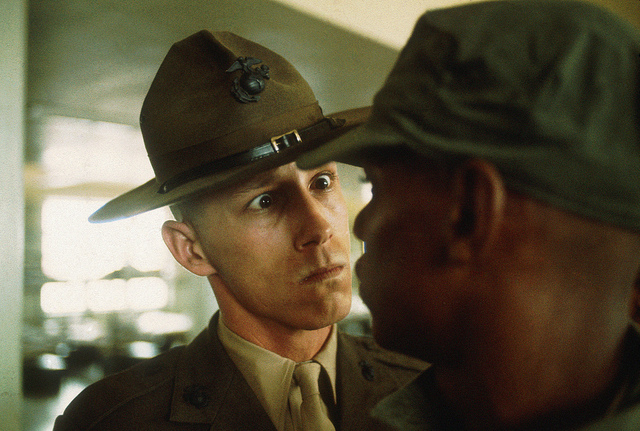 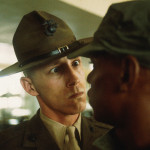 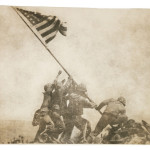 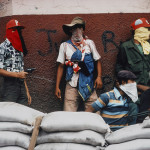 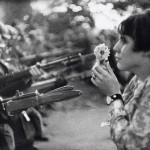 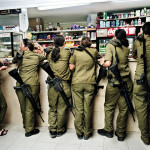 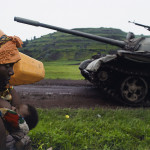 
Yellow ribbons have served as an unwavering symbol of military support in times of armed conflict for almost a century–and whether they are tied around oak trees or attached to peoples’ lapels, they will be donned again this coming Monday, Nov. 11, in observance of Veterans Day. While these ribbons are an iconic image of armed conflict in their own way, they are very different from the images included in War/Photography: Images of Armed Conflict and Its Aftermath, a traveling exhibition of over 400 objects, including photographic prints, books, magazines, albums and cameras, collected from armed conflicts around the world over the past 165 years, which opened today at the Brooklyn Museum.

The Museum of Fine Art, Houston organized the exhibition, which debuted on Nov. 11, 2012. The Brooklyn Museum will be its final exhibition space. It can be viewed through Feb. 2, 2014. War/Photography includes both iconic and unpublished images from 284 photographers from 28 nations, including prints from Brooklyn photographers, Anthony Suau, Benjamin Lowy, Carolyn Cole, Eugene Richards, Robert Clark, Ron Haviv, Todd Heisler, Peter Riesett and Martha Rosler, as well as works from Tim Hetherington, who is now deceased.

Rather than organize the exhibition in chronological order–it spans the period from the Mexican-American War in 1846 to present day–the works, which were organized in Brooklyn by Tricia Laughlin Bloom, associate curator of exhibitions at Brooklyn Museum, are arranged by themes intended to evoke our collective memory, as both soldiers and civilians, of the experience of war–recruitment, training, execution, shell shock, rape, children, civilians, grief and remembrance are amongst the aspects of armed conflict examined in the exhibition.

There are famous shots like an early print of Joe Rosenthal’s Old Glory Goes Up on Mount Suribachi, Iwo Jima; Roger Fenton’s The Valley of the Shadow of Death; and Larry Burrow’s photo essay for Life Magazine, One Ride With Yankee Papa 13, a photographic report from Da Nang, Vietnam that was the largest essay ever published in the magazine.

Personal photographs and scrapbooks from soldiers are displayed alongside images of commercial portraitists, journalists, amateurs, artists and several Pulitzer-Prize-winning photographers; all of whom share the common thread of capturing elements of armed conflict that are real, raw and utterly provoking often taken at great peril to the person snapping the picture.

“We must not forget the power of photographs,” Laughlin Bloom says. “It’s why I think people risk their lives.”