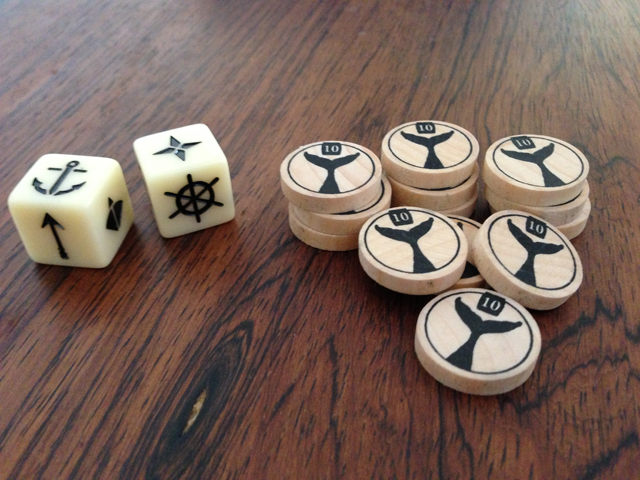 A round of King Post’s new board game, Moby Dick, will be amongst the entertainment at the Moby Dick Not Marathon happening Friday night at WORD. Photo: King Post.

Fans of Herman Melville’s Moby Dick might be sad to hear that the citywide, three-day reading of the classic novel, hosted in honor of its U.S. publication on Nov. 14, 1851, is not happening this year. In its place, however, will be smaller celebration of the epic tale of man versus marine mammal, the Moby-Dick-Not-Marathon, happening at WORD Bookstore on Friday evening. It’s being hosted by the same folks that organized last year’s event, but this time around, all the fun is happening in one place, for one night. It’ll be a variety show celebrating Moby Dick in life and literary culture, including readings, live performances, trivia, sea shanties, giveaways and a game of Moby Dick or The Card Game, a new board game we wrote about in September. They’ll also be serving up clam chowder from Littleneck Brooklyn and Harpoon Brewery beers. Fun starts at 7pm.