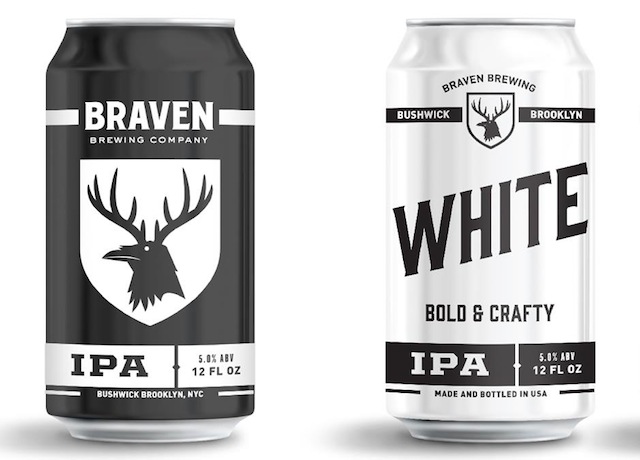 Brooklyn’s beer scene is more robust than it’s been in nearly a century thanks to companies like Braven, a homebrew operation that plans to open a new brewery in Bushwick this January. Photo: Braven Brewing Company

Not so long ago you couldn’t throw a rock in North Brooklyn without hitting a brewery; at the turn of the 20th century New York was producing most of the beer in North America. Then Prohibition, combined with a few other factors, stymied business and one by one breweries fell like so many dominoes. Rheingold Brewery held on the longest, succumbing to the Midwest’s beer behemoths in 1976.

Over the past few years though, there’s been a steady beer revival going on, starting with Brooklyn Brewery, which was founded in 1988, and expanding to the great new beer halls like Spritzenhaus, specialty beer shops like Beer Street and Brouwerij Lane, and beer nerd meccas like Torst. Now with the opening of  The Well, an outsized new beer hall, and the so-near-you-can-smell-the-hops launches of Grain Terminal Brewery, Transmitter Brewing and Braven Brewing Company, North Brooklyn is returning to its sudsy roots.

The Well, the unofficial motto for which is “the only wrong beer is no beer,” is a 4,000-square-foot beer hall located in a building that once housed Bushwick’s Hittleman Brewery. In addition to a music venue called The Wick, The Well is home to an 11,000-square-foot beer garden with a 300-plus beer list.

“There’s a huge explosion of craft beer and there’s so much of a history of beer in this area,” says Josh Richholt, resident beer geek and co-owner of The Well. “It’s you progressing in a long line of people who have come before you.”

Richholt and his business partner, Shay Vishawadia, are determined to keep many of the Hittleman Brewery’s original features, but choosing a venue with so much history has presented some structural challenges, so for now, The Wick and The Well are only open for special events. Even so, the pair are more than hopeful that their venue will be open on the regular early next year.

A few miles north in Greenpoint, a new brewery called Grain Terminal is poised to open within the next three months, along with an on-site brewpub called Dirck The Norseman. The whole operation is the brainchild of Ed Raven, owner of Raven Import Co. and à la carte beer joint, Brouwerij Lane. Located at the corner of North 15th and Franklin, the brewpub will feature a stunning view of the Bushwick Inlet and the Manhattan skyline.

Patrons will be able to catch a glimpse of Grain Terminal’s head brewmaster Chris Prout crafting American- and Belgian- style beers, as they sip their ales and lagers. If all goes well, Prout should be churning out brews by winter. After four years as a homebrewer and an apprenticeship with Outer Banks Brewing Station, Prout is excited to finally be at the helm of a brewery. “I would love to see thirty-plus breweries making beer in Brooklyn in my lifetime,” says Prout, mentioning how “stoked [and] honored” he is to be leading the charge.

Meanwhile, Transmitter Brewing and Braven Brewing Company remain in various states of limbo. At the moment, Transmitter operates out of a basement in northern Greenpoint but its founders, Rob Kolb and Anthony Accardi, very recently leased a space under the Long Island City side of the Pulaski Bridge. Despite being operational, their craft beers aren’t quite ready for public consumption–Kolb and Accardi are awaiting licensing approval before they can start selling, which they anticipate having by early 2014. Once that licensing comes through, the duo plans to begin larger scale production and the brewery, slated to open early next spring, will specialize in traditional and farmhouse ales. Accardi is a yeast geek of sorts and personally cultivates a wide range of strains from scratch, which is a luxury larger breweries usually can’t afford. “We aren’t really interested in making another Sierra Nevada,” Kolb says. “The stuff we want is more handmade [and] artisanal.”

Another factor that sets them apart is that Braven’s first round of investments isn’t coming out of pocket but through crowdfunding–an avenue local entrepreneurs are turning to more than ever that we wrote about back in September. On Oct. 18, Feldman and Thompson launched a swag-heavy Kickstarter campaign with a fundraising goal of $20,000. “At first, it was definitely all friends and family that were donating,” says Thompson. “But one of the biggest thrills was when we started getting backers that neither Eric nor I knew.”

Family, friends and friendly strangers have raise more than 80 percent of their goal, and the campaign doesn’t end until Nov. 20. “In addition to the Kickstarter backing, the reception we’ve gotten has been really encouraging,” says Feldman, adding that it’s time to turn that goodwill into the final financial push they need. Accordingly, they’re throwing a rockabilly-themed wrap party on Tuesday, Nov. 19. They envision that after making the move to Brooklyn early next year, they’ll expand Braven’s small operation into a fully functional brewery sometime between January and June of 2015.

Brooklyn’s beer scene is more robust than it’s been in nearly a century and getting better all the time–we’ll drink to that!