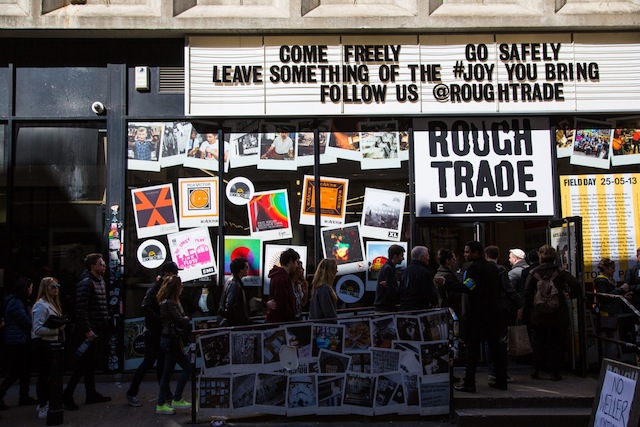 I can still remember the first time I ever went to Rough Trade—I was 19, on spring break in London, and harassed the bored store clerk in Notting Hill to tell me what the cool kids were listening to. Years later, Rough Trade East, on Brick Lane, became my go-to email-checking spot when my flat in East London didn’t have wifi; a place I wandered around drunkenly with friends after drinks next door and listened to, well, what the cool kids were listening to; and, later, the site of black-and-white photo booth sessions with my future husband.

Though I loved going to record stores in New York, none of them held quite as special a place in my heart as Rough Trade. All this changed when Rough Trade announced that they’d be opening their only international shop, Rough Trade NYC, in Williamsburg. Over a year in the making, the 10,500-square-foot space includes a bar, a venue, a record store, and kickass black-and-white photo booth. It is scheduled to open Monday, Nov. 25.

Rough Trade co-owner Stephen Godfroy is just as excited about expanding into Brooklyn. “New York, and certainly Brooklyn, is similar to London in many ways, so on one level, it was easy deciding on Brooklyn/NYC,” he said by email. He points to the music scene, the forward thinking community, and, as he puts it, “the local appetite and understanding for the artifact in a post-digital age,” as some of the reasons that Rough Trade found Brooklyn alluring. 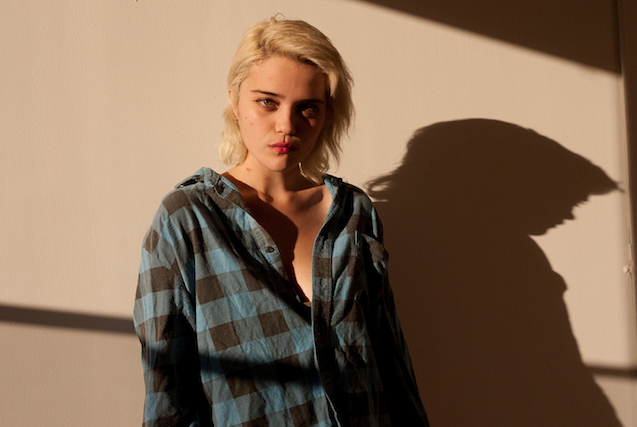 One key component of the new Brooklyn store is its venue, run by Bowery Presents—Rough Trade East is known for its exceptional in-store gigs, with acts like Haim, Little Boots, Sharon Van Etten, the Hold Steady and more all playing the space. Rough Trade NYC is expected to take this to the next level, with a mix of free and ticketed shows in its full venue space. Confirmed acts in the next few months include Sky Ferreira (on their opening day), Phosphorescent, Jagwar Ma and Pretty Lights.

“Live music is a cornerstone of our store experience,” said Godfroy. “We embrace all kinds of music, so we’re eager to dispel the myth that it’s only a place for indie music.”

Godfroy also emphasized his wish that the shop serve as a social center, not just a transactional establishment. “We’re a place for all ages and tastes to spend time, we’re not simply a place to purchase music or books,” he said. “We’re a community store, a location for the independently minded to congregate and spend time with likeminded people.” Come next week, we’re looking forward to getting the chance to check it out for ourselves.