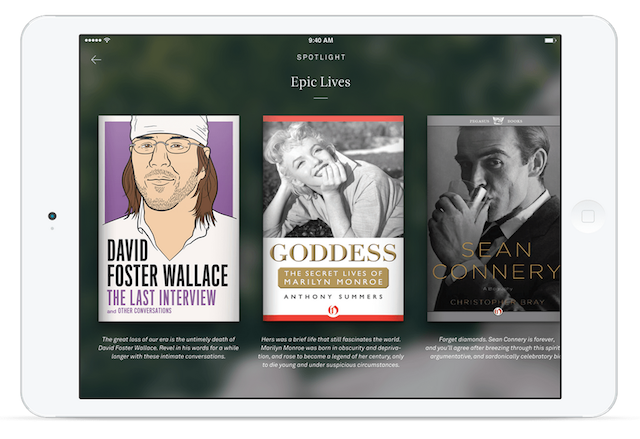 With the introduction of an iPad version of its popular book reader app, Oyster is now more than a companion for commuters. Photo: Oyster

When we rounded up a list of helpful transportation apps earlier this fall, we threw in Oyster as an added bonus. The new app, which gives subscribers access to over 100,000 book titles for a $10 per month subscription fee–like a literary version of Spotify or Netflix–has a clean, simple design that’s easy to navigate, and the ability to exponentially expanded user’s private libraries instantaneously. You can search for books by categories, authors, titles or keywords. There are reader recommendations, and access is unlimited.

Conceptually, I thought it was ingenious at the time, but it came with a major caveat–it was only available for iPhones. The experience of reading on such a small screen only compounded my motion sickness on morning commutes and killed my battery life; this made word that the company was introducing an iPad app late last month even bigger news than the startups initial launch in a lot ways. It positions Oyster less as a travel-companion app and more as a legitimate competitor for other e-book platforms like Amazon’s Kindle series, which until now required the use of an app to access through Apple products. It could potentially make the use of such applications obsolete for Apple users, as the monthly costs associated with Oyster are comparable to buying an e-book every month (and getting 100,000 times more titles to choose from).

There is still no version of the app for Android users, but Oyster is offering everyone a free month’s trial to check it out themselves either online or through its apps, just in time for the holidays.