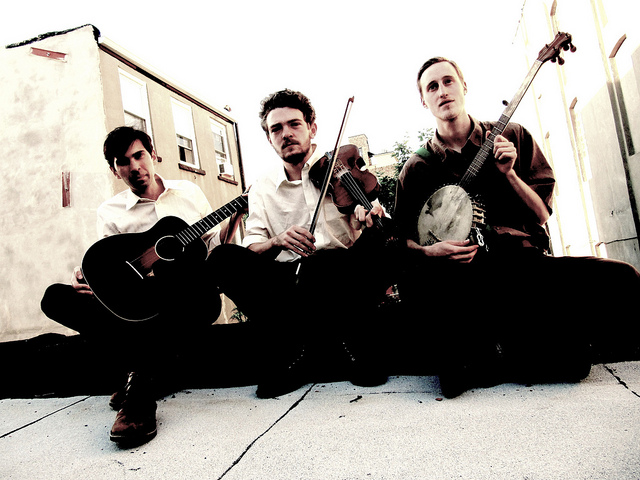 The Down Hill Strugglers Photo: Down Home Radio

It seems like 31-year-old banjo player Eli Smith was destined to play old-time folk music. He grew up in Greenwich Village–the epicenter of the 1960s folk revival boom. His parents–who are left-wing political activists–exposed him to the folk sounds of giants like Woody Guthrie and Pete Seeger. But it wasn’t until he listened to music by the likes of bluesman Mississippi John Hurt and The New Lost City Ramblers, an old-time string band,  as a teenager that he started to seek the sources behind that old-time roots sound.


Smith is one of the members of the Brooklyn old-time string group, the Down Hill Strugglers, along with fellow multi-instrumentalists Walker Shepard and Jackson Lynch. Formerly known as the Dust Busters, the Down Hill Strugglers perform traditional authentic roots music. Their latest album, Show Me the Way To Go Home, was released in October; and their performance of the traditional folk tune, “The Roving Gambler,” appears on the soundtrack of the new Joel and Ethan Coen film, Inside Llewyn Davis.

“I’m personally hoping to reform the notion of folk music,” says Smith. “I think it’s become very corrupt where people think folk music is just singer-songwriters or somebody idly strumming on a guitar. So what I want to bring people [is] some culture that really has deep roots and is very rich and diverse.”

If the music on Show Me the Way to Go Home sounds authentically rustic as if it was coming from a 78 RPM record, it was intended that way. The album was produced in a field recording style at Red Hook’s Jalopy Theater. “We’re big fans of field recordings,” says Smith. “It’s what folklorists do when they go out into the country and locate musicians in their homes or wherever they may be and just record them there. That’s the sound we were going for. I think we got some really good old-time music there.”

Smith and Shepard met each other through Peter Stampfel, a member of the 1960s New York City folk group the Holy Modal Rounders; it was also through Stampfel that they met John Cohen of the New Lost City Ramblers. “He’s somebody that I had admired since I was in high school,” Smith says of Cohen, “so it was amazing finally to get to meet him and really learn from him in a personal way. I’d never thought that would happen and it’s been a real honor.” 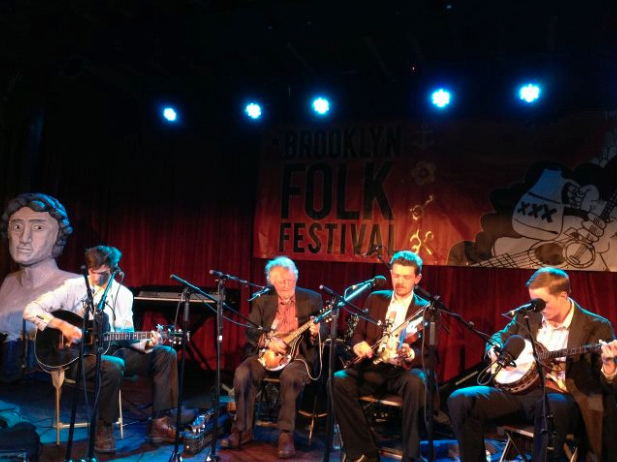 The Down Hill Strugglers considered their bid to appear on the soundtrack of Inside Llewyn Davis, a film that was inspired by the 1960s Greenwich Village folk scene to be a long shot. Both the band and Cohen collaborated on “The Roving Gambler,” a song the Strugglers first recorded on their previous album as the Dust Busters.

“We sent in a demo and didn’t expect anything to come of it,” recalls Smith. “But then we got a call from [producer] T Bone Burnett’s office telling us to come to this recording studio. We recorded songs for possible inclusion on the soundtrack. We did the session and didn’t hear anything for quite a while. We figured, ‘Well, that was fun but nothing’s gonna happen.’ But then we got a phone call saying that in fact one of our songs was going to be used on the soundtrack. We were very pleased about that.”

In addition to playing with band, Smith is the host of the Down Home Radio Show and a banjo instructor at the Jalopy Theater. He is also founder of the annual Brooklyn Folk Festival and the Washington Square Festival. Through his band and his projects, Smith seems like he’s on a mission to bring back this old-time music for this generation and beyond.

“We’re trying to find our own voice within the realm of the old rural America,” he says, “which is a society that is pretty much vanished now but left this great legacy of sound and this great aesthetic that was created by rural working-class Americans over 100 years. We don’t want to see that sound go away. The music has a lot of meaning…the lyrics have a lot of history and they’re really laden with meaning. To us it’s very powerful music.”