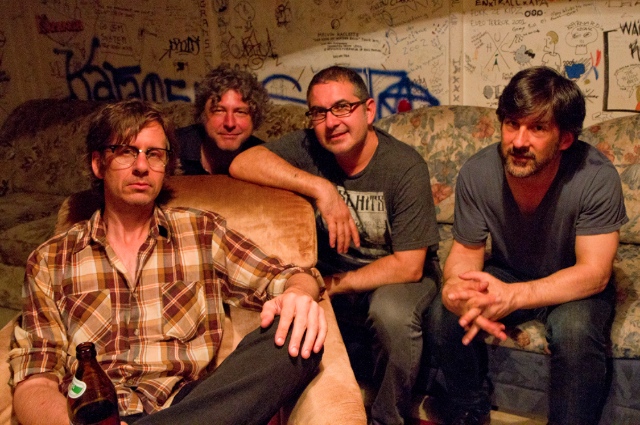 In a year that saw releases from Kanye West, Beyonce, Lady Gaga, Katy Perry, Britney Spears, Jay Z,  Eminem and Arcade Fire, there was also a bevy of smaller, but also noteworthy records from artists with Brooklyn ties. Like last year, 2013 was a great year for Brooklyn indie rock with some sounds from the worlds of classical, electronic music, and even 1920-styled jazz thrown into the mix as well. In no particular order, here’s a rundown of most of the music  we covered in  Brooklyn Based, and a few acts we overlooked, plus a playlist for your year-end listening enjoyment.

Simone Dinnerstein and Tift Merritt, Night
One of the most unlikely collaborations between an acclaimed classical pianist (Simone Dinnerstein, who is from Park Slope) and a respected alt-country artist (Tift Merritt),  yielded a sublime record. Through just piano, guitar and voice, Night contains an eclectic range of interpretations of works by Schubert, Bach, Leonard Cohen, Billie Holiday and Patty Griffin. It’s the type of record that you should play on a cold winter evening, and let the music envelope you with its starkness and beauty.

Savior Adore, Our Nature
Fairy tales do come true, at least in song on this synthpop duo’s most recent album. Our Nature dazzles with its electronic soundscapes and whimsical, imaginative lyrics–case in point is the infectious “Loveliest Creature.”

Bear Hands, “Giants”
The Brooklyn quartet is slated to deliver a new record  to follow up 2010’s Burning Bush Supper Club. Meanwhile, soak in Bear Hands’ latest single “Giants,” a driving anthemic rocker that is sure to lift your spirits and move your body.

Patti Smith with Vince Giordano and the Nighthawks, “I Ain’t Got Nobody”
Speaking of unlikely pairings, punk rock icon Patti Smith and New York jazz orchestra the Nighthawks, led by Brooklyn’s own Vince Giordano, collaborate together on this mournful cover of “I Ain’t Got Nobody” for the Boardwalk Empire Volume 2 soundtrack. If you didn’t know this was a modern recording, you could’ve sworn you were listening this off an old  78, you’re not alone–this song and the others from the soundtrack really capture the spirit of the Jazz Age. 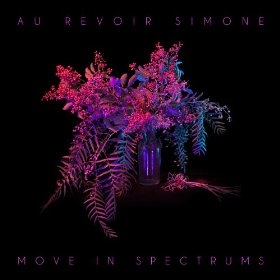 Au Revoir Simone, Move In Spectrums
After a hiatus, the  synthpop trio Au Revoir Simone has returned with their excellent fourth album–think Kraftwerk meets ’80s dance music. It’s a record that is both dreamy and upbeat and the spirited single “Crazy” is one of the most noteworthy cuts on the album.

Obits, Bed & Bugs
The members of Obits may have logged in more years in music than most of their indie rock counterparts, but their vigorous stage presence proves that for them, age is not an issue. Bed & Bugs is rock with a tinge of ’60s influences such as surf, and its opening track, “Taste the Diff,” sets the tone. 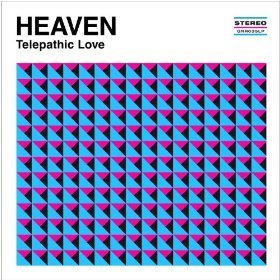 Heaven, Telepathic Love
Lou Reed may be gone, but the influence of his former band the Velvet Underground lives on in countless rock groups, including Brooklyn’s own Heaven. Case in point is the band’s latest record, Telepathic Love, whose dark sheen not only recalls some of VU’s finest moments but also the Jesus and Mary Chain and the Paisley Underground sound as well. But even without those comparisons, Telepathic Love stands on its own as a dreamy, gorgeous rock record.

Sk.eyes, Sky Witness
Shawn Koonin, aka Sk.eyes is living proof that when life gives you lemons, make lemonade. A broken foot played a role in producing his all-electronic album Sky Witness–a record that certainly reflects the influence of artists like Brian Eno, Depeche Mode and Vangelis. “I really like the idea of having infinite textures at my disposal,” Koonin said to me this summer. “I always wanted to be able to create atmosphere–and all of a sudden because of computers, I can do it.”

Desert Stars, Habit Shackles
There’s a sort of airy, other-worldly quality to the music of Desert Stars, no doubt in part due to Janelle Best’s vocals. If you can sense the influence of ’90s indie music on Habit Shackles, you would be right as Belle once told me she was a fan of the music from that decade. The result from this record is something quite heavenly, emotional and haunting. 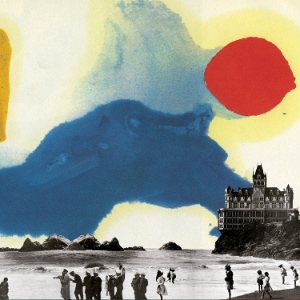 Yellowbirds, Songs from the Vanished Frontier
Sam Cohen, a former member of Boston indie rock group Apollo Sunshine, returns with his current group’s second album: a stellar rootsy work that also has a sort of ’50s/’60s pop romanticism to it,  characterized by some distinctive guitar and Cohen’s gentle voice. The single track “Young Men of Promise” has a British Invasion type of sensibility. If you like that song, you’ll dig the rest of the record.

Plates of Cake, Teenage Evil
Another record that could have come out of the ’60s, Plates of Cake’s Teenage Evil reflects influences ranging from garage-style power pop to punk and psychedelia. With its lo-fi rock sound and Jonathan Byerley’s world-weary, raspy vocals, Teenage Evil is a catchy and atmospheric record  highlighted by the stomping fervor of “Late Last London” and  the punkish/reggae-laden aggression of “Hey Hey Devotion.”

Ex Cops True Hallucinations
This shimmering debut  record has an energetic yet lush sound likened to British and New Zealand indie pop music (and perhaps a bit some SoCal pop influences a la Fleetwood Mac). Tracks from the album like “Ken,” “Spring Break,” and “James” find their way to sink into your skin with melodic hooks, intimate vocals and harmonies, and sonic colors. “We kind of based our career on “Sometimes Always,”” singer Brian Harding said in referencing the Jesus and Mary Chain song. 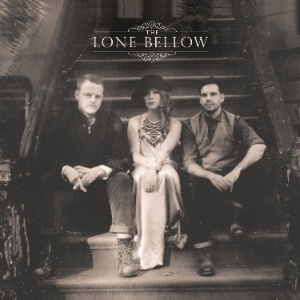 The Lone Bellow, The Lone Bellow
This country roots trio from Brooklyn made one of the best albums of 2013 (I said it back then in January here on Brooklyn Based and I haven’t wavered since). The group had a pretty busy year with touring and with the media attention that has been lavished upon them. The Lone Bellow’s self-titled record is full of soulful passion and heart, from buoyant optimism in the opening track “Green Eyes and a Heart of Gold,” to bittersweet sadness in “Two Sides of Lonely” and the gospel-tinged “You Never Needed Nobody.” “I think that this record ebbs and flows from tragedy, hope, betrayal, redemption,” frontman Zach Williams told me earlier this year. “There are very dark moments where it makes me relive some stuff, and I’m grateful for that. And then there are hopeful moments that raise hope to me. I’m always hoping that it will be the same with whoever’s in the room listening.” Not often does a group manage to make such a great record on the first try, and it’s a promising indicator of good things to come from The Lone Bellow.

The National, Trouble Will Find Me
Only The National can make melancholy sound so beautiful and poignant. The band furthers that bleak outlook on Trouble Will Find Me, a very introspective work that explores human frailties. While the mood is certainly downbeat and funereal–echoed by Matt Berninger’s weary vocals–it’s also very cathartic in a way. You can find solace and hope in these sad songs. There is not one clunker in the bunch: some of the standouts include the ballads “I Should Live in Salt” and “Pink Rabbits,” the slightly punkish “Graceless,” and the stark-sounding “Slipped.” For all its weariness on the surface, Trouble Will Find Me is also quite inspiring.

MGMT, MGMT
It’s hard to pin down MGMT’s self-titled latest record because sonically it’s bit all over the place–but in a good way as the music blends electronics and art rock. “Alien Days,” the opening track lives up to its title with a sort of sci-fi whimsical bent; “Your Life is a Lie” is as clanging as it is deprecating; and “Plenty of Girls in the Sea” is a funky poppy number that is perhaps the most accessible of the bunch. MGMT also does a cover of  the ’60s group Faine Jade track “Introspection,” which is very reminiscent of the psychedelic pop of Donovan and Beatles’ Sgt. Pepper. The fact that the music  defies categorization is what also makes it stand out from the pack. 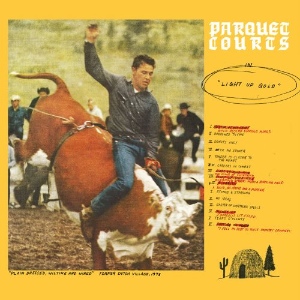 Parquet Courts, Light Up Gold
Parquet Courts’ most recent record sounds like it could have been made in the late 1970s/early 1980s–it recalls the agitated post-punk music of Gang of Four. Frenetic and chaotic-sounding, Light Up Gold is brilliant album with some piercing, fiery guitar work.  A couple of the record’s noticeable tracks include “Yr No Stoner,” a song that could have easily fit with the Velvet Underground’s White Light/White Heat record; “Careers in Combat” is somewhat of a pointed political commentary that hits home in just over one minute; and “Stoned and Starving” is a terrific narrative song that name-checks Ridgewood. This gem of a record manages to sound both retro and fresh–not an easy accomplishment.