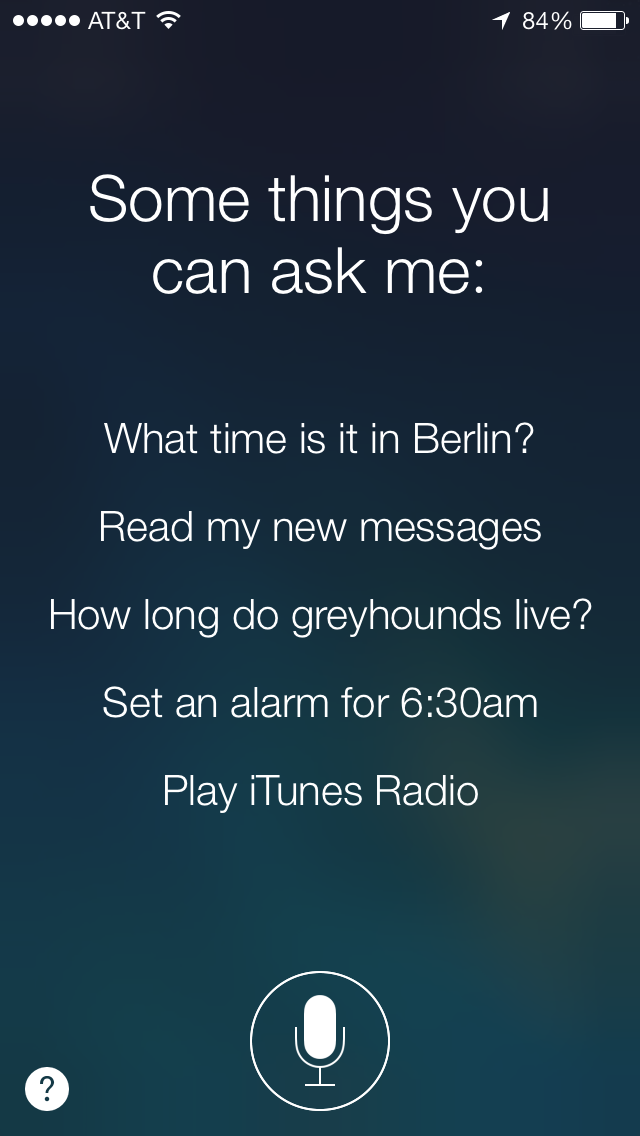 Okay, okay. You don’t care anymore. But, that’s your fault. When Siri first appeared on your phone, she was a delightful sideshow act that you and your friends bullied into responding to dirty jokes. In private, on your couch, you may have tried a few things, asking questions here and there, hoping for thrilling answers. The truth is, Siri isn’t that thrilling, but she can be useful—you just need to know how she works, thinks, feels…

The real question is: Why use Siri at all? The quick answer: Typing on a phone is terrible, terrible! With gloves all the rage this season, it’s time to give Siri a second chance.

To get the most out of Siri, you have to learn how to ask her stuff. To get started, empty your mind of all you think you know about Siri and hold down the home button. You’ll be prompted to say something when you hear Siri’s alert tone. Don’t worry, don’t say anything. Instead, click the question mark in the bottom left hand corner. 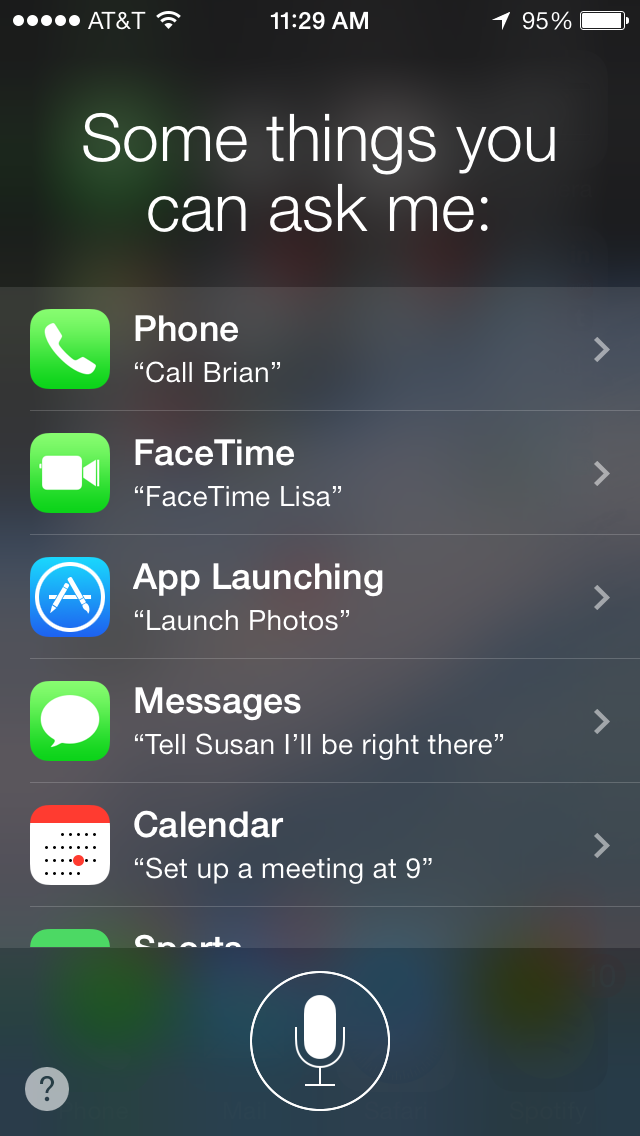 You’ll see a variety of apps. The list is long, and taping on any of them will bring forth suggested uses for accessing each app through Siri. Reminders is one that I’ve been using a lot more of since I’ve gotten the hang of Siri. 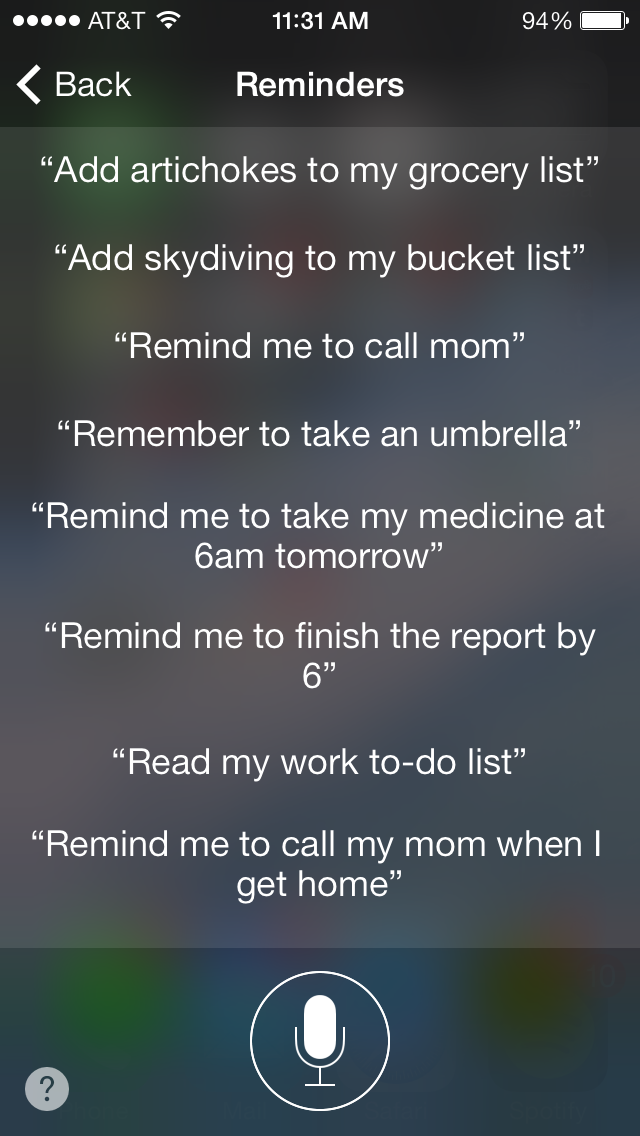 There’s another way see what Siri does. Rather than tap the question mark in the bottom corner of the screen, activate Siri by holding down the home button and then tapping the audio wave animation at the bottom of the screen. You may get a response, including “I’m not sure what you said,” but pay it no mind. Swipe up from the middle of the screen to see a random list of example Siri commands. My favorite was this sad bit about greyhounds.

Learning how to use Siri is pretty easy and great if you hate pulling your gloves off to send a text or email, but equally useful for the more mundane stuff like setting a timer, opening apps, or looking up movie schedules. You can even ask Siri to make your screen brighter or turn on Bluetooth.

The best part is you cheat sheet with you, and over the course of discovering it, you’ll find out which features suit you best. That said, feel free to ask Siri how you look naked anytime you want. 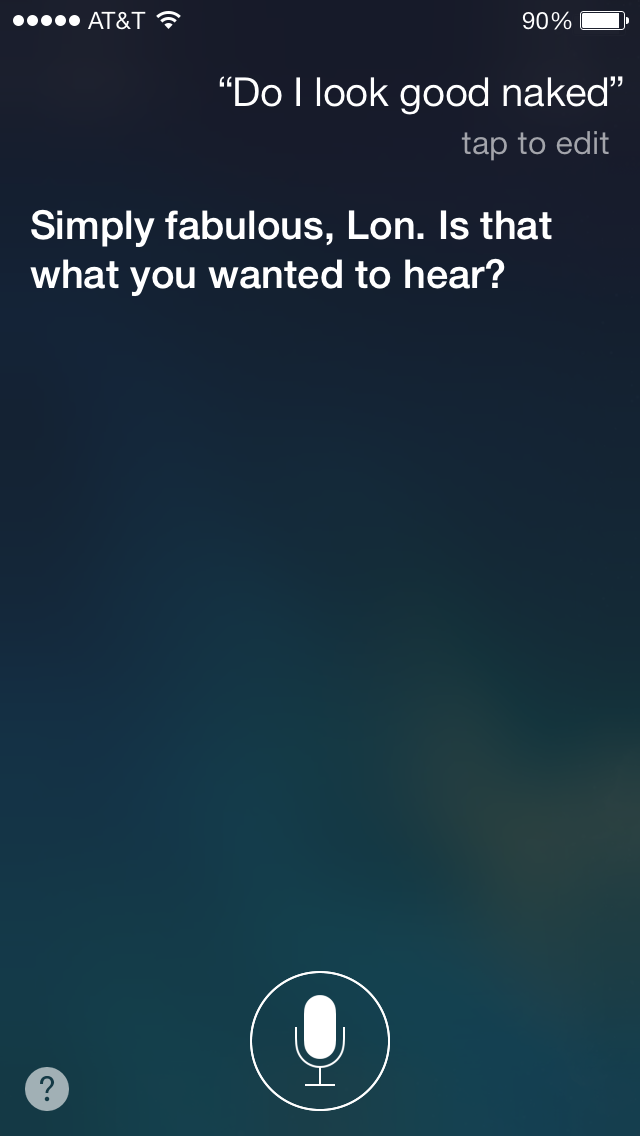