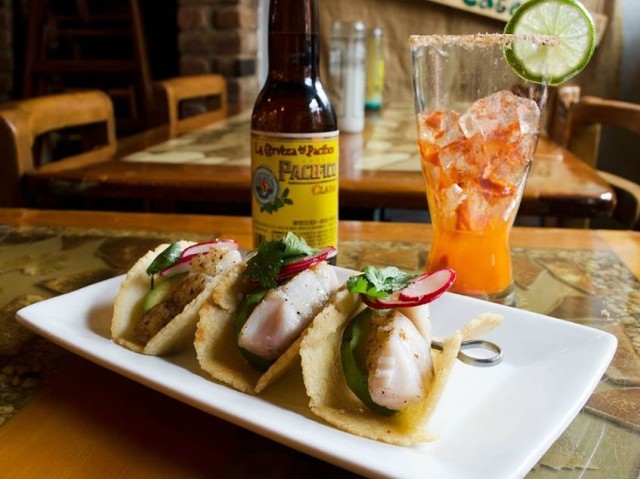 Last week we looked at the best new Brooklyn restaurants of 2013, but enough reminiscing, because the New Year in Brooklyn promises the return of some well-known Brooklyn chefs, several notable West Coast imports and Brooklyn’s fanciest coffee spot yet. Here are are our top 10 most anticipated food and drink outposts of 2014.

On the heels of Fort Reno’s closing a couple weeks ago, owner Jacques Gautier is turning the Union St. space where his BBQ joint once stood into a taqueria spinoff of his other restaurant, Palo Santo, with plans to serve farm-to-table tacos. Photo: Palo Santo

10. Palo Santo Taqueria Spinoff
Tiny Park Slope BBQ spot Fort Reno seems to have lost the Union Street BBQ wars to its aptly-named neighbor Dinosaur Bar-B-Que, closing quietly a few weeks back. But some solace for fans is in store. Fort Reno/Palo Santo owner Jacques Gautier will replace the shuttered spot with a yet-to-be-named taqueria spinoff of the latter restaurant, serving farm-to-table takes on the taco, with exciting options like duck mole, lobster and pork surtido made with offal. Opening February 2014.

9. Umami Burger Williamsburg
California’s upgraded answer to Shake Shack has been impossible to get into since opening its first East Coast location in Greenwich Village last year, and soon Brooklynites won’t have to cross the river to see what all the fuss is about. Bedford Avenue and North 4th Street will reportedly be the site of Umami’s new Williamsburg location, serving truffle-glazed burgers later this year. Opening date unknown. 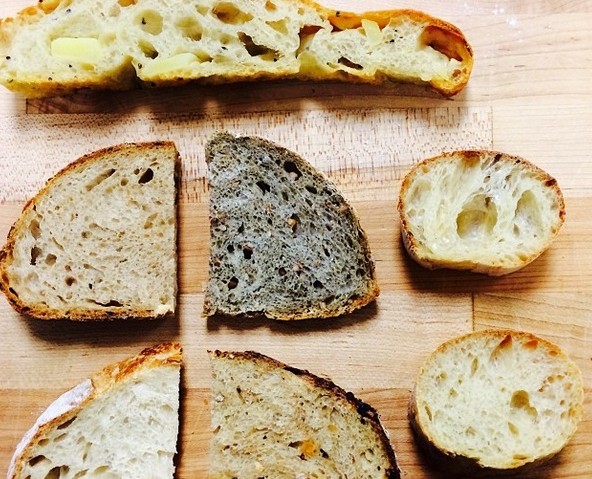 8. Nine Chains
This new Ditmas Park bakery is from the folks behind The Farm On Adderley, so you can bet they’ll offer up more than just your standard baguettes. Think stuffed buns, whiskey bread and meat-filled twists. There will also be sandwiches and pour-over coffee on hand when the store opens next week. Opening January 2014.

7. Budin NYC
This holdover from our fall restaurant preview is just about ready to open its doors in Greenpoint. Scandinavian coffee-lebrities Tim Wendelboe and Koppi Helsingborg promise to deliver NYC’s most exciting java experience yet, with specialty roasts complemented by Norwegian snacks and–pending approval–beer and cocktails. Opening January 2014. 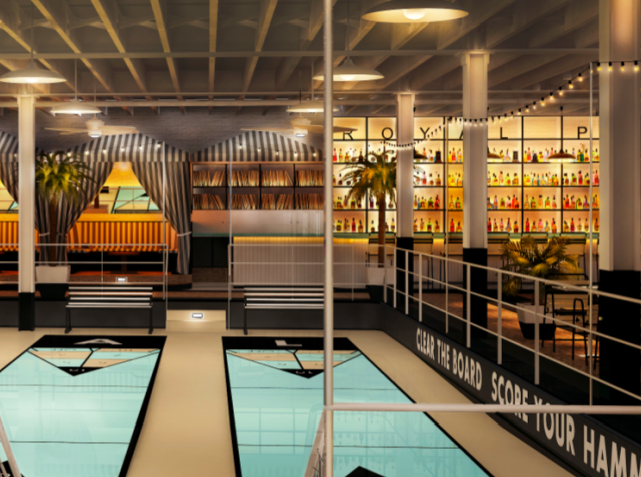 6. Royal Palms Shuffleboard Club
We named this Gowanus mega-venue our most anticipated 2013 opening, but we promise that Brooklyn’s first shuffleboard club is really, really going to open this year. The 10, competition-size shuffleboard lanes will be accompanied by Florida-style cocktails like key lime daiquiris and a food truck lot with a constantly rotating offering of dinner options. RP’s exclusive soft opening is set for next week. Opening January 2014.

5. Polo Dobkin Project
Another of 2013’s most-missed restaurants is Dressler, the popular, Michelin-starred Williamsburg restaurant that shut its doors in June. But Polo Dobkin, who served as chef at Dressler for several years, will reportedly return to open a new eatery in the same southside space, along with his wife Stephanie Lempert. Opening spring 2014 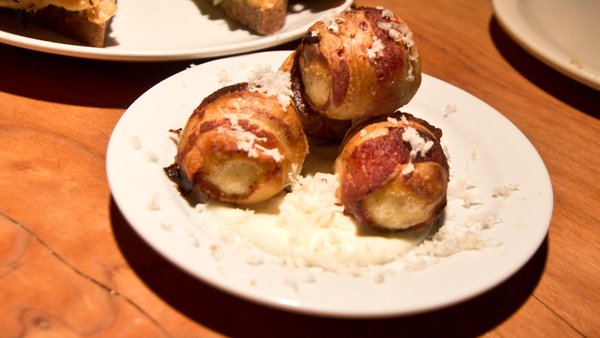 The bacon-wrapped matzoh balls at The Gorbals might just be the most indulgent menu item of 2014. Photo: the Gorbals

4. The Gorbals
Top Chef alum Ilan Hall plans to bring an offshoot of his popular L.A. restaurant to Williamsburg this spring. While few details have been released yet, the original Gorbals focuses on what Hall calls “Scottish-Jewish” small plates, with mouthwatering oddball dishes like bacon-wrapped matzoh balls, duck latkes and cilantro ice cream. Opening April 2014.

3. The Parm Williamsburg
With their high-end, playful takes on Little Italy classics like meatball parmesean, fried calamari and baked ziti, Mario Carbone and Rich Torrisi’s The Parm is, IMHO, one of the best NYC restaurants to open in recent years. It can also have an ungodly wait time just for a seat at their retro, diner-style counter, so it’s good news that Parm will soon be expanding with a second location in Brooklyn. Opening date unknown.

2. Meat Hook Sandwich Shop
The Williamsburg butchers of The Meat Hook have won plenty of fans for their high-low mix of classy charcuterie and “trashy sausages,” featuring options like bacon cheeseburger and buffalo chicken. Next up: These butcher boys will bring said meats to a stand-alone sandwich shop on Lorimer Avenue, with roast pork subs, grilled ham and cheese and daily specials. Opening winter 2014.

1. Concorde
Of all the homey, New American spots across Brooklyn, Buttermilk Channel does the upscale meatloaf and fancy chicken-and-waffles thing better than perhaps anyone else. So it will be interesting to see if Doug Crowell and Ryan Angulo can do the same for French fare. Set in the former Hopeland space on Atlantic Avenue, Concorde’s cuisine will be “American with a French soul,” serving opulent dishes including steakhouse-style chops, escargot and a raw bar. Opening winter 2014.