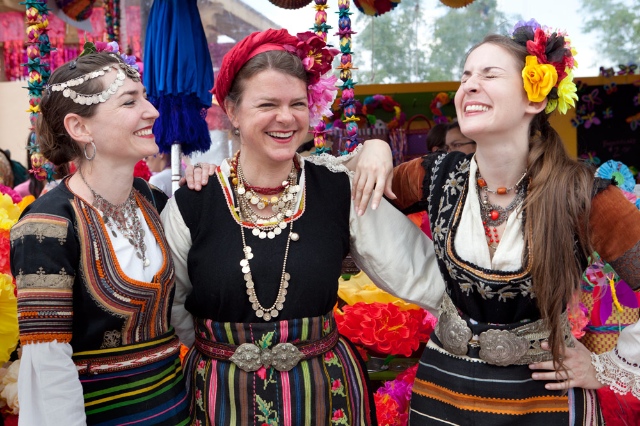 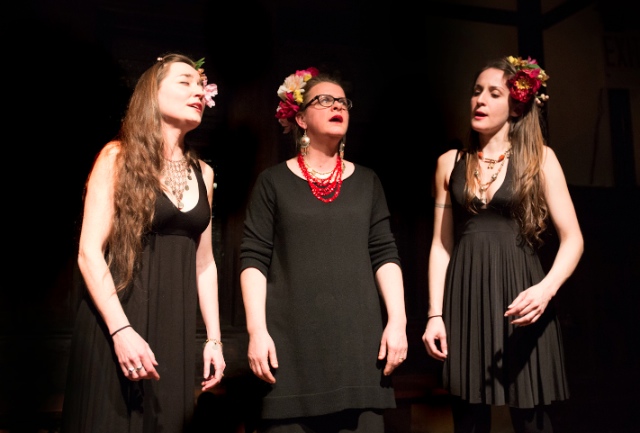 Black Sea Hotel’s new album, The Forest is Shaking and Swaying, is out now. They’ll be performing on January 18 at the Zlatne Uste Golden Festival, The Grand Prospect Hall, 263 Prospect Ave., Brooklyn, 6 p.m.. $55, $45 students.
Sarah Small, a photographer based in Williamsburg, can remember her earliest exposure to the music of the Balkans. When she was in college she came across the popular Bulgarian women’s choir, Le Mystere des Voix Bulgares, and fell in love with them.

“I thought, ‘Gosh, I know how to sing in tune,’” she recalls. “I don’t know anything about the language but the sheer magnificence of this music. The sound is so big, so many dense harmonies. It seems something I couldn’t resist.”

When she moved to New York in 2002, Sarah joined a start-up Bulgarian women’s choir in Brooklyn; a few years later, she and fellow singer Willa Roberts formed their own Balkan a capella group called Black Sea Hotel. With vocalist Corinna Snyder (who has since left the group), Black Sea Hotel recently released their second album, The Forest is Shaking and Swaying, which draws on traditional folk songs from Bulgaria and Macedonia. You don’t have to understand Balkan languages or culture to appreciate the beauty and richness of this music through Black Sea Hotel’s exquisite and layered-harmony singing and meticulous arrangements. It’s remarkable that it’s just their voices carrying the music, without any instrumentation.


“We work really hard on the music and we strive to give reverence to things,” says Sarah. “We’re very very careful because we know that some of the arrangement work that we’re doing is kind of a little bit out there, a little bit edgier and avant garde. We really work hard on crafting the technicalities.”

“We’ve been singing together between eight and 10 years,” says Willa. “The individual voices have so much to them that you can learn about and you can discover ways to blend that are unique to each other. So we worked super, super hard on that. It’s almost like telepathy at this point. So I think that people respond to that when we perform.”

The music for the album, which was funded through Kickstarter, was recorded at Temple Beth Emeth in Flatbush and in Sarah’s kitchen. According to Willa, the origins of these old folks songs are unknown. “A lot of the songs will start out talking about some kind of thing from nature, like a raspberry bush or a flower of some kind. I’d say probably a quarter of the those songs are about these heroic rebellion figures and they’re usually up against the Ottoman Turks,” she says.

Black Sea Hotel has performed at various venues including the Bulgarian embassy; they are scheduled to perform on January 18 at the Zlatne Uste Golden Festival, a showcase of Balkan music and culture, at Brooklyn’s Grand Prospect Hall. “What moves me to care about making more of this music is that it moves people so deeply in a way that they can’t describe why,” says Sarah, “because they’re not expecting the kind of sonic experience that we deliver to them. So it’s very exciting to watch people’s emotions become so vividly apparent almost like it’s a different object like in front of them as we’re performing, I get really moved by people’s facial expressions when we’re singing.”

Willa says that promoting and creating an awareness of Balkan music isn’t the whole story. “I love that about what we do,” she says. “But I do also feel like we’re doing something really new as opposed to doing something old. I think we’re doing some really groundbreaking stuff in our arrangements and in the way that we sing together.”