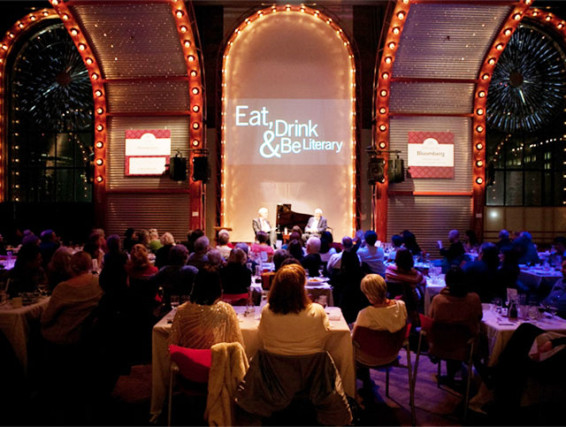 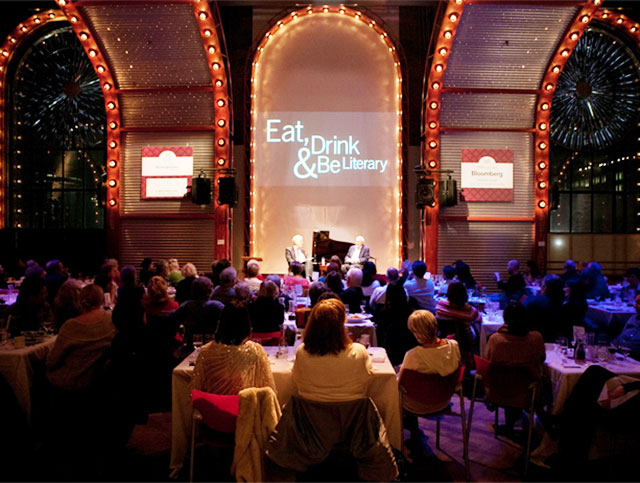 Eat, Drink and Be Literary at BAM, one of the longest-running reading series around, celebrates its 10th season this year. Photo: BAM

When Brooklyn Academy of Music decided to start its own book salon, Eat, Drink & Be Literary, in 2005, the cultural institution took a more intimate approach than its does with its performing arts programming. It decided to throw a series of dinner parties with some of the most well-respected authors of our time. Over the years, luminaries like Junot Díaz, Jennifer Egan, Elizabeth Strout, Michael Cunningham, Richard Russo and Jhumpa Lahiri have participated–giving everyone a chance to hear Pulitzer Prize winners talk about the inspiration of their work over bottomless glasses of wine.

“When a great new writer hits the scene, we want to get them up there, too, along with the Rushdies and Eugenides,” Shipman says. “Chang-rae Lee is great. In the course of putting together this series, I was just like ‘Oh my god, we would love him. Same with Alarcón. We’ve had our eye one on him since his last book. We were afraid he was a little bit too new, but I think it’s going to be a big year for him.”

Lee, whose new book, On Such A Full Sea, is out this month, and whose Korean War novel, The Surrendered, was shortlisted for the Pulitzer Prize in 2011, will be on hand on April 9. Tickets are still available for his dinner, as is the case with Alarcón on April 23. There are also tickets still available for Wolitzer, whose novel The Interestings made several must-read lists last year, including our summer reading recs. She will take the stage to discuss her writing process on May 28. Devoting as much time to courting new novelists like Bulawayo (March 19) as they do to snagging big-named authors goes a long way toward EDBL’s ability to remain so popular a decade in.

“It’s gotten to the point where I think that we are clearly one of the best reading series around,” Shipman says. “Some of these people have been on our wish list for awhile. It sometimes takes more than one asking to get them. We’re always looking for quality. We’re always looking for the whole cultural landscape to be represented. We’re looking for diversity, but the No. 1 thing we’re looking for is the best writers we can get. Bottom line: We want to see a lot of representation of what’s happening in literature right now in America, and internationally, as much as possible.”

Each dinner hosts 230 people and is followed by an author reading and moderated, in-depth discussion–this year’s moderators are Ben Greenman and Deborah Treisman of The New Yorker–with time allotted for attendees to ask questions at the end and have copies of their books signed. To date, audiences typically skew toward BAM’s more mature supporters, but if younger audiences are deterred by the $55 ticket prices, they should take into account that the price includes dinner, drinks, and a more intimate and thorough understanding of each author’s creative process than you’re likely to get anywhere else. Did we mention the free-flowing wine? If not, Joseph Melillo, executive producer at BAM, drove the point home during our interview telling us to expect a heady night to be had by all.

“It’s the intoxication of ideas and language,” he says. “And the wine is superb.”