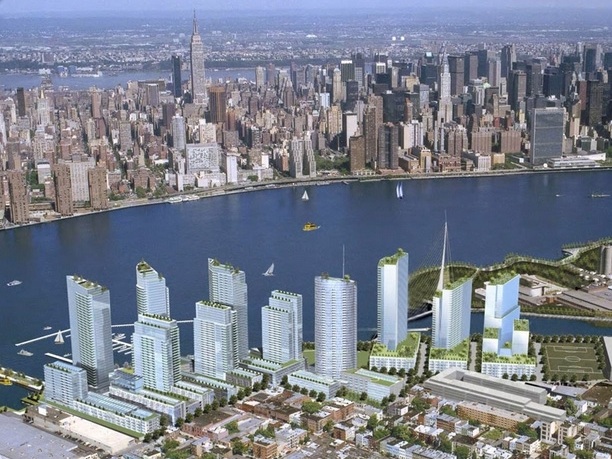 For this edition of the Narrative Month in Brooklyn we’re looking beyond what’s already happened and on to the new year. From real estate to retail, and from Park Slope to East New York, here are the 10 Brooklyn-based stories we know you’ll be taking about in 2014.

If you’re not a fan of what Mayor Bloomberg did to the Williamsburg waterfront, you probably won’t be jazzed about the new towers set to rise up over Greenpoint. In December, the City Council approved 10 shiny mega-towers planned for the waterfront, despite opposition from some community groups, like Save Greenpoint, who fear the buildings will ruin Greenpoint’s quiet, neighborly appeal. Expect this noisy fight to continue in 2014.

With Colorado, California and other Western states leading the charge on legalizing marijuana, New York is set to seriously enter the fray as well. State Senator Liz Krueger recently introduced a bill to tax and legalize it, and while Gov. Cuomo has called that measure a non-starter, his own recent moves in favor of medical marijuana have pushed the conversation forward. Incoming Brooklyn D.A. Ken Thompson is also firmly aboard the decriminalization train. Prediction: by year’s end, at least one Brooklynite announces plan for an artisan, hand-made-in-Red-Hook line of cannabis. 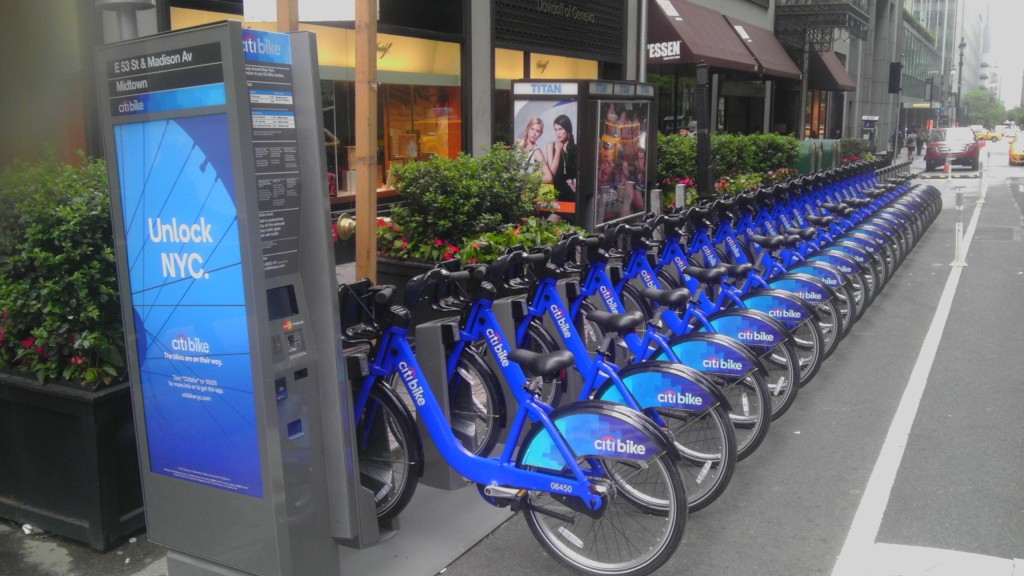 Speaking of Bloomberg and bike lanes, his signature CitiBike program is soon set to expand with 4,000 more bikes–but their location in ritzy nabes like Park Slope and Cobble Hill is doing nothing to dispel the notion that the bike-sharing program is only for the well-off. Expect amped-up pressure on de Blasio to bring the two wheelers to under-biked neighborhoods this year.

6. Will Bushwick Jump the Shark?
Bushwick is no longer “the new Williamsburg”–but now its own certifiable destination, with a booming food scene and rising rents to match. We’ve even seen reports of retail outlets that can’t afford Bushwick moving to Manhattan instead. Talk about an upside-down world! But can an uber-arty outer borough haven survive once it gets too expensive for artists? Will alternative types keep flocking to the ‘wick, or move even further out into Brooklyn or…Queens?

5. Time for East New York
Yes, the “which neighborhood will gentrify next?” discussion has officially reached Brooklyn’s outermost borders, with the Daily News pointing out that East New York may be the next frontier for home-buyers priced out of places like Crown Heights and Bushwick. It’s off the L train and biking distance to Rockaway…why not?

4. Governor’s Island All Day, Every Day
Starting May 24, every Brooklynite’s favorite weekend getaway will officially become an everyday spot. Governor’s Island will be accessible every day by ferry–and will welcome new attractions including a day spa, although the formerly free boat ride will now cost $2 roundtrip.

3. Playoff-Bound Nets?
Jason Kidd’s highly hyped Brooklyn Nets 2.0 are finally showing some signs of life in the new year, and are now on a four-game winning streak. They’re still several games below .500, but in this season’s lowly Eastern Conference, that has them just squeaking into playoff position. With the team picking up steam, could a real post-season run at Barclays be in the cards?

2. Fulton Mall Gets Even More Upscale
If there was any doubt that downtown Brooklyn’s shopping strip’s days as a charmingly downscale destination are numbered, consider news that Banana Republic, Nordstrom Rack, and other upscale retailers are set to open on the Fulton Mall in 2014. 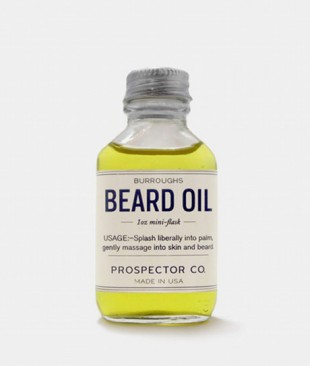 1. The Brooklyn Beard is Dead
According to none other than The New York Times, the scraggly, unkempt beard that has come to symbolize hipster Brooklyn is now showing up everywhere from high-fashion runways to the White House. You know what that means–it’s so over. Coming soon to Bedford Avenue: clean-shaven male faces as far as the eyes can see.