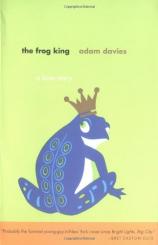 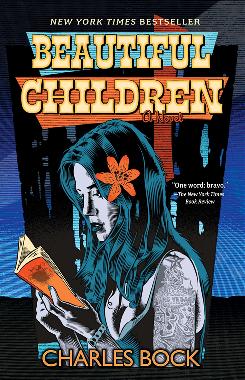 It’s hard to tell when your favorite writer it going to put out their next book. Recently an editor told me that first novels take five years to write and edit then another year to publish. Beyond that it’s tough to call. I know these things take time, but here are five writers that I’m hoping will release something new, if not in 2014, then as soon as humanly possible.

Charles Bock Though divisive, Beautiful Children drew a lot of attention from the media and the response it got was everything a first time novelist could hope for. Beautiful Children is a dark and compelling look into the lives of Las Vegas street kids and succeeds wildly at making the city a character. The street kids who occupy this book are taken seriously although they are written a bit tongue in cheek culminating in a style that sets Bock apart from his contemporaries. Beautiful Children supposedly took 10 years to write. Since it came out 2009, perhaps newfound confidence and incentive will yield a second novel in 2014.

Dennis Cooper It seemed when The Marbled Swarm was released in 2011, that the media and reading public at large were beginning to accept Dennis Cooper as the dark prince of progressive literary fiction. I call him progressive rather than experimental because Cooper’s novels tend to employ fresh and unique storytelling devices but never lack for cohesion and structure. For Cooper fans expecting his follow up to God Jr. and The Sluts to be anything like those books, or like any of the books the book in his George Miles cycle, The Marbled Swarm was anything but.  It was his first book with Harper Collins and yet it was completely unlike anything he’d done before: dense, labyrinthine sometimes even confusing albeit dependably dark. The Marbled Swarm demanded time and attention. Whether that was to your liking or not, certainly I’d be thrilled to see another novel from him, and perhaps one that retreads familiar ground.

Adam Davies It’s hard to fathom where this guy could possibly have gone. Davies’ debut novel The Frog King was the perfect first novel about the struggles of young adulthood. Rumor was that it was going to be adapted into a film starring Joseph Gordon Levit.  Four years later, Davis released Goodbye Lemon a novel about a son finally reconciling his relationship with his father after he’s stricken with a debilitating neurological disorder. Davies was proving himself to be in league with New Sincerity authors like Jonathan Safron Foer, whose inherently positive outlook on life didn’t blind them from them struggles of the day to day. Except Davies was in a league of his own when it came to his ability to wield choice words and string together sentences.  His last novel Mine All Mine was a comedic espionage thriller released in 2008 and the book world hasn’t heard from him since.  The man’s books are so funny, strange, touching, and fulfilling that whether or not he re-emerges, he’s well worth reading.

Alex Shakar The Savage Girl (the story of young woman navigating her way through the stealth marketing and trendspotting world of New York City that doubles as a Douglas Rushkoff-eque expose on the nature of corporate influence) was a powerhouse of a first novel and though it received high praise from writers and fiction enthusiasts it didn’t quite launch Shakar to where he deserved to be. His second novel Luminarium, which came out in 2011, was instrumental into transforming Soho Press into the house that we now know and love and it did for Shakar what The Savage Girl should have. Now I’m dying to see what his third novel will do.

Vanessa Veselka Former Maximum Rock n Roll writer Vanessa Veselka’s debut novel Zazen portrayed the world of young activists and punks with absolute confidence. It was published by Richard Nash’s Red Lemonade imprint which will hopefully resume operations in 2014, though it’s been rather quiet as of late. Veselka’s language is always tight and never overwrought but contains bursts of beauty and flash that are always unexpected. In 2013 she wrote an essay for GQ about her own escape from a truck driver who may have been a serial killer while hitchhiking as a teenager, that brought her perhaps even more attention than Zazen. Her next novel, whether it’s published this year or not is destined to make a splash.

Arthur Nersesian Embarking on five-book series about each New York borough is not an easy feat. Perhaps it was too much to take on, perhaps not. Nevertheless Nersesian is still one of the most prolific yet dependable novelists out there.  Even though The Fuck Up won Nersesian most of his fame, his body of work from Chinese Takeout to Suicide Cassanova, is rife with entertaining, compelling and weird stories.  Nersesian never quite got the Chuck Palahnuik treatment that he deserved, but it’s not too late. And, according to Amazon, Arthur has novel entitled Gladys of the Hunt slated for publication in May!