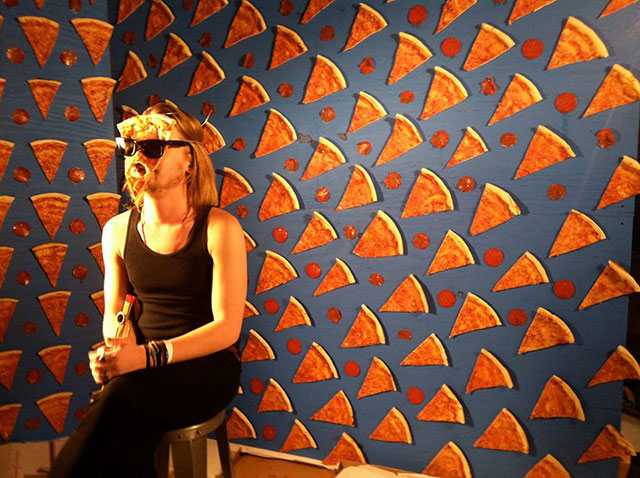 Take a bite of the wild slice with Macaulay Culkin’s Pizza Underground this Friday, as the pizza-themed Velvet Underground cover band piles on the toppings at the Brooklyn Night Bazaar. It’s a free show, so get there early. Here’s hoping for a White Light/White Heat tribute since it was just reissued–perhaps White Slice/No Meat? Their eight-minute medley was recorded at Culkin’s house, and PU is kicking off its first U.S. tour in Greenpoint on Friday night, opening for French Horn Rebellion–two brothers who, in addition to making music, like photoshopping the classical instrument after which they’re named onto incongruous things. Dress warmly, those Brooklyn Night Bazaar lines are not short.