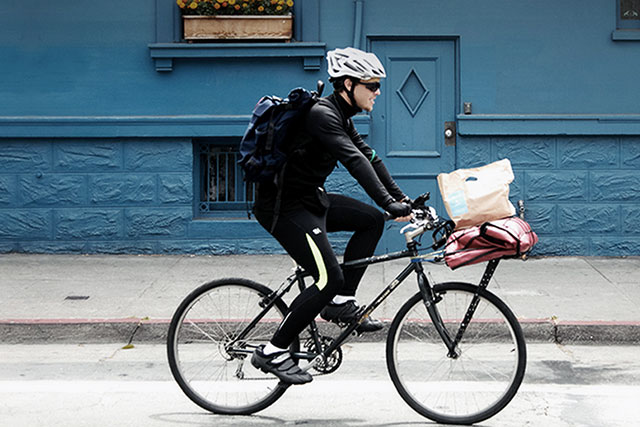 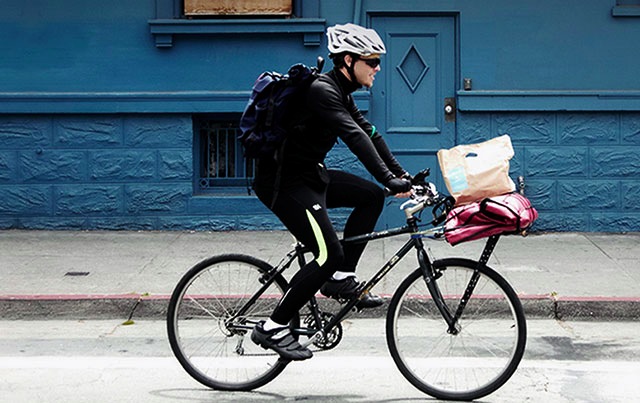 After initially launching in Manhattan last May, Postmates saw so many people in Brooklyn were opening its app that it quickly extended its service across the East River in October. Photo: Postmates

There are a lot of things you can have delivered here in Brooklyn–groceries, meal kits, party supplies, even your laundry and dry cleaning, but most of these on-demand services specialize in delivering just one thing.

Postmates is a new San Francisco-based startup that will deliver any local good you need, or crave, in under an hour. Through its app and a fleet of “Postmates” who travel by car and bike, the company currently serves neighborhoods along the East River from Greenpoint to Carroll Gardens, and reaches as far as Windsor Terrace and parts of Bed-Stuy and Bushwick. Between 8am to 3am, they will deliver almost anything to or from any business or residence in this zone for as little as $5. There’s an additional $20 fee for inter-borough requests between Brooklyn and Manhattan, which are guaranteed to get door-to-door in under two hours.

The average delivery cost in Brooklyn is $7 says Kristin Schaefer, Postmates’ director of growth. The fee is factored by distance, she says, and maxes out at $14 for Brooklyn-to-Brooklyn service. Postmates makes domestic deliveries like groceries, dry cleaning or dinner, serves as a courier for documents and last-minute gifts, and could prove to be a solid small-business solution for a borough that currently boasts only one local bike messenger service. They’ll even deliver most furniture, so long as it will fit in a vehicle that’s available and the courier can carry it.

Bastian Lehmann and his co-founders, Sam Street and Sean Plaice, launched an early prototype of Postmates in 2011. There are now versions of the app, which serves San Francisco, Seattle, Washington D.C. and New York City, for both iOS and Android users. Like Uber, the popular car service startup, to use Postmates you first create a profile that includes your credit or bank card information. Then you can request a courier to say, pick up a shipment of home-brewed beer and deliver it to a friend, or transport handmade jewelry from your studio to a local shop or customer. 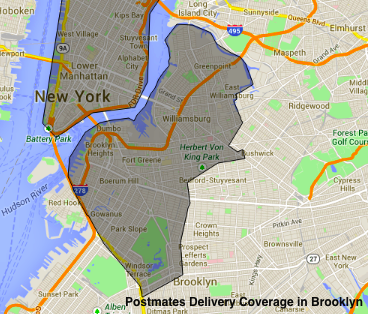 Schaefer says that Postmates’ New York City fleet numbers in the thousands, and consists of both professional couriers and part-timers who pass a background check and hiring process. “It’s a whole mix of people,” Schaefer says. “We have vans. We have cars. We have scooters. We have bikes.”

Postmates’ couriers carry their own credit card supplied by the company–they never have access to your banking information–and make the purchase (be it food, office supplies, a birthday present or any other errand) as your proxy. The company then charges your card for the items purchased, as well as for the delivery itself. If you’re using it as a courier service only, you pay just the delivery fee.

Right now the company is in the process of uploading Trader Joe’s entire fixed inventory–their most popular items are already available–making it easy for users to request their groceries through the app. Anything they don’t find uploaded already, can be entered manually. A courier can also pick up lunch from one of the many options already uploaded in the app, or you can enter any address into its system manually, which seems like a great way to remedy the fact that the best takeout is always just a little too far away to deliver. Schaefer concurs,”There’s really kind of infinite possibilities.”