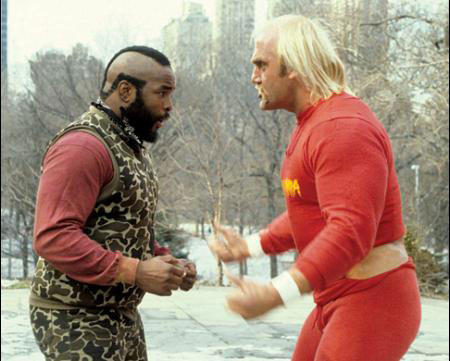 On March 31,1985, the World Wrestling Federation introduced us to Wrestlemania, a huge wrestling event featuring Hulk Hogan and Mr. T in a tag match, plus guest celebrities like Cyndi Lauper and Muhammad Ali. If you miss the amazing/ridiculous gimmicks of entertainment wrestling’s heyday, which any wrestling enthusiast/historian would have to admit was the ’80s and ’90s when wrestlers like Macho Man Randy Savage and Stone Cold Steve Austin ruled the ring, check out Wrestling Mania on Jan. 28 live from Union Hall. You can down beers and watch classic matches with guest commentators calling the action. On the card is Mike Edison (The Mike and Judy Show, High Times, Screw, I Have Fun Everywhere I Go), stand up comedian Dan Soder ( Live at Gotham, Conan, and Opie & Anthony) and Brooklyn based pro-wrestling manager/commentator Bobby Phobia. Hope you’ve been training, saying your prayers and taking your vitamins brother, because this is not for novice Hulkamaniacs! Tickets are $6.