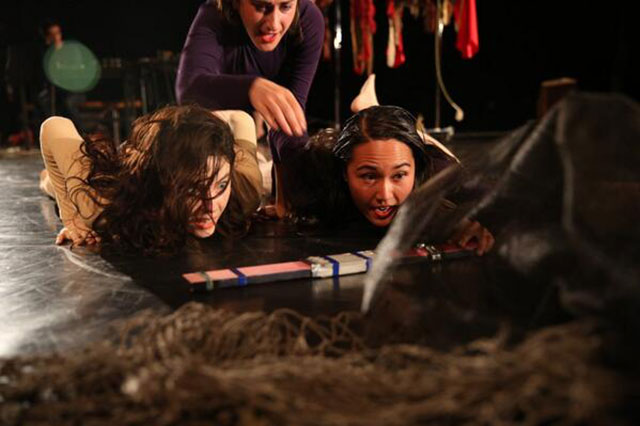 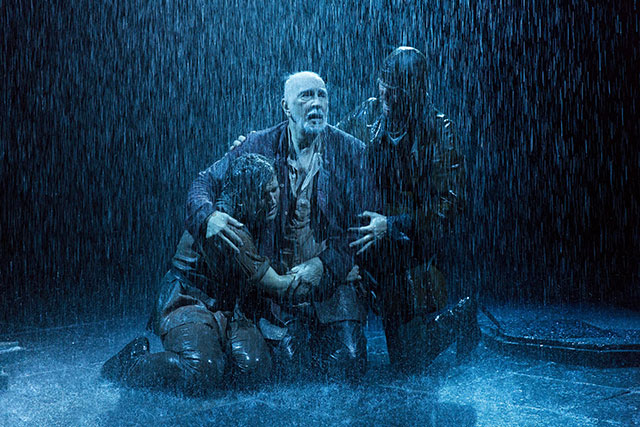 Brooklyn saw the opening of some major new players in its theater scene in 2013: Theatre for a New Audience and BRIC opened shiny new spaces as part of the development project known as the Downtown Brooklyn Cultural District. And this year, newcomers as well as stalwarts like St. Ann’s Warehouse and BAM and tireless indies like The Bushwick Starr and The Brick Theater are producing exciting new pieces and staging plays that haven’t seen the light of day for far too long. Here’s a quick cheat sheet on the lineup this season.

BAM
BAM got their winter season underway early, but there’s still time to catch Frank Langella as King Lear. A winter play if there ever was one, any good production of “King Lear” will take everything an audience member has, and rumor has it this one is worth the emotional disembowelment. In collaboration with the Chichester Festival Theater of England. (Through Feb. 9, Tickets $25—125.)

Composer Benjamin Britten would be 100 years old this year, and BAM is celebrating his work with a short run of his nautical opera “Billy Budd,” based on the Melville novella, with libretto by E.M. Forster and Eric Crozier. Glyndebourne Festival Opera’s gorgeous-looking production (Feb. 7-13, Tickets $30-185) features the London Philharmonic Orchestra.

The most interesting piece of BAM’s spring season doesn’t come until summer, in the form of Robert Wilson’s “The Old Woman,” starring Willem Dafoe and Mikhail Barishnykov (June 22-29, Tickets $25-125). I have no idea what exactly this one will entail, but the combination of those two performers, Wilson’s brand of gestural strange, and some recently re-discovered absurdist Russian drama sounds like fun. Disturbing fun.

Theater for a New Audience
There’s a new classical theater in Brooklyn (the first built in NYC since the Vivian Beaumont in the 1960s). TFANA’s inaugural season at the Polonsky Shakespeare Center on Ashland Place started strong with Julie Taymor’s “A Midsummer Night’s Dream,” and continues in March with director Arin Arbus’ “King Lear,” starring Michael Pennington. Two King Lears in one season on practically the same block? Why the hell not? Bring it on—dueling high-quality classical theater companies should be the worst of our problems, and each Lear is its own world. Note that the British import at BAM is starring an American and TFANA is featuring a Brit. (March 14-May 4, Tickets $65-75, 866-811-411)

BRIC House
Rounding out the scene on that little corner between Fulton and Lafayette is the newly opened BRIC House (647 Fulton at Rockland), a multi-disciplinary arts and media center (complete with café) built to facilitate the making of art in the borough, through rehearsal spaces, long-range residencies, labs, collaborative spaces, and more. The most talked about upcoming performance is “Wow,” a real-time opera about the rise and tragic fall of Milli Vanilli, using the German pop duo’s four major videos to take us through their journey, literally, as the audience moves throughout BRIC’s performance spaces and galleries. With a libretto comprised of press conference transcripts, and a score that mixes Wagner with electronic skips and loops, this will be far more memorable than any VH1 special. The work-in-progress runs this weekend Jan. 24-25, Jan. 30 and Feb. 1-2 (Tickets $15 adv.-$18, 718-683-5600).

The Bushwick Starr
Up in Bushwick, the Starr is opening dance-theater artist Jennie Marytai Liu’s “Actress Fury,” “a passion play of one tormented actress as she takes on the role of herself.” The bleachers are down, and the audience is seated right inside a mirrored dressing room. (Jan. 29-Feb. 15, General Admission $18). Later in the spring, new pieces from Daniel Fish, Andrew Dinwiddie, and William Burke will test and try your passions to the tune of “Death” and “The Food was Terrible.” The Bushwick Starr’s scope and producing ambition rivals much bigger and better-funded spaces, and some of the city’s best current indie talent can be seen there.

The Brick Theater
The unassuming Brick Theater in Williamsburg has a penchant for producing surprisingly themed performance series, like The New York Clown Theater Festival and the assorted video game performance art of Game Play. Their current production, “The Skype Show or See You in August,” operates in the same quirky vein. Based on the real-life relationship of a self-proclaimed “indie folk beatbox rock” duo called Greencard Wedding, the show, which debuted last year at the New York Fringe Festival, reveals how the two artists–he in Amsterdam, she in Brooklyn–stayed connected and wrote a musical together over Skype. (Jan. 23-25 and Feb. 5-8; Tickets $18, 718-285–3863)

St. Ann’s Warehouse
St. Ann’s season is winding down for the year, as they prepare for a move to their new home in the Tobacco Warehouse in fall 2015. The last major offering of the 2013-2014 season is Tricycle Theatre’s “Red Velvet,” a meta-theatrical drama about a young black American actor (Adrian Lester) taking over Edmund Kean’s role in Othello…in the middle of London’s 1833 Abolition-fueled unrest. (March 25-April 30, Tickets $45-55)

Invisible Dog
The Invisible Dog Art Center in Cobble Hill is a recommended stop for all manner of unusual performance and interdisciplinary art fun. Short performance runs are the norm there, but be sure to catch ‘hybrid’ performance collective Immediate Medium’s “Winnetou, I.T. – The Electric Indian.” Their blend of dance, performance, film, and well, something, is like no other. (Feb. 15-16; $20 suggested donation). Also, keep an eye out for the next CATCH. That venerable performance series turned 10 years old with a huge blowout at the Invisible Dog this month, and no one ever wants it to end, so hopefully they’ll announce their next date soon.