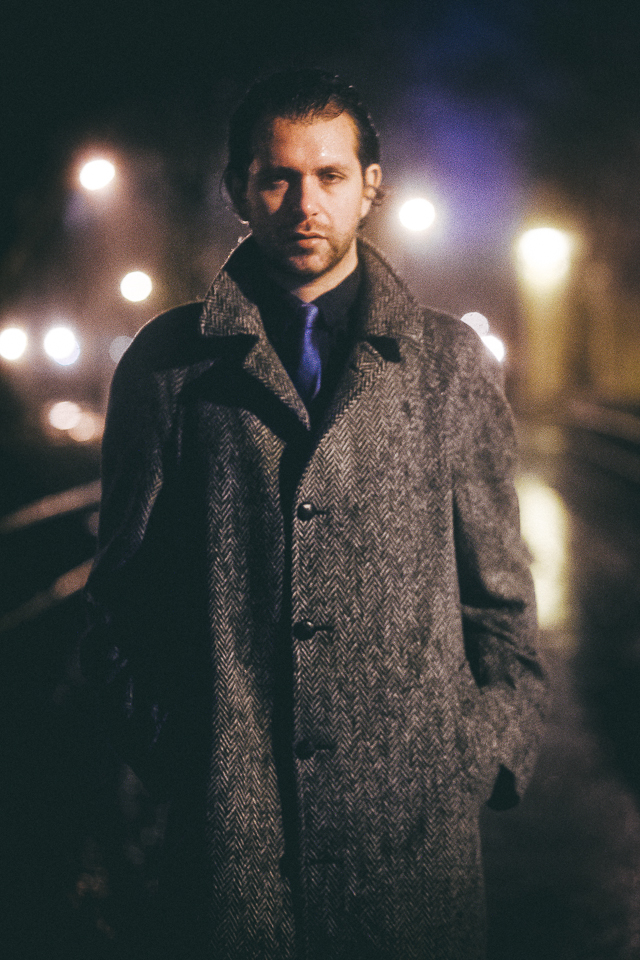 While there’s no shortage of new authors, the classic, raw and dirty coming-of-age rapscallion novel is in short supply, making Royal Young’s Fame Shark a refreshing and endlessly entertaining change of pace.  Now, Audible has released the audiobook version of Fame Shark straight from the lips of the child actor himself. I caught up with Royal Young to chop it up and discuss the hustle.

Jon Reiss: Do you feel like your dad really doesn’t like the book, or is he unable to express how he really feels about it?

Jon Reiss: Tell me about the response thus far to Fame Shark?  How has it stacked up to your hopes and expectations?

Royal Young: So far it’s been really great luckily, except for my family’s reaction, that has been horrible.  The public’s response has been really good, the private response has been…complicated. So that’s been interesting.  I think my favorite part of the response is hearing from people all over the world who have somehow found this book and really related to it–drinking a lot, doing drugs, searching for self-love that sort of thing. Having people tell me they related to it and that it helped them, that’s been the best part.  I’ve now got an amazing pen pal in Lagos Nigeria.

I guess I expected [it] to change my life in some big dramatic way.  That didn’t really happen. Like I said, the response has been great, but as Americans and myself as a very impatient, dramatic person, I had this idea that my life would just magically change overnight. I’m not sure what I thought it would change into…like champagne and strippers every night? No.  It’s been a lot more gradual. I feel like it’s pushed me to grow. The changes have been about connecting with people and dealing with old family issues that the book brought back up again.

JR: I think that’s a very common thing writers go through with their first novels. I think they all expect everything to change right away, but rarely do you hear them admit it.  It’s really honest of you to say that. I think that’s the kind of honesty that comes through in the book and makes it a fun read.  How did you feel reading reviews?

RY: I got lucky. It felt like that honesty you mentioned got recognized in the reviews.  I’m sure I’ll get bad reviews or hate mail down the line and I look forward to it. I tried to be as honest as I could in the book and I think people respected and appreciated that.

JR: What advice do you have for young, hustling writers who are where you were two or three years ago, trying to get that book out there?

RY: Jon Bon Jovi said, “it took me years to get famous over night.”  I love that and it’s really true. I worked for eighty years as a journalist and editing the book. It’s just about the hustle and about never ever giving it up.  When I saw Get Rich Or Die Trying 50 Cent’s movie directed by Jim Sheridan, I related to it so much, that was absolutely the mentality I grew up around in the Lower East Side, hustlers and junkies, even artists trying to make their art or die doing so. I don’t think there can ever be a plan B. I don’t have that and I never did. I’ve ruined my chances of having a nine-to-five job by putting out Fame Shark and writing about affairs with 14-year-old girls and threesomes with lesbians and all this drug use–I’ve kind of ruined myself for any other life other than a creative one. I think it’s important not to give yourself any other option. Fear is one of the best motivators.  Needing to publish a piece in order to eat is what did it for me.  I think being really comfortable and happy is creativity killer.

JR: Between writing, editing and publishing, how long did it take for you and do you think that time frame is average.
RY: I interview a lot of authors and ten years total is about the average.  Six to write it and workshop it, one to sell it and another year before it actually comes out. It’s definitely not a good process for an impatient person. I’ve really had to learn patience and that’s been good for me.

JR: The audiobook for Fame Shark is coming out. Did you envision as an audiobook when you wrote it? Do you listen to audiobooks?

RY: I do not!  I should probably lie and say that I do but I don’t.  I guess in a weird way I did envision as an audiobook but just because my thinking is grandiose and delusional,  but like I thought it would be a movie and a play and everything else too.  So, I don’t really listen to audiobooks but recording it was amazing.  My agent is got Audible to agree to let me do it myself which is great. I don’t think a trained voice actor reading this book would have fit the vibe.  We did it all over three days wherein I was reading each day for six hours straight, which was really intense. I hadn’t really looked at the book since it came out. I was so sick of it from the editing and bored of it from looking at the same pages over and over.  So, reading it aloud, it kind of hit me again how raw and emotional it is. The process was really intense and fun.  I ended up having to go back into the studio because every time I’d read a fight scene with my dad I would laugh, because the things I was saying to him to was just so rude and bratty, and everything he was saying to me was just crazy.

I think parts of the book can be very satirical and over the top. Whenever I read it I try to downplay some of that in the tone or insinuate through the reading that I’m past that phase in my life. The kid in Fame Shark is sort of a character to me at this point.

JR: What’s the best comparison or blurb about Fame Shark so far?

RY: Lily Koppel who wrote the Astronauts Wives Club, called it a sort of grittier, fame hungry Holden Caulfield which– you just sort of come all over yourself when you hear that. Jerry Stahl compared it to Phillip Roth and Jonathan Ames, both of whom I hugely admire, so that was great to hear.

JR: In the book you talk about being in the movie Bed of Roses as a kid.  Did you ever meet Christian Slater?

RY: Ha! No I don’t think he was on set when I was filming.  As a kid I was most aware of of celebrities that my parents knew, which is really telling.  When people ask me what the book is about I say it’s about a search for family rather than a search for fame. The reason I wanted to meet Mel Gibson wasn’t because I cared about Mel Gibson. It was because my dad had these issues with Mel Gibson, and knew who he was, so I wanted that experience.  My dad didn’t give a shit about Christian Slater so I didn’t go out my way to try and make contact with him.

JR: Do you feel like your dad really doesn’t like the book, or is he unable to express how he really feels about it?

RY: He’s done a 180. His first reaction was, and I quote, “I fucking hate it.I sound like a cheap, mean kike.”  But I think it had more to do with the fact that he has a public persona to a degree as an artist and I think he was uncomfortable with it because his persona in the book is not the way he thinks of himself.  The idea of people reading it was tough for him. The court of public opinion is tough. But as he realized that people responded well to his character, his attitude changed.  Now his artwork is in the book, which is amazing. Now he is really excited about the book.  And, look man, he’s an artist at the end of the day, so he loves the attention.  He can’t wait for the audiobook. He’s buying copies for all of his friends.