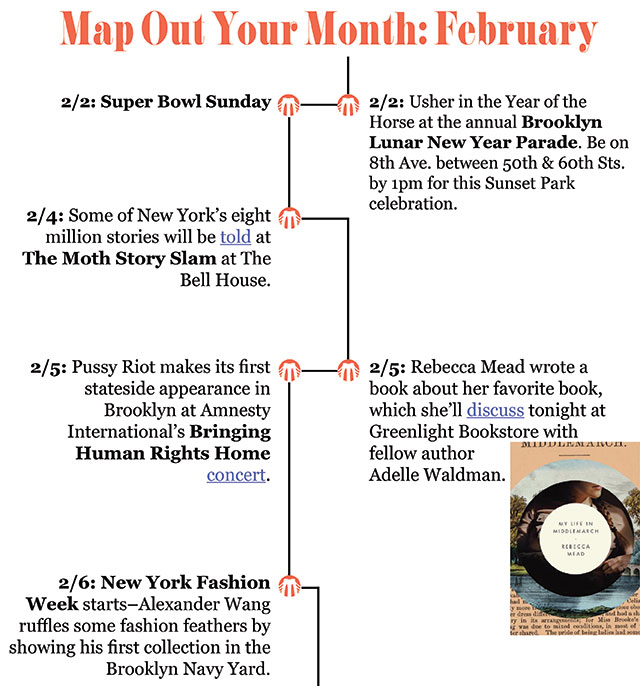 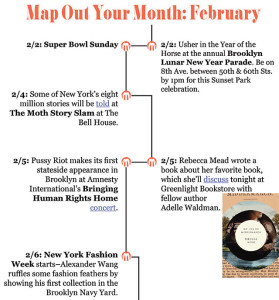 February might be the shortest month of the year, but there’s still a lot of great stuff going on. We don’t know whether or not Punxsutawney Phil will predict six more weeks of winter when the clairvoyant rodent rears its head on Feb. 2, but we can tell you what to expect in Brooklyn over the next 28 days.

The lineup for Amnesty International’s Brining Human Rights Home concert on Feb. 5 just keeps getting better. Madonna announced this week that she will join Maria Alyokhina and Nadezhda Tolokonnikova–two members of the feminist Russian punk band Pussy Riot–on stage for their first U.S. performance, plus this year’s Brooklyn’s Lunar New Year Parade is a time for horseplay, and the return of New York City Beer Week means Sober January is officially over.

Check out our new monthly map for more of what’s in store this February (and then add our event picks to your calendar while you’re at it.)