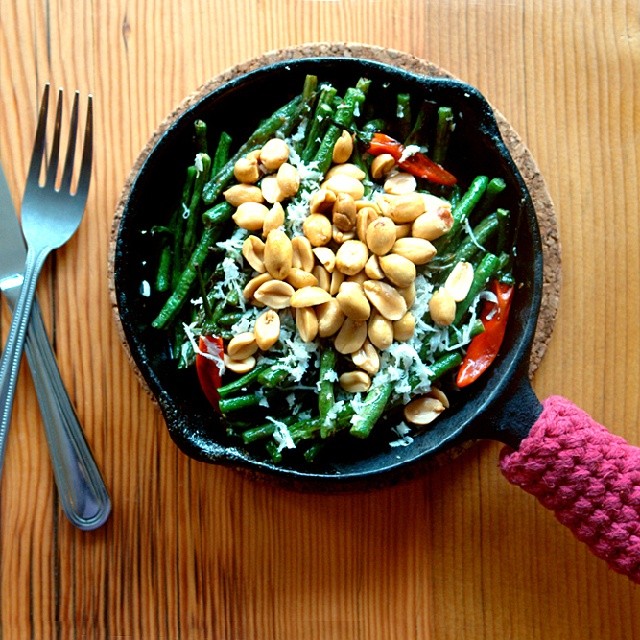 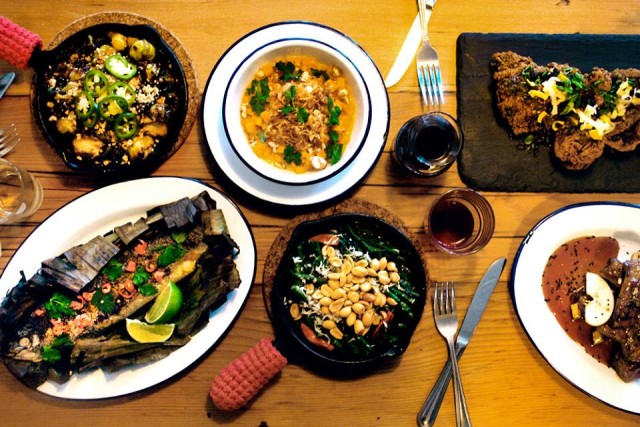 When we last discussed 184 DeKalb Avenue, I was a little short on nice things to say. As a devotee of all bread-based meals, I had anxiously awaited Fort Greene’s promising Brooklyn Sandwich Society. Once the eatery finally opened its doors last spring, it revealed a beautiful interior, some tasty small plates, and a lineup of overpriced, underwhelming sandwiches that made up just a small part of their dinner-only menu. “Focus your sandwich game or change the name,” I advised the so-called society in my review.

Well, I had no idea that all I had to do to make that happen was ask. In August, Brooklyn Sandwich Society officially dropped the sandwiches, renamed the restaurant Martha, after the patron saint of hospitality, and refocused the menu on locally sourced, internationally influenced, non-sandwich cuisine. On Martha’s original re-opening menu those influences ranged from Italian (smoked ricotta gnocchi) to Argentine (chimichurri hangar steak), although within a few months, Venezuelan-born chef Andres Valbuena reset his course once again, shifting toward East Asian-tinged dishes. While I’d normally be skeptical of a restaurant that jumps around this much, the new concept seems to have drawn crowds, and a few months later I’m pleased to report that Martha has indeed found its groove.

Cast-iron long beans with Thai chilies and peanuts are on the new menu. Photo: Martha

The new menu revolves around dishes that are somewhere between tapas-size and family-style. Meant to be shared, they range from $8 to $10 for vegetable side-shares, to $23 to $28 for entree-sized meat dishes. All in all, you can spend about $30 per person on food and come away very full.

Some of Valbuena’s creations are quite off-the-wall, particularly a lamb meatball dish that is served lollipop-style, on skewers, with a side of congee (rice-based Chinese porridge) containing black ear mushrooms, ginger-scallion puree, and a soft egg yolk. It’s a little unclear how you’re supposed to eat this one–apparently dipping the meatballs in the congee and then finishing the rest of the porridge off with a spoon? Regardless, the flavors are fun and delicious. Martha is often more successful when keeping it simple, as in long beans sauteed with peanuts, horseradish, cumin and hot-hot Thai bird chilies. The fried chicken, supremely crisp with a slightly sticky General Tso glaze and a spicy relish, is extremely tender and juicy, a major step up from its takeout-inspired title. 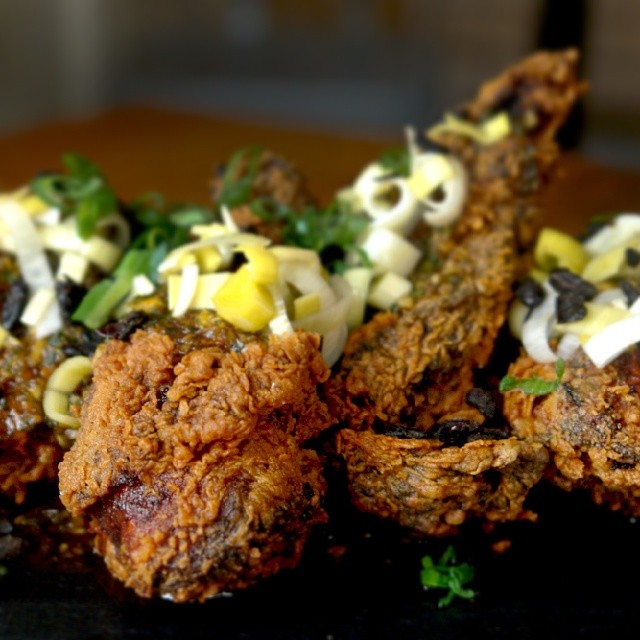 Martha’s seasonally-driven menu changes slightly from night to night, and other winter options range from littleneck clams and pork belly in green curry to tamarind-glazed short ribs, and brussels sprouts with fish sauce, honey, peanuts and pickled jalapeno. Even in a town where almost every new restaurant seems to be serving Asian-inspired, American-grown (don’t you dare call call it Asian fusion!) cuisine, Martha has managed to create a menu that stands out for its inventiveness.

Cocktails are exciting as well, with interesting options like a ginger-lemon-vermouth drink made with Byrrh–a red-wine-based aperitif, and there’s a nice lineup of local craft beers, too. I still wouldn’t be at all upset if someone wants to open a genuine sandwich shop on DeKalb, but in its new and best-yet iteration, Martha is a very welcome addition to the neighborhood.