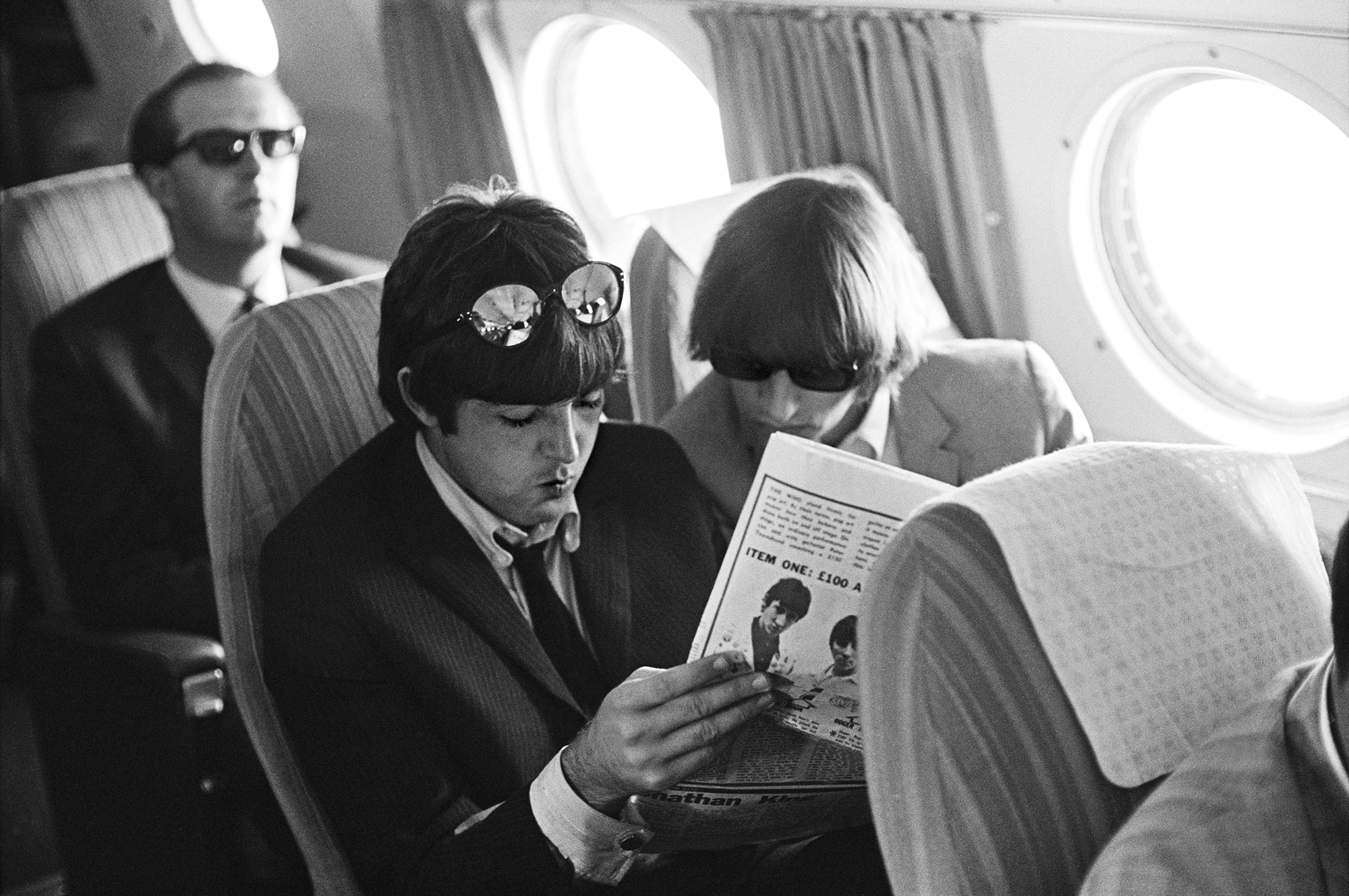 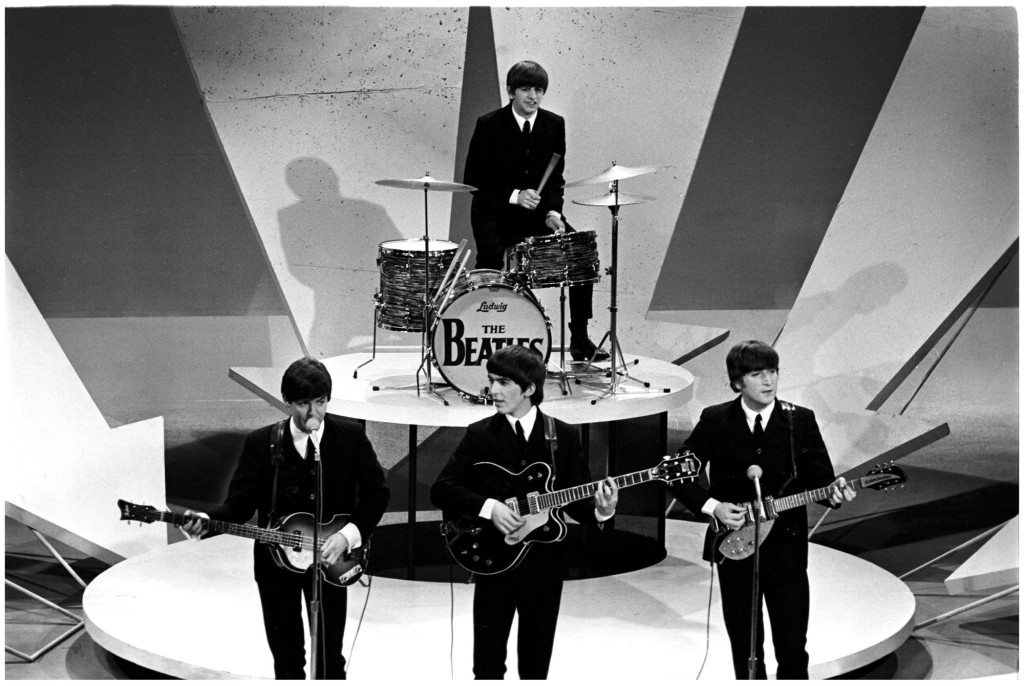 Where were you on the night of February 9, 1964? If you were an American with a pulse at the time, you most likely would been among the 74 million people watching the Beatles perform their first U.S. television appearance on The Ed Sullivan Show–an electrifying moment that changed history forever. For a nation still reeling from the death of President John F. Kennedy the preceding November, the Beatles’ arrival in America, two days before the Sullivan appearance, unleashed a teen fan hysteria like no other. That first and memorable visit to America 50 years ago is being commemorated through a series of celebrations over the next couple of days through music, TV and an exhibit that will make you relive the rise of Beatlemania and the band’s profound influence on culture and music to this day. 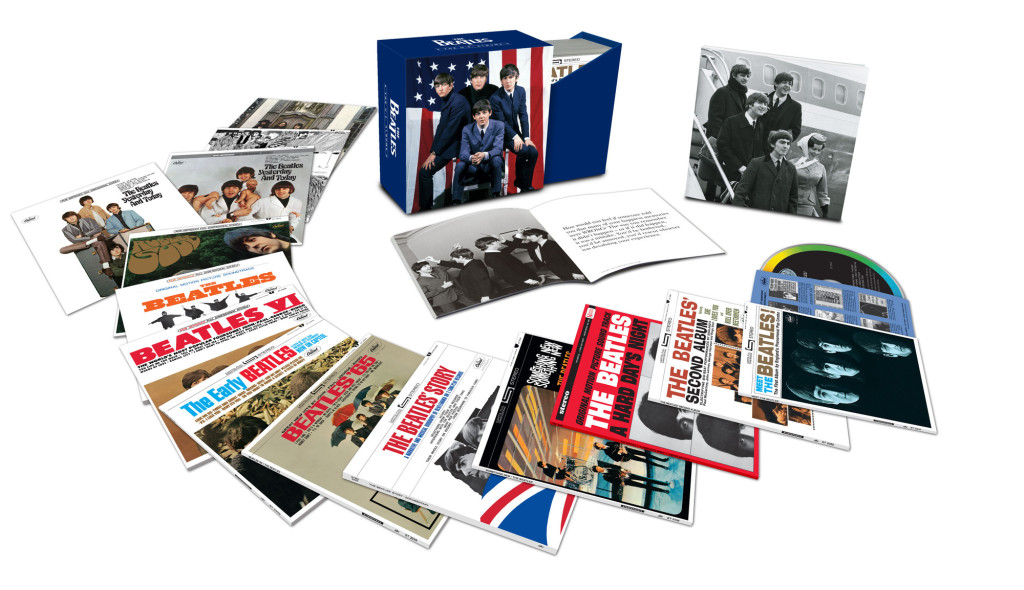 For starters, Universal Music recently reissued a new Beatles boxed set The U.S. Albums, a 13-CD collection of the music that was released only in America from 1964 to 1970 via Capitol Records (They are in chronological order: Meet the Beatles!, The Beatles’ Second Album, A Hard Day’s Night, Something New, The Beatles’ Story, Beatles ’65, The Early Beatles, Beatles VI, Help!, Rubber Soul, Yesterday and Today, Revolver, and Hey Jude). While the music from the albums is the essentially same as we know today, the track listing and packaging for those records were quite different from their British counterparts–for a generation of Americans during the ’60s, these were the only Beatles records they knew and bought. Songs, for example, that were from one particular British album were sometimes spread out on different American albums–tracks from Help!, Revolver and Rubber Soul appeared on Yesterday and Today, as well as the inclusion of instrumental  interludes on A Hard Day’s Night and Help!. Capitol, the band’s U.S. label, also released albums that had different cover art and titles from the British versions (i.e. Beatles VI, Something New, Beatles ’65).

The real treats with these reissues–which are also available separately except for The Beatles Story and packaged quite nicely in vinyl replica form–are that nearly all of them are presented in both mono and stereo versions and with the original sleeves. Hey Jude, a compilation of mostly non-album singles that has been long out-of-print is now available for the first time on CD.

On television this Sunday night, CBS is commemorating the 50th anniversary of the boys’ appearance on The Ed Sullivan Show with The Night That Changed America: A Grammy Salute to the Beatles, a two-hour special of Beatles songs performed by modern musicians. Among them are Maroon 5, Alicia Keys, John Legend, John Mayer, Eurythmics and surviving members Paul McCartney and Ringo Starr—the latter two playing together again is guaranteed to be the most poignant moment of the special. 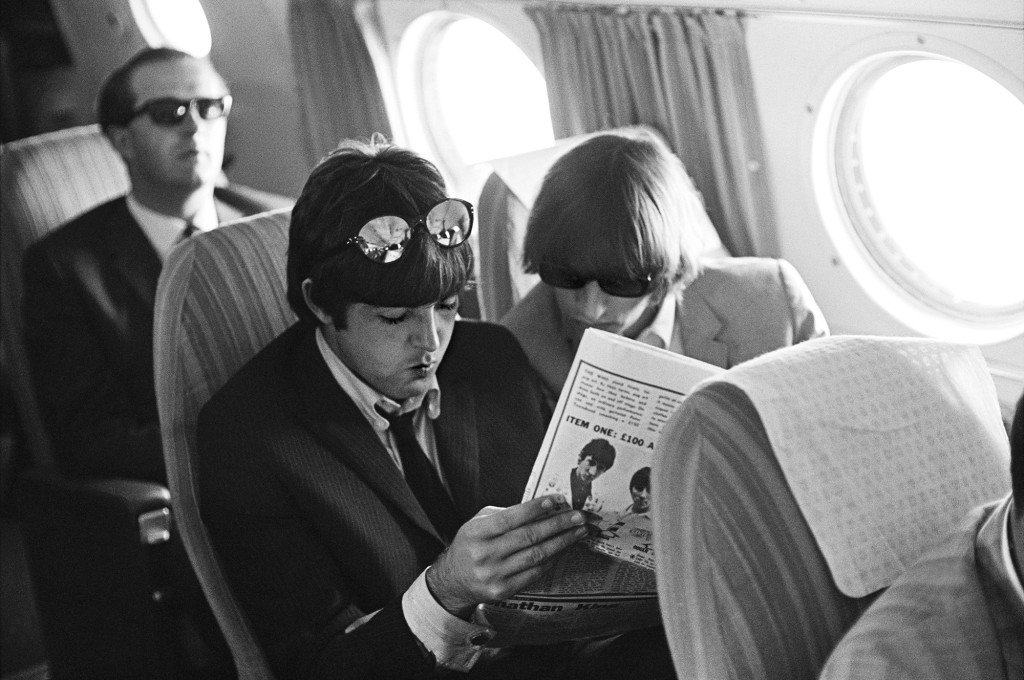 Paul and Ringo on a plane en route to the Cow Palace near San Francisco, California, August 30, 1965
Photo: Bob Bonis www.BobBonis.com © Not Fade Away Gallery

Here in the Big Apple—where it all started—the New York Public Library, in conjunction with the Grammy Museum, is also celebrating the Fab Four’s U.S. arrival with a special free multimedia exhibit, Ladies and Gentleman…The Beatles!, on display through May 10. Spanning the years 1964 to 1966, the show will feature 400 items from that groundbreaking period including photographs by Bob Bonis, the band’s manager on their American tours, Paul’s jacket worn at the legendary 1965 Shea Stadium concert and John Lennon’s glasses.

Lastly, there’s the Fest for Beatles Fans also here in New York that kicks off Friday and runs through Sunday at the Grand Hyatt. It’s the ultimate gathering for Beatlemaniacs with activities, panel discussions, vendors, and special guests who have a connection to the Fab Four–including Donovan, Peter Asher of Peter and Gordon fame, the Smithereens, Chad and Jeremy, and Beatles historian Mark Lewisohn. Brooklyn’s own Jere Hester will be appearing throughout the fest and signing copies of his new book, Raising a Beatle Baby.

The Beatles’ The U.S. Albums boxed set and its individual albums are now available on Amazon.com.

The Night That Changed America: A Grammy Salute to the Beatles airs Sunday at 8pm on CBS.

Ladies and Gentleman…The Beatles! is now on display at The New York Public Library for the Performing Arts, 40 Lincoln Center Plaza, New York, and runs through May 10. Hours are Monday and Thursday 12-8pm, Tuesday Wednesday, Friday and Saturday noon-6pm. Free.