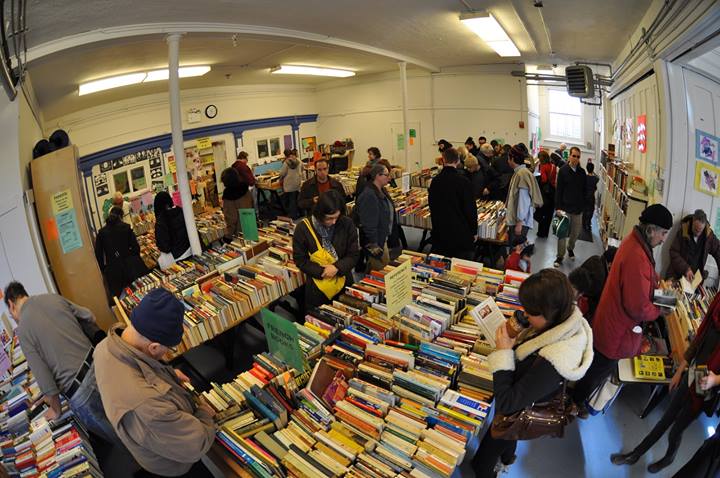 Plan Ahead: It’s time again for Food52’s annual Piglet Tournament, which pits 16 of the hottest cookbooks of the year against in each other in a bracket-style competition. This time around, there are several entrants from Brooklyn, including Robicelli’s and Roberta’s, and judges like April Bloomfield, David Chang, Sam Sifton and Brian Boitano will be narrowing the field. Tickets to the March 3 party, where the winner will be announced, are now on sale for $25, which covers Brooklyn Brewery beer, cocktails and snacks from places like Ovenly and Momofuku.

Feb.19: (Williamsburg) If Misfits meets Nirvana sounds like the kind of band that gets you moving, then you’ll want to get over to Death By Audio to catch Radkey, a punk trio of Missouri brothers making a quick NYC stop on their way to London.

Feb. 19-23: (Park Slope) Brooklyn’s largest, used pop-up bookstore is back. The annual Book Sale at Park Slope’s United Methodist Church begins on Thursday, the first time the annual event has expanded to four days. The preview night costs more to attend, but you’ll get choice dibs on books, typically priced between $1 and $2.

Feb. 22: (Bushwick) Be at Bat Haus between noon and 6pm this Saturday for a local food makers pop-up market called Batchery. There will be plenty to sample, free hot chocolate, music and a chance to speak with the culinary creators of local fare for Bacchanal Sauce, Brooklyn Delhi, The Jam Stand, Cocktail Crate, Mike’s Hot Honey, Better Off Spread, Plate and Pencil, Fatty Cakes and more.

Feb. 22: (Williamsburg) We already know Andrew W.K. likes to party hard, but he’ll be proving this point again at Brooklyn Bowl on Saturday by selecting the tunes for a national edition of NY Night Train’s Soul Clap and Dance Off, where dancers from across the country will compete for a $1,000 grand prize.

Feb. 25: (Gowanus) What goes better with BBQ than beer? Dinosaur Bar-B-Que and Other Half Brewery are throwing a special dinner party this Tuesday to test this theory. The two are collaborating on special dishes like pork belly tacos braised in IPA and cheddar ale soup made with Ape Hanger Ale, the BBQ joints house brew. Each course will be paired with special beers from Other Half. The five-course prix fixe dinner costs $50 and is party of the events organized for NYC Beer Week.