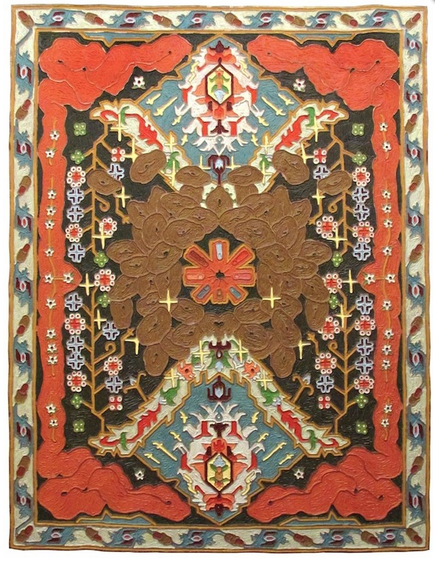 Brent Owens’ painted wood reliefs, like “Warmhole,” above, are on view at English Kills gallery, one of the stops on Friday’s Beat Nite crawl. Photo: courtesy Brent Owens.

When Bushwick Beat Nite debuted in 2009, the neighborhood, nighttime art crawl featured seven Bushwick art spaces and galleries–the total number in existence at the time. Today there are over 50 galleries in the city’s premiere frontier of art making, and for each new edition, the event’s founder Jason Andrew, of longtime arts organization Norte Maar, invites a guest curator to select a handful to visit. This Friday’s installment was handpicked by gallerist and artist Austin Thomas, whose Pocket Utopia gallery was one of the original Bushwick art spaces (it’s now in the Lower East Side). She chose 10 spaces, from pioneers like English Kills to newer participants including Studio 10, and the 6-10pm crawl wraps up at The Narrows–located in Project Utopia’s former digs.