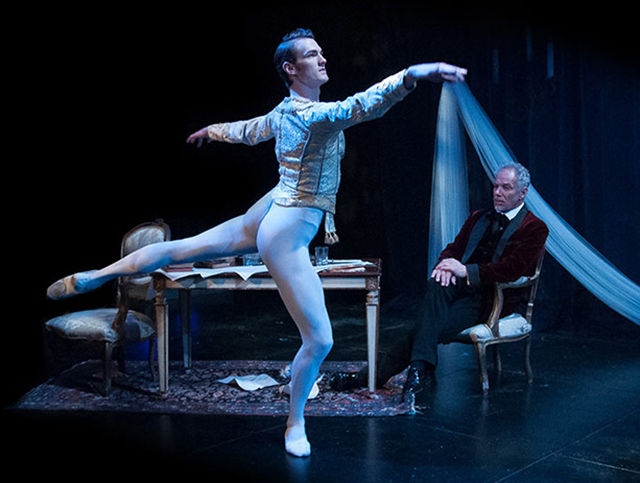 Ensemble for the Romantic Century is staging a tale about Tchaikovsky and his sugar mama, Madame von Meck, beginning March 5 at BAM Fisher. Photo: BAM

If you’re hungry for more Russian fanfare following the closing ceremony in Sochi, the Ensemble for the Romantic Century has your craving covered. From Wednesday to Sunday, the ERC will perform Tchaikovsky: None But the Lonely Heart at the Fishman Space inside BAM Fisher. The production, brought to you by writer Eve Wolf and director Donald T. Sanders, tells the story of the beloved Russian composer and his unconventional, 16-year, letter-filled relationship with Madame von Meck performed by Simon Fortin and Ariel Bock of Shakespeare & Company. The show will feature live chamber and vocal music from violinist Rachel Lee Priday, cellist Adrian Daurov, tenor Blake Friedman and Wolf on the piano. Tickets start at $70.