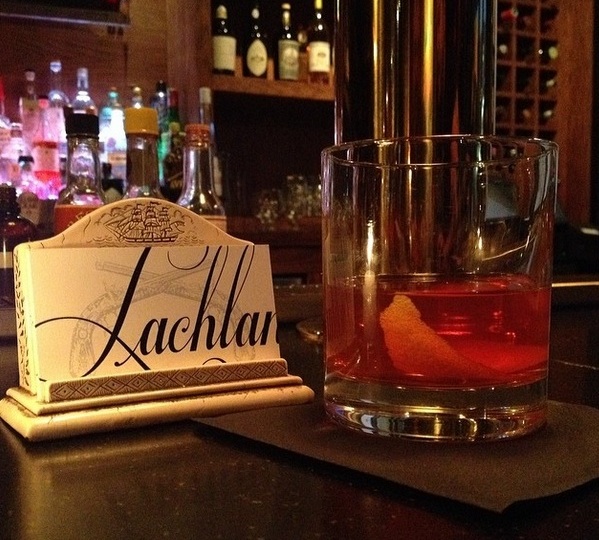 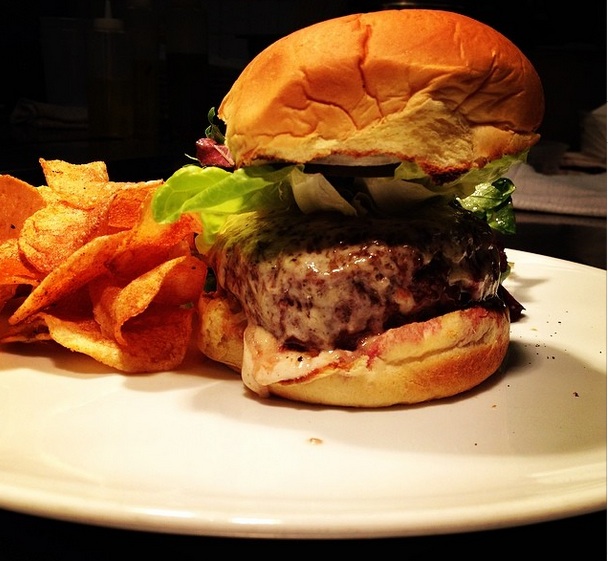 When we last reported from 312 Graham Avenue  back in early 2013, Gwynnett Street was one of the hottest restaurants in Brooklyn, earning raves (including from yours truly) for its so-odd-it’s-amazing tasting menu, which featured everything from lichen chips to blood dumplings. The East Williamsburg restaurant earned two stars from the Times, among lots of other critical acclaim. It’s been an…interesting year for the restaurant since then. The original chef left in April after a reported falling out with the owner. Then in December, said owner was arrested on charges of trafficking ingredients for the drug Molly, though he was not subsequently indicted. That could throw a loop into any establishment’s operations, and the second chef, along with most of the staff, headed for the exits as well.

After operating for a few weeks with a more casual menu but the same name, in January Gwynnett Street officially reopened as Lachlan. The decor and setup are still exactly the same, but the fanciness has been toned down a bit, with a new focus as a gastropub and a less upscale menu from chef Alexis Krisel, formerly of Allswell. The menu is not nearly as ambitious and original as it was in its former iteration, but considering this is Graham Avenue and not Gramercy, it’s probably more in line with what most of the neighborhood wants, and there seems to be a cozy scene at the bar most nights. 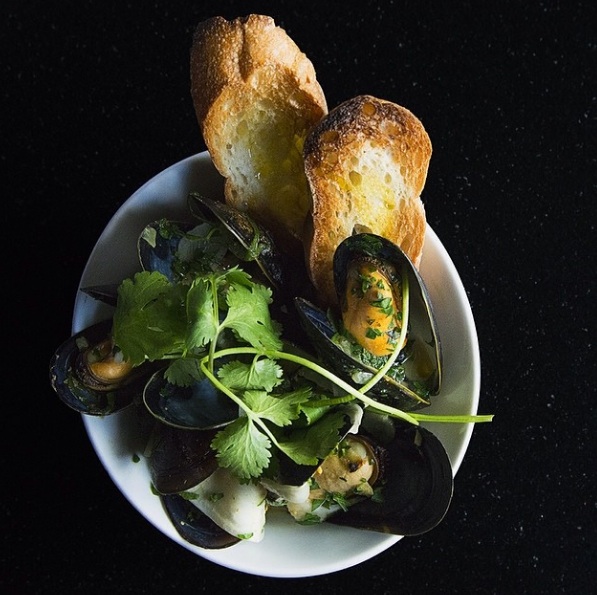 The best news for fans of the late Gwynnett Street is that the restaurant’s mouthwatering whiskey bread is still on the menu at Lachlan. I am still fighting this whole paying-for-bread-and-butter trend, but even I can’t argue with the $5 price tag for this rich, crispy-on-the-outside, soft-and-warm-on-the-inside loaf. It’s also now available grilled and served with chicken liver pate (which is delicious), or with beets, tahini and za’atar spices. Elsewhere on the bar snacks portion of Lachlan’s menu, there are crispy batter-fried olives, delicious quail-filled wontons, and the ubiquitous (at least in Brooklyn) brussels sprouts with bacon. The rest of the menu is divided into small plates ($10 to $13) and entrees ($14 to $19). The cocktails (New Amsterdam gin with green chili and coriander; vodka with Creme de Violette and tarragon) are as good as they were at the predecessor, and at $8 during happy hour (which goes until 8pm), a good deal too.

Food-wise, things are a little hit and miss. Charred octopus, playfully paired with clementines, beets and yogurt, hits all the right sweet-savory-and-just-a-little-spicy notes, and the country pâté is pretty perfect, but curry-cilantro mussels somehow fall closer to the meh end of the flavor spectrum. A serving of pappardelle pasta with ricotta, leeks and guanciale is comically small for an alleged entree, and while a  sunchoke soup poured tableside over oyster mushrooms, preserved lemon and pickled chilies is as beautiful as anything that was served at Gwynnett Street, it also pushes the definition of small plate, with barely more than a shot glass worth of soup. Other entrees, like a newly added Meat Hook-sourced burger, are more substantial, and there’s also a quite reasonably-priced brunch menu, but it’s worth noting that two friends and I shared two entrees, three small plates and three bar snacks, and left deliberating about whether to grab a slice of pizza. The pricing and sizing is not horrible, and not out of line with the rest of Williamsburg–just a little all over the map. 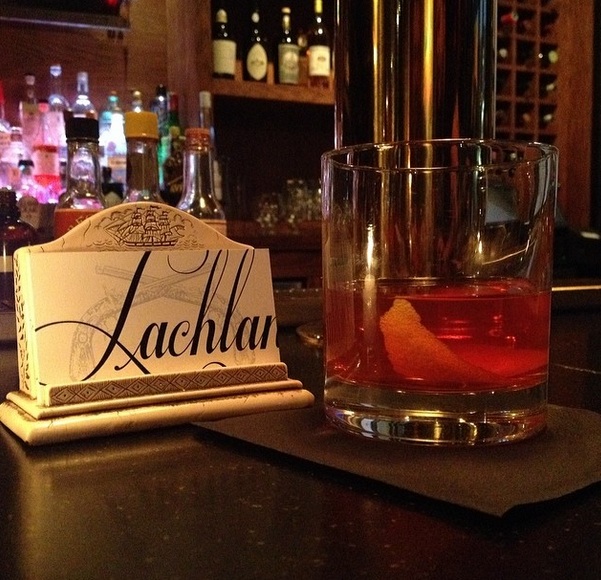 Overall, Lachlan has heaps of potential but isn’t quite sure what type of restaurant it wants to be –a neighborhood place where you can meet a friend for cocktails and a burger, or an upscale restaurant with tiny, dazzling dishes served on giant white plates. It seems to be trying a bit too hard to be both. To be fair, it’s understandable that this tumultuous spot would end up with an identity crisis. There are definitely some stand-out dishes here, but Lachlan ends up feeling not quite neighborhood-y, not quite special occasion, so I’m not sure when I’d recommend one go there. Except of course, to eat whiskey bread and drink whiskey cocktails at the bar until the end of time.